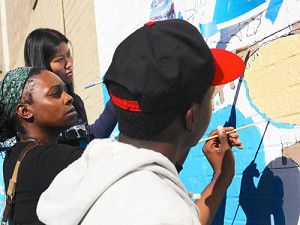 Volunteers work on the mural in Coney Island, N.Y. 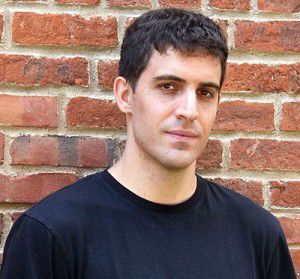 Volunteers work on the mural in Coney Island, N.Y.

Sam Wisneski doesn’t want Coney Island to be an “island unto itself,” so to speak.

He wants the neighborhood to stand as a beacon of community, unity and love. People helping people.

That’s one reason why the artist is so honored to be part of a new project.

It’s an outdoor mural being painted on a Coney Island school pounded by Superstorm Sandy in fall 2012. The work seeks to celebrate the local resilience.

Wisneski — a 1996 Ripon High School graduate — is the lead artist.

The mural is going up on a brick wall along the schoolyard at “The Surfside School” — an elementary school in Coney Island, N.Y. It was ravaged in the storm.

“Located two blocks from the Atlantic Ocean, the Surfside School sustained approximately $1 million in damage during Superstorm Sandy, and [students] did not regain full use of the building until February 2013,” reads a detailed blog about the mural project (www.2020schools.com/ps329mural).

It was reported that the sand in the school was so deep that crews carried out the equivalent of 10,000 sandbags.

From this tragedy, the mural idea was born.

Design ideas were solicited from students, families and staff with the question: “How do you help a neighbor in need?” ... Continue reading in the Oct. 10 issue of the Ripon Commonwealth Press.