You have permission to edit this article.
Edit
Home
News
Green Lake News
Sports
Editorial
Obituaries
Real Estate
What To Do
Classifieds
Contact Us
e-Edition
1 of 2 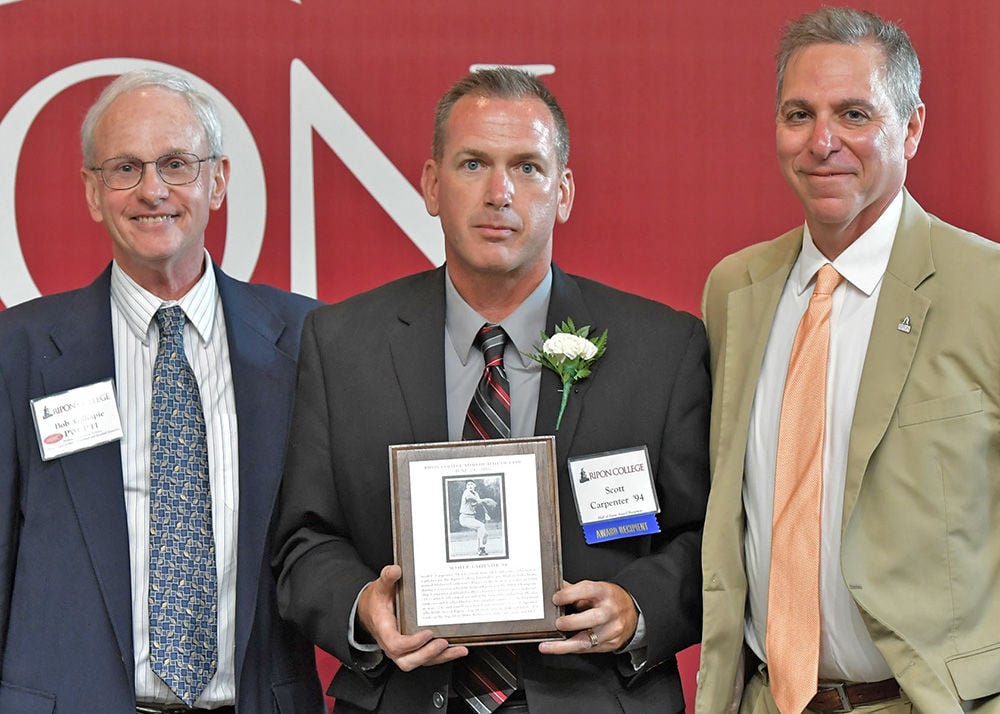 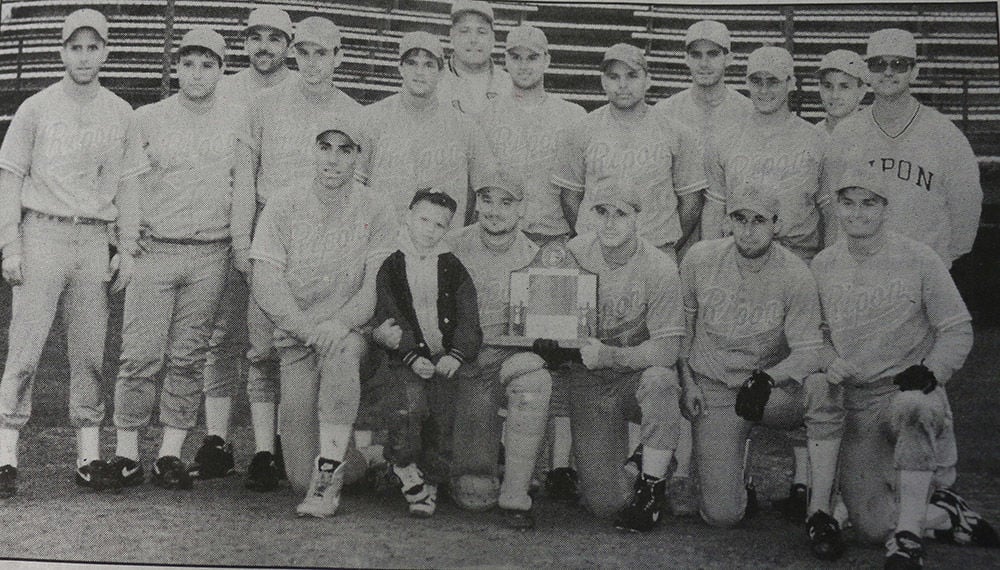 Growing up in Ripon, Scott Carpenter always wanted to attend and play baseball at Ripon College.

But never did he imagine his name being in the same company as Bob Gillespie, Dick Bennett, Kermit “Doc” Weiske and many other Ripon College greats.

The former Ripon Tiger and Ripon Red Hawk standout found himself in their company in late June as he was inducted into the Ripon College Athletic Hall of Fame during a ceremony that was part of Alumni Weekend.

Carpenter, who played at Ripon College from 1990 to ’94, was presented into the hall of fame by his former coach, Bob Gillespie.

For information on what Gillespie had to say about Carpenter, see the sidebar to the right.

Carpenter graduated with a Ripon College record for career strikeouts (215), which still ranks second in school history. He also ranks second in complete games (27), tied for third in wins (24) and fourth in earned run average (2.55).

Before excelling at Ripon College, Carpenter helped the Ripon High School baseball team win the 1988 state championship and was part of two state titles with the Ripon American Legion team.

Carpenter resides in Lake Mills, Wis., with his wife, Gina, and their two children. He is employed by Pinnacle Sales and Marketing.

After his induction into the Ripon College Athletic Hall of Fame, Carpenter took time to answer some questions from The Ripon Commonwealth Press.

Q. What was your reaction when you were informed that you were being inducted into Ripon College’s Hall of Fame?

A. I was very surprised. It was nothing that I ever anticipated the first day I stepped on campus at Ripon College. It wasn’t my main mission and goal. My main mission was to win a conference championship with my teammates and whatever else happened after that, happened. It was a nice honor, but I would rather have won four conference championships with my teammates. But it’s always nice to get an individual award like that and being recognized for the accomplishment that you had done at Ripon College. I was humbled.

Read the full story, which includes the rest of the Q&A in the July 7, 2016 edition of the Ripon Commonwealth Press.

Will you get the COVID-19 vaccination

Three single-family homes in Green Lake worth checking out

Three homes on the market in Ripon with plenty of amenities and listed around $300,000