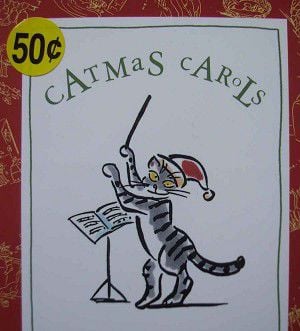 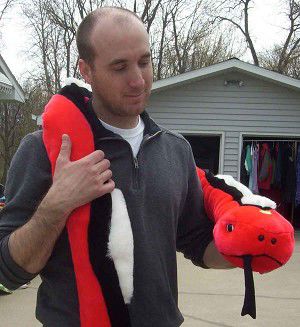 Strolling around Green Lake’s annual citywide garage sale on Saturday morning, something occurred to me:

Most of this stuff is doomed for the curb.

Then — right after darkness falls — all the cheapskates like me will suddenly reappear and start pawing through the heaps like starving raccoons.

Nobody wanted this stuff when it was priced at $2, but once it’s free ...

With that, it’s time for the Commonwealth’s third-annual “Awards for Outstanding Achievement” in the Green Lake garage sales.

Award 1: Most likely to tempt Eve in the Garden of Eden

This reporter tried the plush serpent on for size, prompting Seaman to declare:

Seaman then quipped he couldn’t tell who was better looking — the news columnist or the snake.

Award 2: Best example of a ‘Whale of a good deal’

Everyone fondly remembers watching thousands of pounds of blubber soar through the air in “Free Willy.”

Carla Goode was selling the complete series on VHS — all for only $9.

See all eight Green Lake awards — including this year’s Grand Prize — in the May 12 Ripon Commonwealth Press.