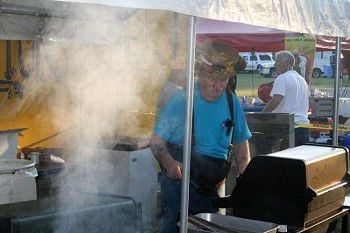 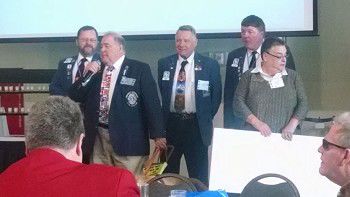 NEARLY A YEAR AGO, AN unassuming man by the name of “Tony Vranak” passed away in a motor-vehicle accident.

He was the kind of man many around Ripon knew, or were familiar with, for one reason or another. Maybe it was the hamburger hat he wore when manning one of the many brat fries at which he helped. Maybe it was the tireless volunteerism he did at the Community Thrift Store... however you knew him, chances are you thought of him as someone who gave mostly of his time.

And maybe you believed that was all he could afford, even though his minutes were cut short sooner than anyone could have predicted.

It turns out, though, there was another side to him:

Tony, the thrifty spender who passed away with money in the bank. Tony, who as his last gift to Ripon, gave away tens of thousands of dollars to area organizations, as one final way to help his adopted community be a better place.

“People would have thought he was the poorest man in Ripon, but he was just a thrifty person,” niece Pat Wood said of her Uncle Tony. “He would come to my house for meals; he came to my house to watch TV — he didn’t have a TV. I guess he gave his money to who he thought needed it the most.”

Tony also likely would shirk any attention given for such an act, his niece added. ...

TONY CAME TO RIPON, in fact, as one in a string of selfless acts. “He had 16 brothers and two sisters; he came to Ripon because my mom was one of his two sisters and my mom had Parkinson’s,” said Pat, who had been helping as a caretaker as well. “He would help take care of my mom so I would have a break. In fact, he was in Ripon taking care of [her when his wife passed away] ... My mom passed, and he just stayed.”

... With his will having been executed, money from his estate recently was disbursed to several organizations.

Ripon Rotary and Early Bird Kiwanis, for instance, each received more than $11,000.

St. Catherine of Sienna Church in Ripon? It received his modest home, valued at $13,000. Annuities from life insurance were sold, with proceeds going toward the Lions Foundation, which received $48,000, and the Knights of Columbus.

His possessions then were given to the thrift store.

To read the entire column, see the June 11, 2015 edition of The Ripon Commonwealth Press.