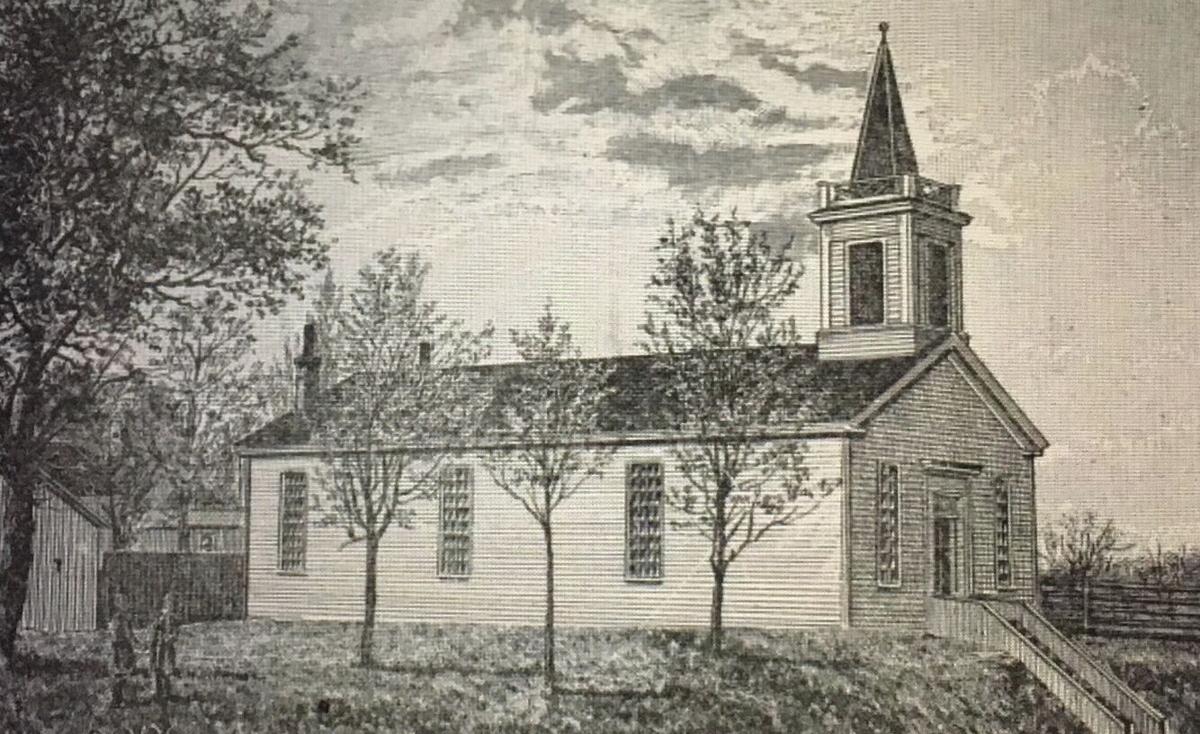 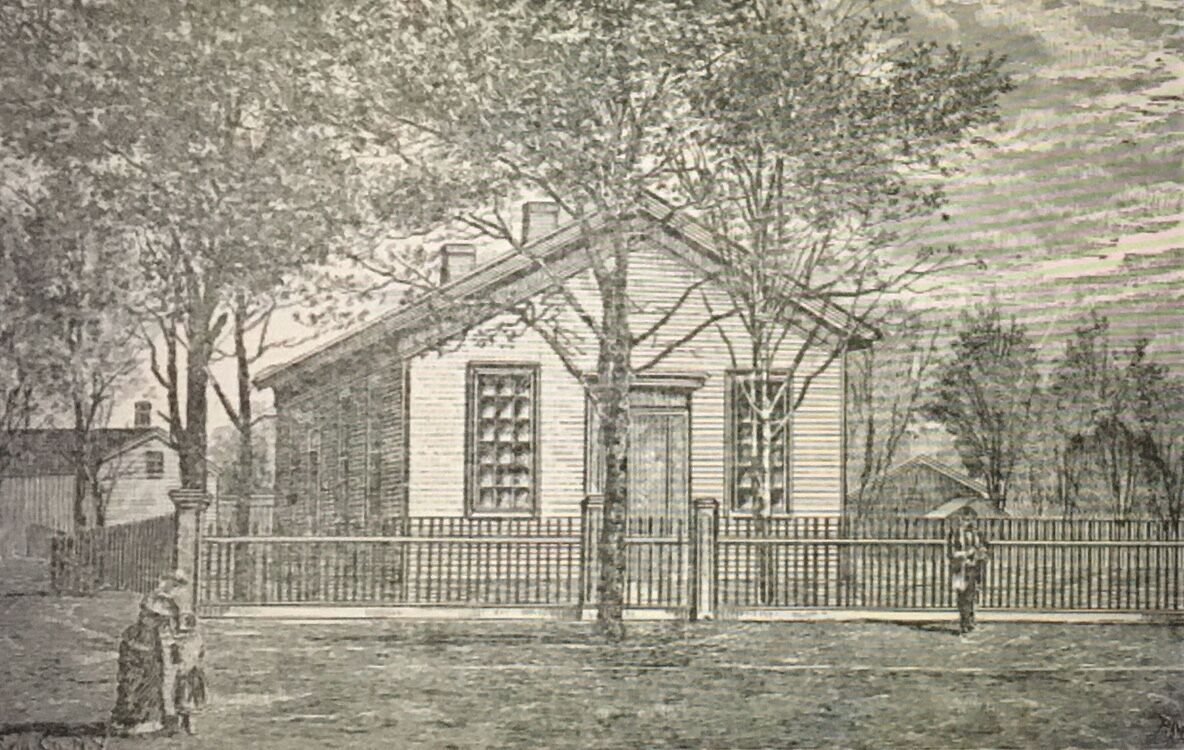 “The adoption of this name was as much inevitable to success as was the nomination of Abraham Lincoln in 1860.”

— Republican Party organizer Alvan Bovay recalling how, as early as May 1852, he had championed the name “Republican” for a new anti-slavery party he and other Ripon residents helped create almost two years hence.

Historians can argue about where and when the Republican Party began, and Ripon’s claim is as strong as any, but an 1884 history of the GOP’s founding reminds us that it was a Ripon resident who named if not started the new movement.

A first edition of that book, “History of the Republican Party” by Frank A. Flower, is owned by the Friends of the Ripon Library. The book is as rare as its condition is rough. Starting Thursday, the Friends will open an auction to award the book to the high bidder. “The pages are completely loose from the binding,” Friends volunteer Debbi Konecny reports, but the “pages are readable with no water or mold damage.”

Bidding via Facebook private message to Konecny will end at 3 p.m. on Saturday. Proceeds will benefit the library.

The book will reward its new owner with a fascinating glimpse into the creation of one of America’s two major political parties, bringing lasting credit to Ripon’s role in the dramatic GOP genesis. It’s all there, in chapters 14 and 15, from pages 145 to 167.

The trigger for establishing a new party was the proposed Kansas-Nebraska bill, which would extend slavery, Flower wrote, into “every foot of free soil embraced in the new tract of territory but not yet erected into the states,” despite the Missouri Compromise of 1820 that prohibited slavery’s spread above the 36 degree, 30’ parallel (except for Missouri).

“The blood of the North was hot. Meetings were held in almost every school-house in the free states to adopt resolutions of protest,” Flower wrote. The nation, he added, was divided by two camps: “One worshipped at the bloody shrine of slavery, willing to destroy constitutions, laws, treaties, personal rights, Christian precepts, even human life to perpetuate its reign for selfish purposes. The other, bearing aloft the eagles of freedom, asked nothing for itself, but was consecrated to any hardship or sacrifice necessary to achieve the amelioration of a degraded and down-trodden race.”

Flower acknowledges that while many have claimed ownership of the party’s birth, “no historian has yet made such an investigation…[to] establish the clear title…”

But then he cites [President Grant’s Vice President] Henry Wilson’s “Rise and Fall of the Slave Power in America” (1872) which credits the “methodical and premeditated action to organize Republicanism” to Ripon, site of “one of the earliest, if not the earliest, of the movements that contemplated definite action and the formation of a new party…”

Wilson describes the first meeting at the Congregational Church in Ripon on Feb. 28, 1854, at which men and women attending bemoaned the subservience both parties showed toward slave holders and proposed creation of a new party dedicated to freedom, should the Kansas-Nebraska bill become law.

“Now is the time to organize a great party to oppose [the spread of slavery],” party organizer Alvan Bovay had written to his friend, New York Tribune editor Horace Greeley, two days before Ripon’s first meeting.

A t the second Ripon meeting March 20, 1854 in the Little White Schoolhouse, attendees moved forward with their plans, despite President Pierce not signing the Kansas-Nebraska Act until May 30 of that year. They dissolved the local Whig and Free-Soil parties, and formed a committee of five representing those parties as well as one Democrat, to form a new party. It was at that meeting that Bovay stated the party should and probably would be called “Republican.”

Bovay then wrote to Greeley to poll his readers about the party’s proposed new moniker.

“Thus early did the men of that frontier town inaugurate a movement which was destined to sweep and control the nation … and change entirely the policy of the government,” Flower wrote.

In February 1884, Bovay wrote to Flower pointing out that on Friday, June 9, 1854, Ripon (getting mail only twice weekly) received a copy of Greeley’s Tribune that contained the article in which Greeley recommended dissolving the Whig party. This prompted Bovay on June 12 to then write to Greeley asking him to publish the new party’s name, “Republican,” which the editor did on June 24. (Bovay’s wife complained in a March 2, 1884 letter to Flower that she didn’t like the “gingerly way” in which Greeley presented the new name, nor did she appreciate that Greeley neglected to credit her husband with suggesting the new label.)

“I say the suggestion of the name made in that little article came from me,” Mr. Bovay said. “… and I say further that, to the best of my knowledge and belief, it was the first appearance — in print — of that name applied or to be applied to the modern party.”

Bovay reports in detail how, where and why he had suggested the name to Greeley two years earlier but noted the editor then was reluctant to give up the “Whig” title, shedding it only after the Kansas-Nebraska bill passed. Bovay argued“Republican” denotes a common weal — equality that means “you are as good as I.” But Greeley wasn’t ready for it, yet.

“I think my friend Greeley valued names too lightly,” Bovay wrote in his 1884 letter to Flower. “The party name is the banner under which its hosts rally. The eagle is a noble emblem, but who could fight under the shadow of a goose?”

Included in Flower’s book is a marvelous letter from city of Ripon found David Mapes in which the captain describes the second meeting, which he did not attend. “I remember well that the ‘tallow candle’ kept up its light in the little white school house, on the prairie, long after midnight, and that when [Bovay] came home and was asked what he had been doing, he replied, ‘I have been making a bit of history.’”

Mapes’ next line is most significant: “There is not the least doubt that the Republican party had its formal birth here, in Ripon; and here the Republican name was familiar to all ears before it was heard elsewhere…”

Anyone just wanting to read the book can do so online here: https://www.google.com/books/edition/_/NyANAAAAIAAJ?hl=en&gbpv=1&kptab=overview

Check out 30 photos of this Green Lake dream home, listed for more than $1.5 million