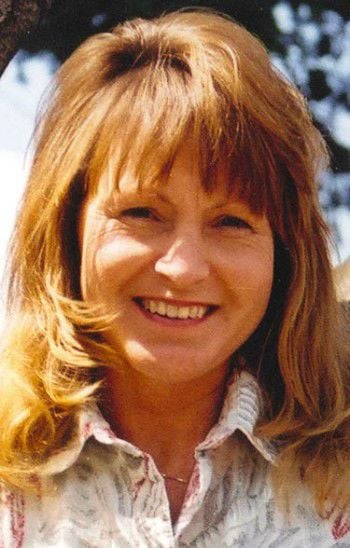 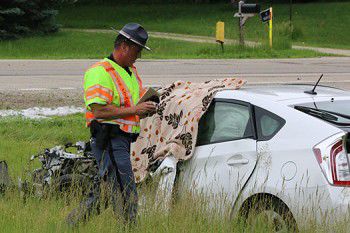 Today (Wednesday) should have been Linda Trotter’s 64th birthday.

The Ripon woman died last June in a three-vehicle crash for which her only fault was being in the wrong place at the wrong time. Trotter’s Toyota was going east on Highway 23 between Ripon and Rosendale when it struck a Ford that careened into her lane after being hit from behind by a vehicle driven by Heather Cleveland, Lomira.

Three weeks ago, Cleveland, 25, was charged in Fond du Lac County Circuit Court with homicide by negligent operation of a vehicle, a class G felony for which, if convicted, she could face up to 10 years in prison and a $25,000 fine.

Whatever sentence Cleveland risks receiving, it doesn’t compare with the instant death penalty Trotter was issued. Trotter’s obituary suggested that she was a hard-working woman with a big heart:

“She worked at Michel’s of Brownsville, WI, as a dump truck operator. Linda was a member of Trinity Evangelical Free Church in Ripon. She was also a sponsor of New Life Community Center, a Christian orphanage in Kenya. She was active in numerous activities and ministries within both the Trinity Evangelical Free Church and New Life Community Center. She loved and enjoyed gardening, shopping, crocheting, and arts and crafts.”

According to the criminal complaint, Cleveland allegedly may have been texting in the minutes leading up to the crash. She also was found to have methadone in her system, for which she had a prescription.

According to the National Highway Traffic Safety Adminstration: Methadone “may impair the mental and/or physical abilities required for the performance of potentially hazardous tasks ... Heroin addicts treated with methadone are generally not fit to drive; however, these patients may be considered fit to drive if they show a period of methadone substitu­tion for more than a year.”

Although the circumstances that caused Cleveland to be on methadone for the nine months preceding the crash are unclear, the police report explained that the narcotic is used to treat someone “who has some type of opiod addiction, usually heroin.”

...Cleveland’s felony charge relates to the alleged texting, not the methadone.

But who was she allegedly texting? A police investigation reveals that while on her way to her job at ConAgra Foods in Ripon, Cleveland allegedly was sending and receiving texts from Sara Lowe, a Fond du Lac woman who incidentally two years ago last month was convicted of two felony charges related to possessing heroin with intent to sell it, and manufacturing of schedule 1 and 2 narcotics.

Five minutes after Cleveland allegedly texted Lowe, according to the police report, emergency vehicles were dispatched to the scene.

This tragic tale teaches many lessons, and reminds us that whatever facts a court can ascertain about the minutes leading up to Trotter’s death, texting while driving can be deadly.

And drug abuse is never, ever, a victimless crime.

To read the entire editorial, see the April 9, 2015 edition of The Ripon Commonwealth Press.