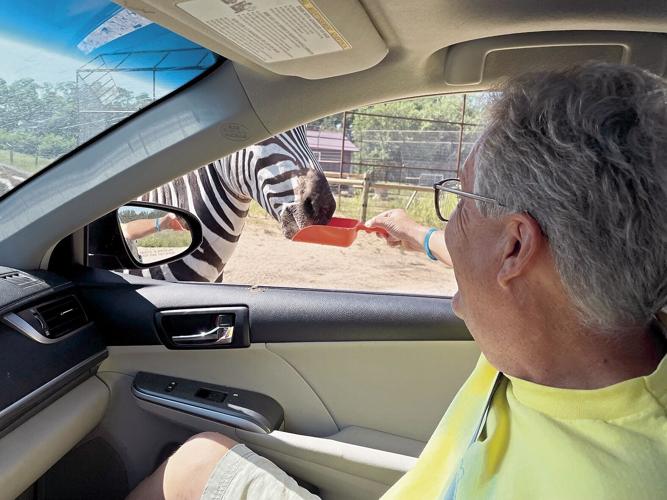 A Shamba Safari zebra enjoys some seeds and carrots served from a plastic scoop. 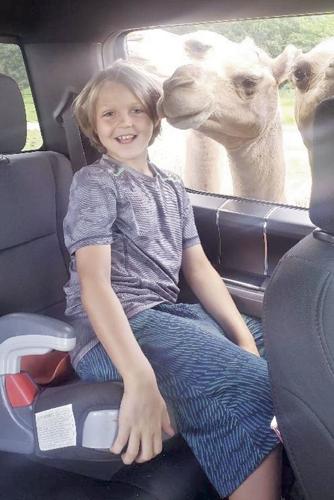 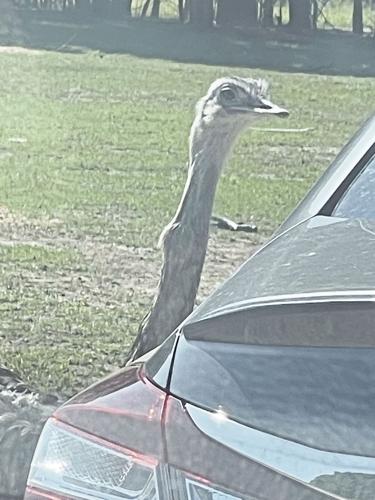 An ostrich waits for a treat. 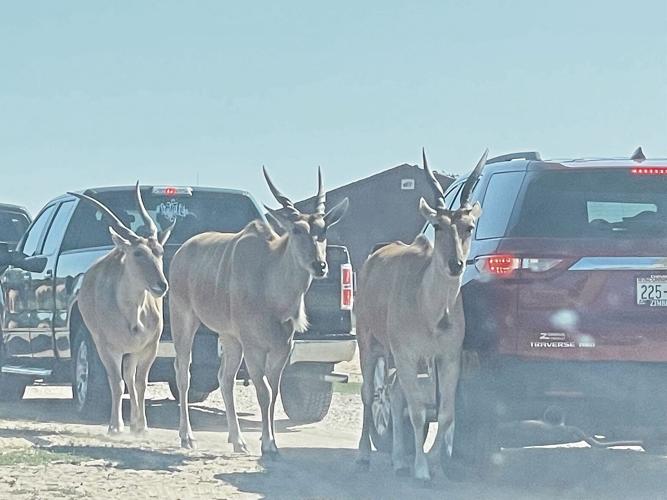 OK, if you’re never going to fly 9,000 miles to see a lion in the Serengeti, watch giraffes lumber by as zebras sip from a Masai Mara watering hole, or pet a camel in the Gobi Desert, don’t despair.

You can do it all fewer than 20 miles from Ripon (13 miles northwest of Green Lake).

But a warning. Prepare to laugh.

Because with the exception of lions, tigers and rhinos — who are safely fenced-in within large spaces — the animals good-naturedly will approach you as you sit in your car at Shamba Safari, located just north of Princeton off Highway 73.

You may giggle as an eager camel sticks his long neck completely within the back seat of your vehicle or an ostrich enthusiastically pecks at your plastic shovel of treats.

That’s right, Africa comes to your car, just as the Dark Continent has paid a visit to east-central Wisconsin thanks to the Schoebel family, with mother Alice, along with son Matt and his wife, Angie — a certified medical assistant at SSM in Ripon — as well as their children, Lane and Emma.

The family owns and operates the farm-turned-drive-thru attraction that opened last year for a partial season and on Sept. 5 will end its first, full summer of operation.

Visitors drive through Shamba in their own vehicle, passing through four different hoofstock paddocks and passing by seven additional exhibits.

Ultimately the drive makes a loop, and the admission price allows visitors to drive the loop as many times as they’d like.

Admission is $10 plus tax per visitor; for another 10 spot, folks may buy a metal pail of treats to feed many of the gentle beasts, who appear well groomed and cared for in their spacious habitats.

The fellow to thank for bringing a safari experience to Marquette County left us too soon.

The Schoebel family’s patriarch was the late Mark Schoebel, who died five years ago at age 62.

Mark grew up on what for years had been a family-operated game farm.

The pair’s joint career in the wildlife animal business saw them building and operating several wildlife parks throughout the United States.

But it’s 60 miles away, while smaller sibling Shamba Safari is in our backyard.

If you haven’t visited Shamba this season, there still are a few days left before the attraction closes for the season so many of the animals can winter in Florida.

And if you don’t have the time, add Shamba to your calendar for next season.

The drive-thru safari takes about 60 to 90 minutes.

The laughing may take a little longer as you recount your experience to friends who thought wildlife in east-central Wisconsin was limited to whitetails, squirrels and feral cats.