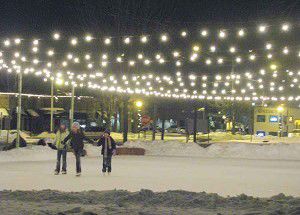 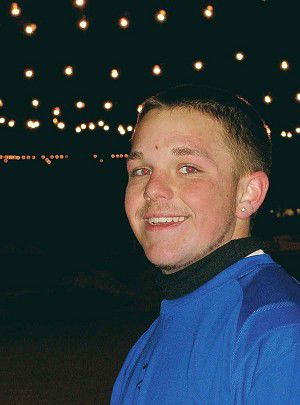 Travis Nummerdor smiles after skating; probably no one has used the rink more.Tim Lyke photo

Travis Nummerdor smiles after skating; probably no one has used the rink more.Tim Lyke photo

The 14-year-old is one of only many Ripon youth and adults grateful for a bit of old-time, frozen fun placed in the heart of downtown.

Who to thank for this little bit of Norman Rockwellesque delight?

Yes, yes and yes. And therein lies the secret to the rink’s creation.

Ripon Main Street alone and the city of Ripon by itself were in no position financially to build an unbudgeted rink. And without the college lending a vacant lot for the rink placement, no suitable site may have been found.

Together, they made it happen. ...

So popular has the sheet of ice been that people already are talking about how it could be improved. One idea is to build a bigger rink next year, perhaps on the Village Green site rather than where it is now, on the lot at the corner of Seward and Ransom streets.

While that may be a good idea, where ever the 2010-11 rink is built, it should have full city backing

Plans for this year’s rink, costing $1,600, kind of caught City Hall by surprise. While the Public Works Department used to build and maintain the rink that for many years was located just east of Selfridge Park’s Seward Street parking lot, City Engineer and Public Works Director Travis Drake understandably expressed concern in December that the rink was being presented to the city at the 11th hour.

Next year, plans can be set earlier.

But for this year, the rink is an unqualified success.

Ripon College’s current marketing slogan is “More. Together.” While that may seem a bit vague at first, one need look no farther than Ripon’s new downtown ice rink to grasp that concept that a number of groups pulling in the same direction can achieve a goal that, working alone, might have been unattainable. — Tim Lyke

Read the full editorial in the Jan. 21, 2010 edition of the Ripon Commonwealth Press.