The Ripon Common Council suffered through one of its least comfortable budget hearings ever last week when it temporarily permitted a resident to dominate if not hijack its proceedings.

The setting was a public hearing for the council to receive citizens’ comments on its 2022 budget proposal.

His many questions concerning the why’s and wherefores of particular budget categories was admirable, showing a

His style was unconventional from the outset.

Oddly, he claimed that city officials’ intentions were “suspect” by holding a “secret meeting … which I’m not surprised about,” while neglecting to acknowledge that his very presence was evidence that that alleged secret didn’t hold very well.

Wittchow declared the budget didn’t “pass the sniff test” before firing questions at the council about why, for example, 2022 election expenses increased so much over those in 2021 (answer: 2022 is an election year; 2021 was not); why voting machines need a Wi-Fi hotspot (answer: to report election results to Fond du Lac County); why Cable TV revenue isn’t reported in the budget (“Why are you hiding it?”); and more queries about salaries, social media costs, public works trucks, $350,000 in developer incentives, and more.

Although Wittchow posed his questions in an accusatory tone, often chiding the council for not displaying sufficient “transparency” in the budget document, his concerns proved he had studied the document and so decided to exercise his democratic right to question if not challenge authority.

The problem is, after given five minutes to do so, Wittchow wanted — and the well-intentioned council granted — additional time.

There are several reasons why members of the public are given a pre-determined maximum time to speak. Time limits permit others to share their views while afterwards, granting the public body time to deliberate. Time limits also discipline speakers to present their views in an orderly fashion. The discipline of time restrictions on public comments, whether in hearings or before regular meetings, respect the body’s need to hear from the public while having the opportunity to conduct the business voters elected it to consider.

But that discipline flew out the window when the council decided to ignore its own rule by granting Wittchow additional time.

After Mayor Ted Grant had twice solicited additional public comment, he declared the hearing closed so the council could offer its own comments or questions on the budget.

But then Ald. John Splitt questioned whether state law prevented Wittchow from speaking for more than five minutes. Obvious answer: No, the time limit is imposed by the council to, as City Attorney Lud Wurtz said, “keep the meeting moving.”

But then Wurtz tiptoed over his authority by declaring that “If he has other things to offer, I’m sure the chair would allow it.” In that presumption Wurtz set up Grant to be the bad guy if he denied Wittchow more time to speak. But as if that wasn’t bad enough, Wurtz undermined the mayor further by declaring, “If he has other comments, no one is stopping him.”

Ouch. Actually, the pre-determined time limit was stopping him. Let the next citizen know he can filibuster the council if “no one is stopping him.”

After Wurtz was done, Wittchow stood up and interrupted the meeting, asking if only a few people are going to speak, why can’t they have more time?

Rather than rule him out of order, Grant generously reopened the hearing and offered Wittchow an additional three minutes.

Following his opening comment — “You guys talk about transparency and then you want to hush us” — Wittchow berated the council for failing to get quotes from a local car dealer, Homen Auto, for two new trucks “you guys are jamming down our throats.” He challenged: “You guys don’t even have the common courtesy to reach out to a local businessman, to even give him an opportunity to bid?”

Wittchow was caustic and angry, but several of his questions, like that one, went unanswered because no council member took the opportunity to seek a response to it from the city administrator.

Time was up. Grant closed the hearing for the second time.

Splitt asked a good question: How can Wittchow get answers to his questions?

“If the question is framed [by a citizen], and the Common Council is interested in the answer,” Wurtz said, “that is why we’re here this evening. So if there was something that was raised in that commentary — that was kind of all over the place — if there was something that you want to ask the city administrator or some other department head, this is the time. That’s the point of a public hearing. But again, the meeting belongs to you as the Common Council.”

Wittchow and Wurtz then began arguing whether the meeting belongs to the public or the council, causing Mayor Grant to pound his gavel three times and admonish them, “Both of you. Please. Stop. We’ll have order.”

Wurtz, of course, is right. City meetings belong to city officials, who may seek public questions and comments to guide them as they make decisions on the public’s behalf in a representative democracy.

When Wittchow began to challenge City Clerk Ann Schommer about election costs not being detailed in the budget, Grant lowered the boom. “Rob you’ve had your time to speak. This is the council’s time, not your time.”

Wittchow kept talking until Grant called on a council member. First, Ald. David Gallops and then, Ald. Howard Hansen invited members of the public to contact them or other city officials with questions. “All they need to do is reach out,” Hansen said.

Wittchow commented again and the mayor told him it wasn’t his time to speak.

After another interruption, Grant raised his voice. “Hold your tongue or I’ll have you removed,” he said. “I’ve had enough.”

“Are you done?” said Grant.

The juvenile back-and-forth continued until Grant told Wittchow he was one comment away from being escorted out of the meeting. The council then adopted the budget and the 30-minute free-for-all disguised as a hearing came to a close.

Hopefully, future council meetings will hold true to their own policies, limiting speakers to five minutes, with the mayor — not a well-meaning alderman, an accommodating city attorney or an emotional public speaker — retaining control of the meeting to assure order, fairness and adequate time for council deliberation.

The city gets brand new vehicles so they don't have to feel the crappy streets under their tires or pay the costly repair bills... meanwhile we all replace our shocks and struts. Where is that study paid for by Ripon taxpayers? When will we see some real street repairs in Ripon?

Kriss, you can thank decades of conservative control of the city where "no tax increase" (like not even cost of goods increase) has ruled. It's your party. Look inward.

There you go again Michael, always looking for someone else to blame.

Oh my Sallie, you are back once more!

Proper attribution for something is not blame. It is a fact. 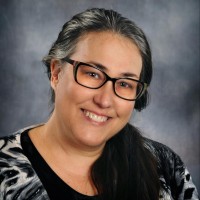 But paying for roads is socialism. People paying in to benefit the community. That's just plain socialism.

Sad, most people don’t even know what Socialism is. This comment by Judy Gauthier proves she is one of them.

Kriss, did you read the article about Vermont St/Parkway Terrace project open? Leave it to Ripon to repair the streets that least need it and leave streets like Hall street rot.

Mark (the male version of "Karen):~ A crazy Liberal who attacks the person rather than the topic... The very soul of his party.

I'm taking bets on whether or not Ripon will see a new Mayor in our next election... Any takers? That ""hearing" was a total disgrace... Almost as bad as the budget. Ripon NEEDS street repairs so desperately. I remember the city funded a study on our streets under Mayor Will... Where are those results? We paid for the study and want to see the results as well as a plan to repair our streets! When can we expect some answers? Answers are a rare occurrence with the current mayor and council... it's like they forgot they are "REPRESENTATIVES"!

Ah Kriss, I guess your name will be on the ballot for mayor! Way to go!

Allen Wizen appears to be a made up name. Why are you hiding behind a fake name, Allen?

Your opinion for what it's worth.

I sometimes wonder what goes through (if anything) the mind of a loud-mouthed bully who thinks he or she alone knows what is really going on....

Why do you think it is a good idea to attack the individual personally and not defend your ideals?

I agree but also they should have their time and no more no matter who they are.