It’s a turbulent time in Rosendale and Brandon.

The Rosendale-Brandon School Board has agreed to consolidate two schools at a site in Rosendale, leaving some Brandon residents angry as they allege a lack of transparency and a board that’s tone deaf to their wishes and concerns.

After the two communities had agreed to build a $1.5 million “Brandon-Rosendale” high school on the outskirts of Rosendale, some Brandon residents began circulating a petition requesting to detach from their Rosendale neighbors and move their community into the Ripon School District.

An ad hoc group calling itself “Brandon Citizen’s [sic] Group” circulated a set of cost and tax figures for a new high school that differed from those presented by the Rosendale-Brandon Board of Education.

Despite the hue and cry, two years later the new Laconia High School was dedicated at an open house during which a cornerstone was laid in a ceremony that attracted a large crowd of well wishers. During that event, Al Buechner, supervisor of school building services for the state Department of Public Instruction, congratulated the board and public for working together to build a school they could be proud of.

Next year Laconia proudly will celebrate its 50 years of preparing young women and men to live active, learned, healthy lives.

But now new storm clouds have gathered over Rosendale-Brandon and the district’s 900 students as a movement is afoot to recall two members of the Rosendale-Brandon School Board following their votes to consolidate Brandon Middle School and Rosendale Intermediate School.

The two — Jennifer Riedemann and Craig Mulder — were among six board members who voted 6-3 in February to consolidate the middle schools.

If at least 662 school district residents sign the petitions, district taxpayers will have to spend $10,000 for primary and general elections to consider whether to replace the two board members they previously had elected.

So what did Riedemann and Mulder do that some believe merits their removal?

They and their six colleagues reviewed the district’s mission, financial situation and declining enrollment projections. Six of the eight then concluded students’ academic performance would be best served by the stability of a largely full-time faculty retained because they aren’t being asked to accept part-time contracts as demographics threaten their job security

“There comes a … time where we don’t have enough classes to keep those people full-time,” Superintendent Wayne Weber said in January.

Specifically, the petition alleges that the board failed to “seek the input of the affected children, families and residents of the village of Brandon…”

It’s true. Communication from administrators and the board to the public could have been more deliberate, visible and thorough. Instead, a vote was moved back to February, enabling the public to weigh-in during the board’s January meeting.

So fair enough. But in the end, one question remains: Did board members by their votes fulfill their mission of assuring continuation of the district’s mission to “assure that all students acquire the skills, knowledge, and character necessary to become responsible, adaptive, and engaged citizens”?

Seems that goal might have been compromised a bit had the board failed to act as it has for the past 15 years in the face of ever-smaller enrollment — due to shrinking family sizes and declining birth rates. Continued board inaction would lead to one Brandon Middle School class of 13 students when today’s third graders enter sixth grade in fall 2023.

Reasonable people can differ on what’s best for students. The tiny Green Lake School District, with around 315 students, exceeds Laconia and Ripon high schools with a national ranking of 2,413, putting it at No. 63 among Wisconsin high schools.

But that might not be possible were many of those district’s teachers told they were at risk of having their hours cut.

But that was the hard reality Rosendale-Brandon School District faced.

Far preferable to a recall of public servants would be for folks to circulate petitions to get their names on the ballot for the next election so they are in a better position to wave the flag of public notice, board transparency and public accountability.

Editor’s note: Tim Lyke is a member of the Green Lake School Board. 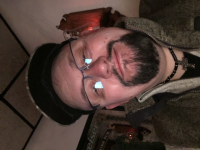 The Ripon School District needed a tax revenue increase, to offset the school district deficit, a plan was formulated to merge Fairwater-Brandon- former Mentomen School District into Ripon School District, the gain for Ripon would be the following, A new school building in Brandon built by School Superintendent, MR G. (Papa) Dahl. Brandon had just completed a new grade school, and had just completed phase 1 of the new high school with phase 2 being built, along with a new Football field on the side end. Work cited: Brandon Times News Paper, 1957-1971 Brandon, Wisconsin. Brandon Public Library Print Media.

State Senator Walter G. Hollander from Rosendale, Wisconsin Put a stop to this formulated school merger along with many families in the 3 small villages. Wisconsin State Senator W.G. Hollander concise plan to dissolve the take over and merge the Rosendale School District, Brandon Fairwater District and Oakfield School District, into one new school district, with a new School Campus being built out at Ladoga, WI. The campus would be called H.A. Blumke High School. Herbert Blumke would provide the monies to build a portion of the high school with naming rights. Work cited: Brandon Times News Paper, 1957-1971 Brandon, Wisconsin. Brandon Public Library Print Media.

The plan by 1968 had turned into a major 5 community battle, which created family issues and hard feelings, my grandfather knew in the next 3 years the school in which his children and wife attended would be know more. He decided to not run for mayor and lost his seat by 1 vote, before doing so my father told me, he agreed to sign over the remainder of the Village of Fairwater to Markesan School District, with the agreement high school students could finish out at Ripon, Brandon, Waupun and Markesan by 1970 Graduation, in my opinion my Aunt may have had some influence because she was the last class to finish in Brandon, from Fairwater with her best friend Kris Bastian, who father was Pastor at Zion Lutheran Church in Fairwater finishing out at Markesan High. Work cited: Carole M. Beier 1928-2009 Fairwater, Wisconsin. Brandon High School Class of 1947 Alumni.

When I saw this posting of closing the Brandon School, I wanted to write this letter and state, many people still remember this exasperating and difficult time from 1957-1971. To close Brandon School and putting students at Rosendale could lead to a resurgence of petitioning out of the Brandon side of the district. Work cited: Facebook

The Rosendale Brandon School District with an outdated high school and primary schools could become a targeted coup d’état for the Ripon School District to overtake district boundaries, in the older Mentomen-Fairwater-Brandon District. With an outside commercial school bus service transporting students, our school district is in jeopardy of special interest monies influencing our districts to be dissolved into a larger district for government funding and transportation efficiency, smaller struggling school districts like Rosendale-Brandon will be forced to merge in larger communities with more options, such as school swimming pools, advanced college programs, music, and art, let alone newer buildings and unformed school transportation boundaries.

The reason I present the written dialog, the said argument, was raised in Fairwater back in the late 1950’s and early 1960’s per the Brandon Times Newspaper. Work cited: Brandon Times News Paper, 1957-1971 Brandon, Wisconsin. Brandon Public Library Print Media.

Speculation Theory, and with out firm evidence, one could question the state of the Ripon School District Budget short falls as published in the Ripon Press. Work cited: Ripon Press 2019-2020.

One could question the outdated High School at Rosendale, Laconia Built in 1970 completed in 1972, All the other district including Markesan Public Schools have constructed newer high schools in the last 20 years except Rosendale-Brandon. Work cited: Laconia Times Rosendale Brandon School District Archives 1970-2020.

Rosendale-Brandon, Laconia; is becoming inadequate in amount or degree in offering upgrades for technology services in the 21st century, with Ripon located 8 miles to the west of Laconia High School, students will be able to be educated in a modern 21st century public school, let alone access to a college grade football stadium, pool and workout center at Ripon College.

Closing Brandon School will hurt the Brandon Community, the merger of the former Mentomen School District brings up emotional feelings arousing characterized sentiments which go back several generations, splitting up families and communities. The history of the merger does not sit well in Brandon and Fairwater.

Examples of this merger are played to this day in other districts, as Ron Milton stated, “in the early day’s we were Madison trying to keep the district intact”. Rosendale and Brandon families were biding out of the district at recorded rate. Work cited: Brandon Times News Paper, 1957-1971 Brandon, Wisconsin. Brandon Public Library Print Media. Spartan Sentential Rosendale-Brandon School District 2020.

I wanted to write and ask what is the long-term plan, to dissolve the Brandon School? Merge the school district with Ripon as layout in 1957-1962 School negotiation talks with in the former Mentomen School District- Fairwater-Brandon. Work cited: Brandon Times News Paper, 1957-1971 Brandon, Wisconsin. Brandon Public Library Print Media.