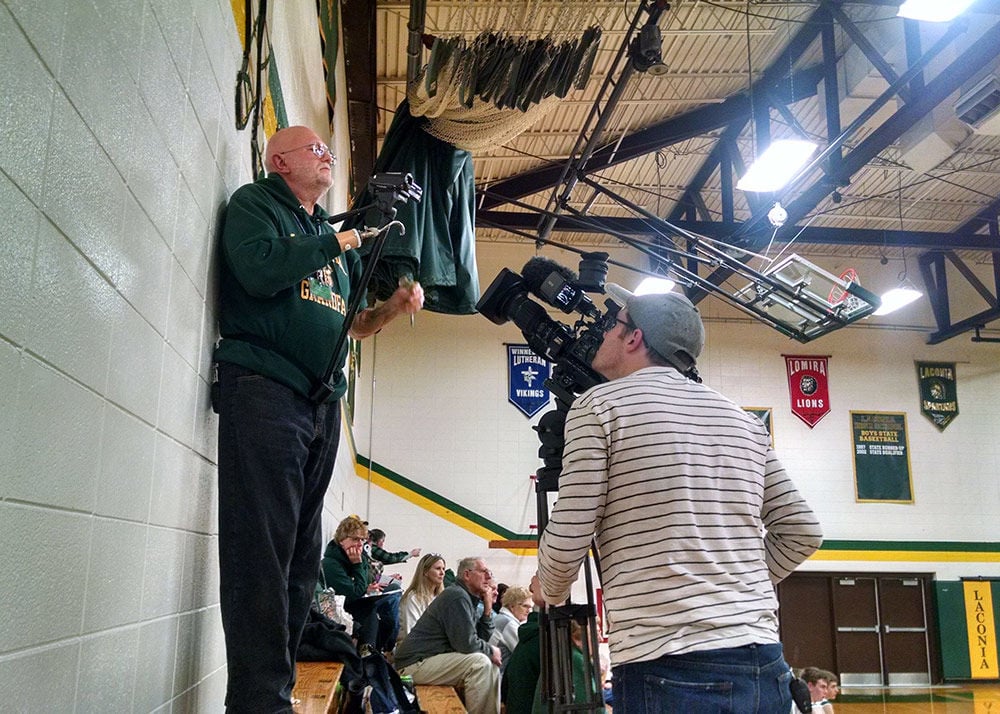 A Wisconsin Public Television crew shoots video of Joel Schultz while he records a Laconia game. 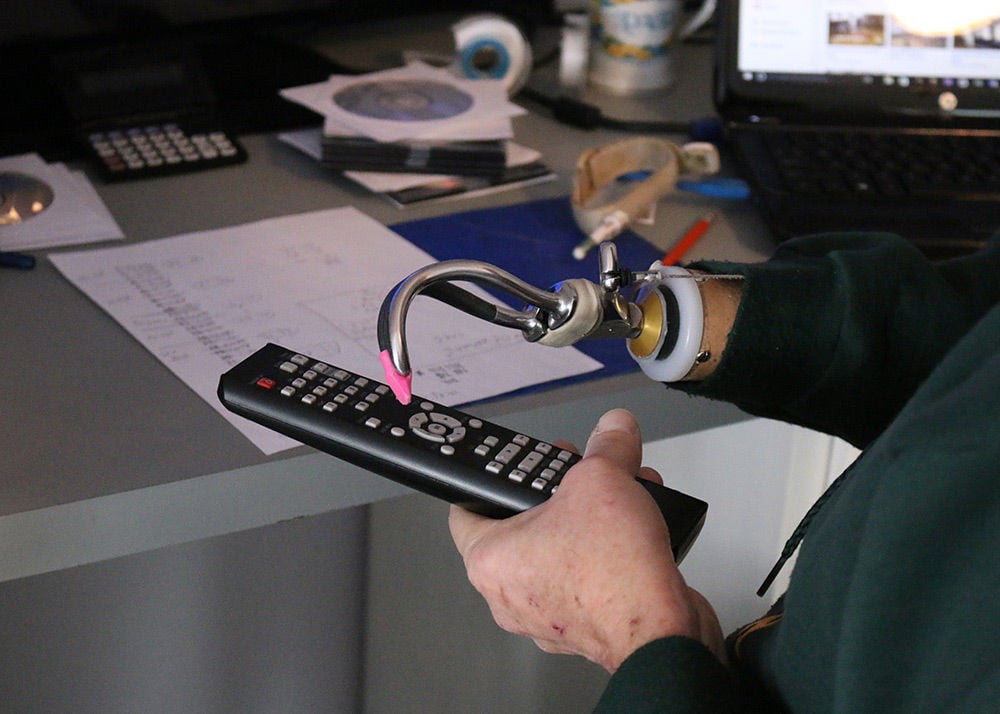 Green Lake’s Joel Schultz demonstrates how he operates the remote.

A Wisconsin Public Television crew shoots video of Joel Schultz while he records a Laconia game.

Green Lake’s Joel Schultz demonstrates how he operates the remote.

Green Lake’s Joel Schultz will be featured in an upcoming episode of “Wisconsin Life,” a Wisconsin Public Television series.

Schultz, who is disabled but not discouraged, will be profiled on the episode, “Past and Present,” Thursday at 7 p.m. on channel 38.

Joel Schultz initially began filming his grandson Ben’s middle school basketball games to preserve the memories, but his hobby has evolved into a tradition.

After capturing a game-winning shot from a player on an opposing team, Schultz learned the player’s parents weren’t able to attend the game, so he shared his video.

The gratitude he received motivated Schultz to film the rest of Ben’s basketball games until he graduated from Laconia High School in Rosendale.

Not even a dramatic health crisis could prevent Schultz from filming every single game.

The episode on “Wisconsin Life” will explain why Schultz takes the time to preserve each shot.

This episode also will feature a Milwaukee artist whose work has strong ties to her community, a French winemaker who put down roots in rural Wisconsin and a design professor who created an interactive computer game to explore a historic region of the state.

“Wisconsin Life” episodes and extras can be found online anytime at WisconsinLife.org.

In addition to the weekly television program, audio stories can be heard on Wisconsin Public Radio during “Morning Edition” on Wednesdays and Fridays at 6:45 and 8:45 a.m., and at 4:15 p.m. on Mondays and Wednesdays, and during The Joy Cardin Show at 6:55 a.m. on Fridays.