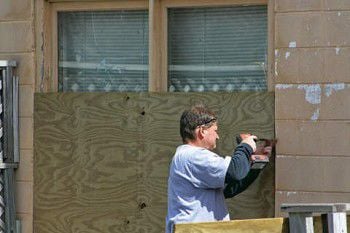 Andrew Koehler of Pollesch Construction puts a board over a window on the back side of the former American House. 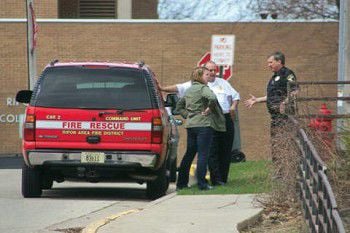 Andrew Koehler of Pollesch Construction puts a board over a window on the back side of the former American House.

Ripon emergency service personnel are hopeful individuals — presumably teenagers — no longer can use the vacant American House site downtown as their personal playground.

The building was boarded up and better secured last week Wednesday after Ripon Police Chief Dave Lukoski found the back door to the building wide open.

“I was driving down Ransom Street ... I did a double-take, and saw that the door was open,” he said, referring to one of the buildings owned by former downtown developer Boca Grande Capital LLC. “I went and checked it because it was an open door. When I went in and checked it, I found some areas I was concerned about because there was some evidence of recent burnings, so I called the fire chief.”

At the time of the incident, Lukoski noted he witnessed probably as many as six scorched areas, and believed several of them were new.

“When we got there we found what appeared to be fires that were freshly lit,” he said, noting they likely had occurred “within days, or even a day old, is what it appears to me.”