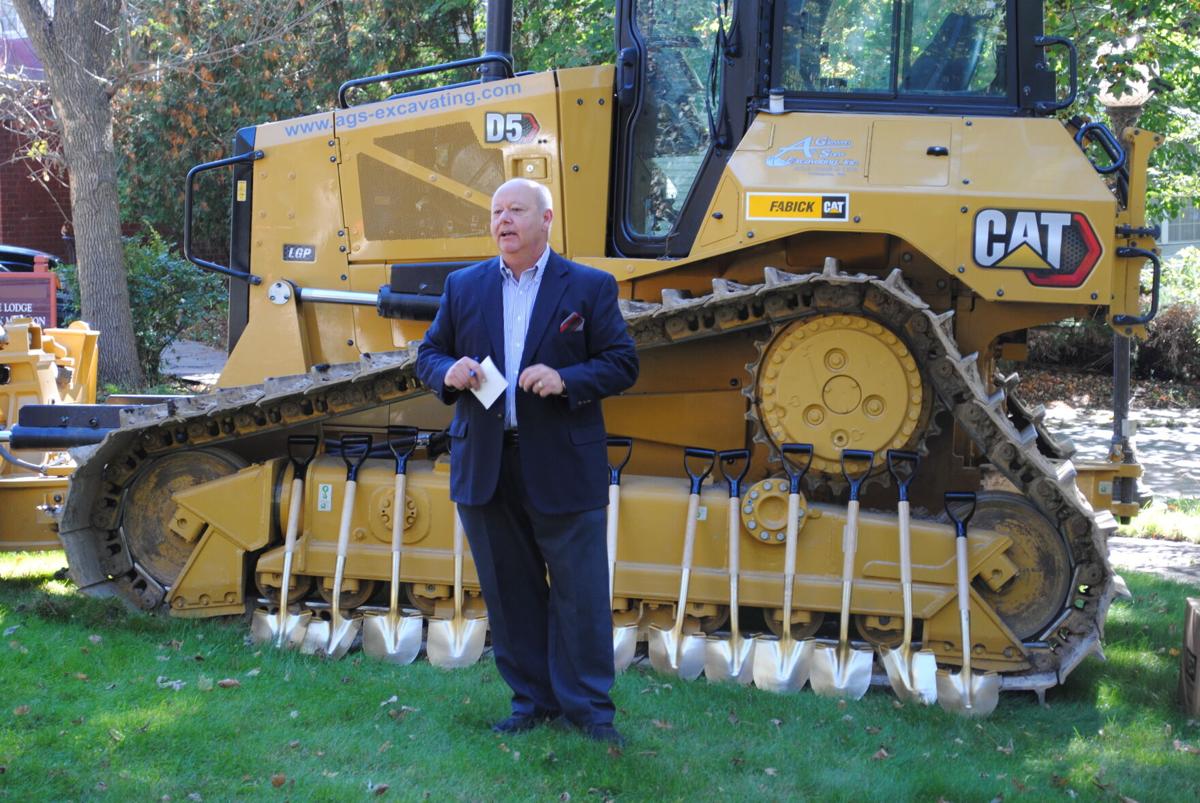 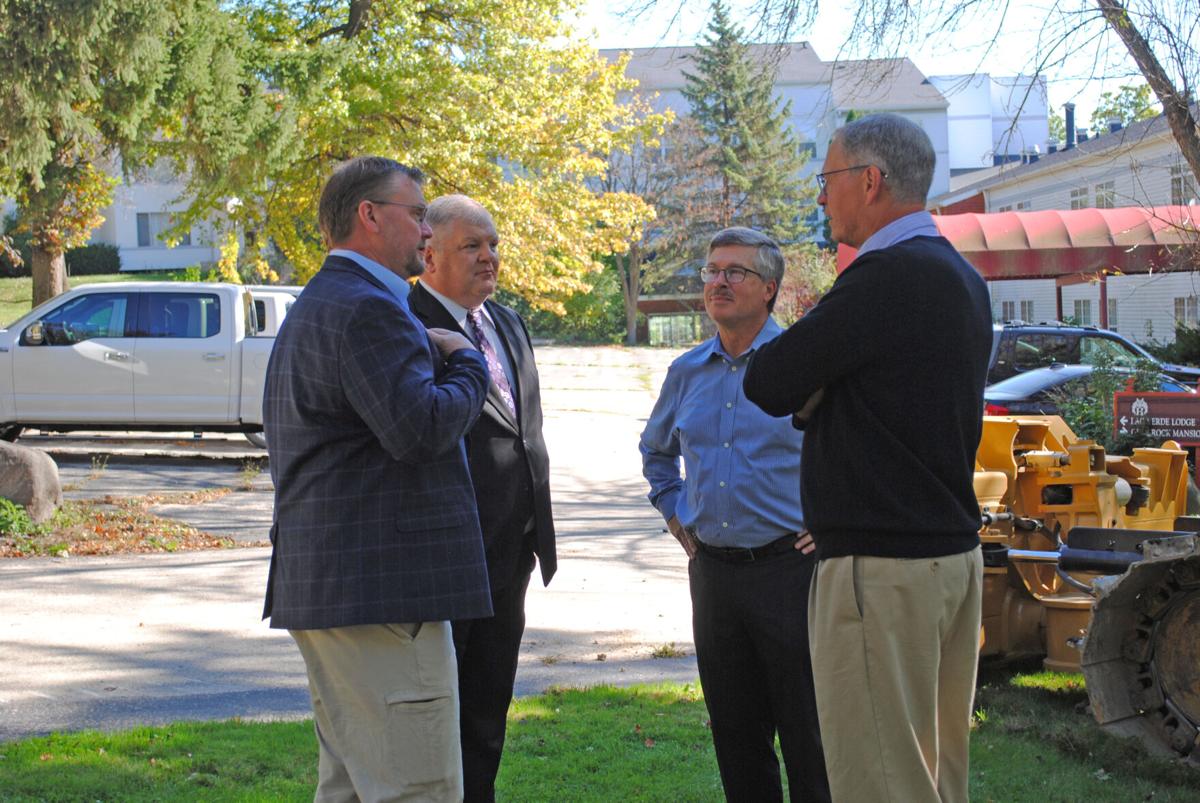 A group talks ahead of the Heidel House groundbreaking ceremony. 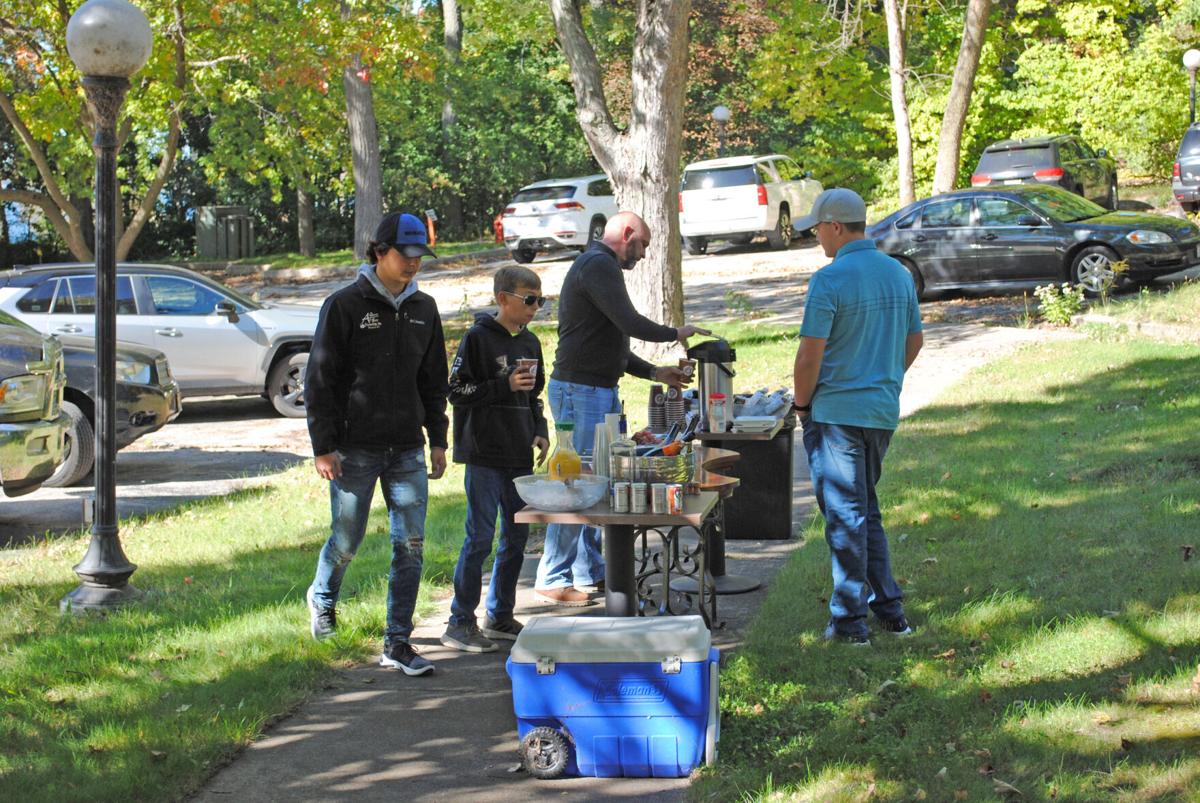 A group treats themselves to refreshments at the Heidel House groundbreaking ceremony. 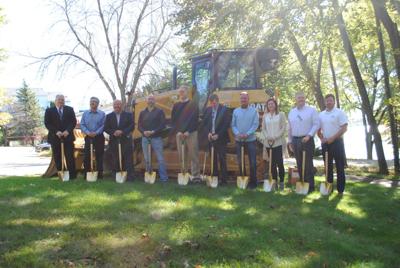 After closing its doors in May 2019, the Heidel House will reopen two years later as a modernized hotel, resort and conference center.

That was the message today (Thursday) at a groundbreaking ceremony, in which developers and local officials discussed the resort’s impact on the community as well as pledged that the revitalized property would reopen in May 2021.

The ceremony came roughly a week after Green Lake Hotel Group LLC and Lighthouse Development Group closed the sale of the Heidel House on Sept. 30, officially gaining ownership of the historic resort property from the Madison-based Fiore Companies.

During the ceremony, however, Lighthouse President Don Klain noted his firm became interested in the property more than two years ago, when the Heidel House was initially offered for sale.

When Spirit of Green Lake LLC moved to purchase the property last year, Lighthouse thought it had lost out on an opportunity. The deal ended up falling through, and shortly after Fiore Companies reached out to Lighthouse.

So, Lighthouse reached out to the city of Green Lake to see if it would be willing to help support the project financially, meeting with Mayor Ray Radis, who quickly introduced the developers to Mike White, a primary investor behind Green Lake Hotel Group LLC.

“We talked to him and for those of you who know Ray, you know Ray is a real go getter,” Klain said. “And he really kicked this thing off quickly.”

During his speech, Radis thanked the developers for their vision for the project and noted the closure of the Heidel House in May 2019 had a dramatic effect on the community that was felt almost immediately.

“Most of us have a memory of something that happened at the Heidel House, some evening, some dinner, some wedding,” Radis said. “... We want to bring those memories back.”

Because of the city’s support, Klain noted the project has moved very quickly. He added that partnering with Green Lake Hotel Group was integral to supporting the project financially.

The partnership between the LLC’s has been a positive one, according to Klain, who said White’s support has been “instrumental” in moving the project forward.

As a resident of Green Lake, White said he saw the impact of the Heidel House’s closure first-hand, which motivated him to get involved in the project.

For “two summers we’ve had this place missing from action, and I don’t think any of us want to see it go into a third summer,” White said. “So I'm standing here today, very proud of what we've accomplished thus far.”

White described the project as a “three-legged stool,” composed of three major partners; without one of those partners, the stool would collapse.

Those partners, White noted, are the two development groups, the city and Fortifi Bank, which helped finance the project.

“I'm thankful for the great people that I've met along the way,” White said of the partnership forged on this project.

According to Klain, Fortifi Bank’s support was critical to redeveloping the Heidel house as the developers needed quick financing to finish the project by May of next year.

“We looked at three different banks, but Fortifi by far had the best deal and worked so quickly with us; we're glad to have them,” Klain said.

Likewise, Fortifi Bank President and CEO Greg Lundberg noted the project wouldn’t have been possible without the “great team” that has come together to revitalize the historic property.

“We believe in Green Lake; the history of the Heidel House and what you have here is so special, so to be able to be a part of that is really a thrill,” Lundberg said.

Beyond discussing the past, she also looked toward the future and spoke on the economic potential that a revitalized Heidel House offers the local community.

Since taking over as chamber director several months ago, Beck noted tourists have expressed interest in coming to Green Lake to stay at one central location for an entire weekend, which “is kind of tough here in our community.”

“This [project] is really going to provide our guests with an experience that brings them back year after year and hopefully throughout the seasons,” Beck said. “We're super excited to have that lodging experience for our guests.”

At the end of each year, the Ripon Commonwealth Press looks back at some of this biggest stories of the year.