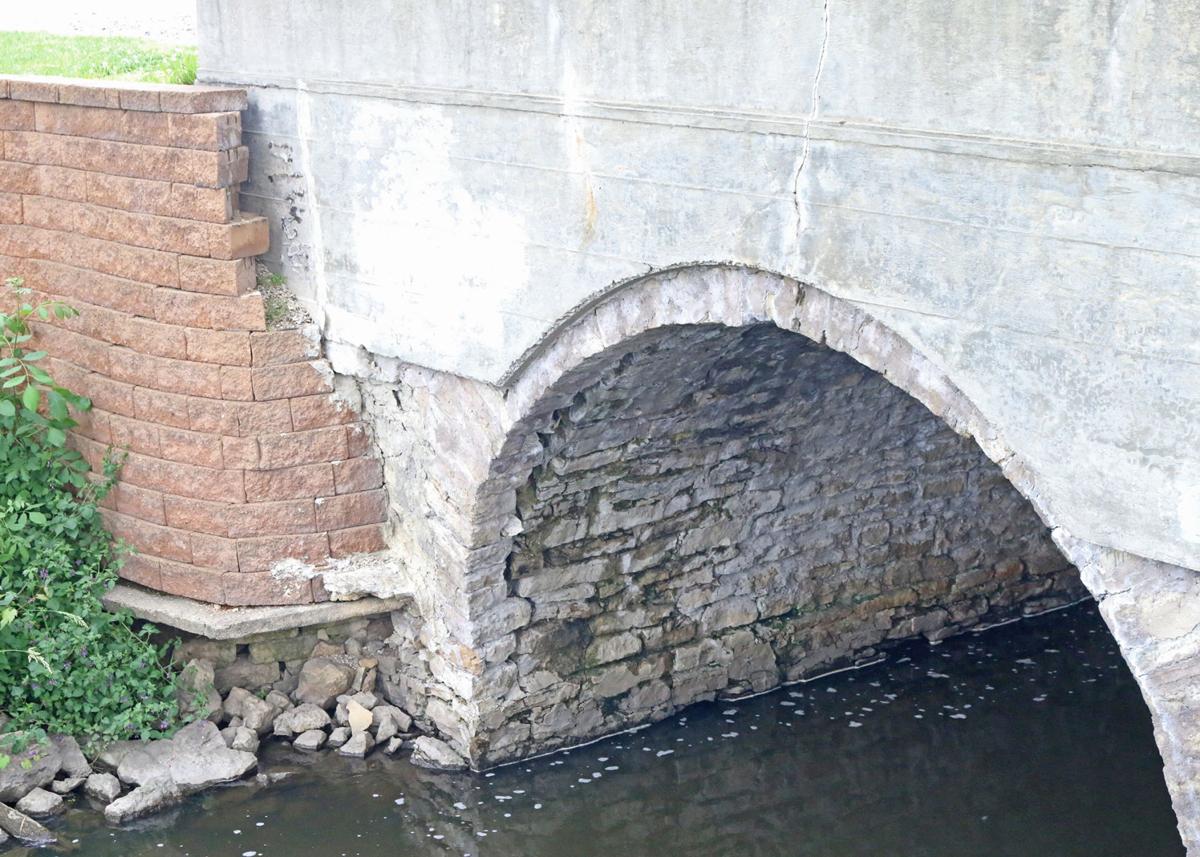 The base of the Tygert Street bridge shows visible cracks on Wednesday, June 10, 2020. 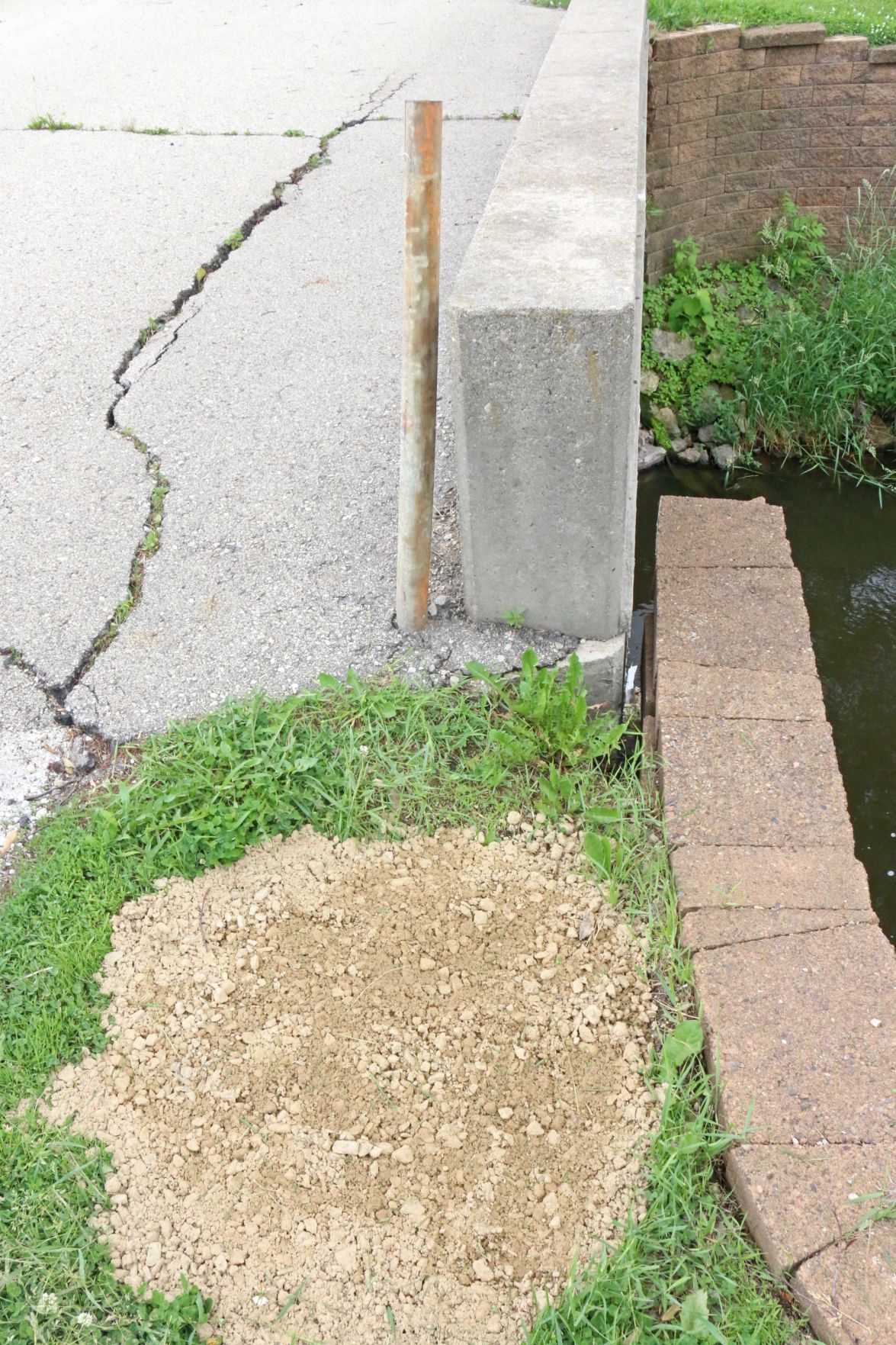 A large pothole was repaired on Wednesday, June 10, 2020. Cracks in the roadway are evident.

The city of Ripon will take another look at the Tygert Street bridge and whether it’s structurally sound enough to continue as a pedestrian and bicycling bridge.

The bridge was discontinued for vehicular traffic a few years ago when it was found the base of the bridge was failing. At the time, it was deemed safe for non-automobile traffic.

But the bridge was brought back into discussion last week Tuesday during the Common Council meeting at Ald. John Splitt’s request.

“There is a huge safety issue; a large pothole [has developed]. Somebody could easily step into it, fall into the creek,” Splitt said. “I know there’s a lot of kids who go through there so I think that needs to be filled in.”

“So, is it even a safe bridge?” public works director Mike Ehrenberg asked.

A previous study, a few years ago, had declared it safe for pedestrians but not cars.

“We need to get [a consultant] out there,” City Attorney Lud Wurtz said.

The next morning, a consultant from MSA did look at it, but it’s unclear what came out of that meeting.

“Nothing changed as an engineer did not do a report and I have no opinion on it,” Ehrenberg said when asked about how the visit went.

Read the full story in the June 18, 2020 issue of the Ripon Commonwealth Press.