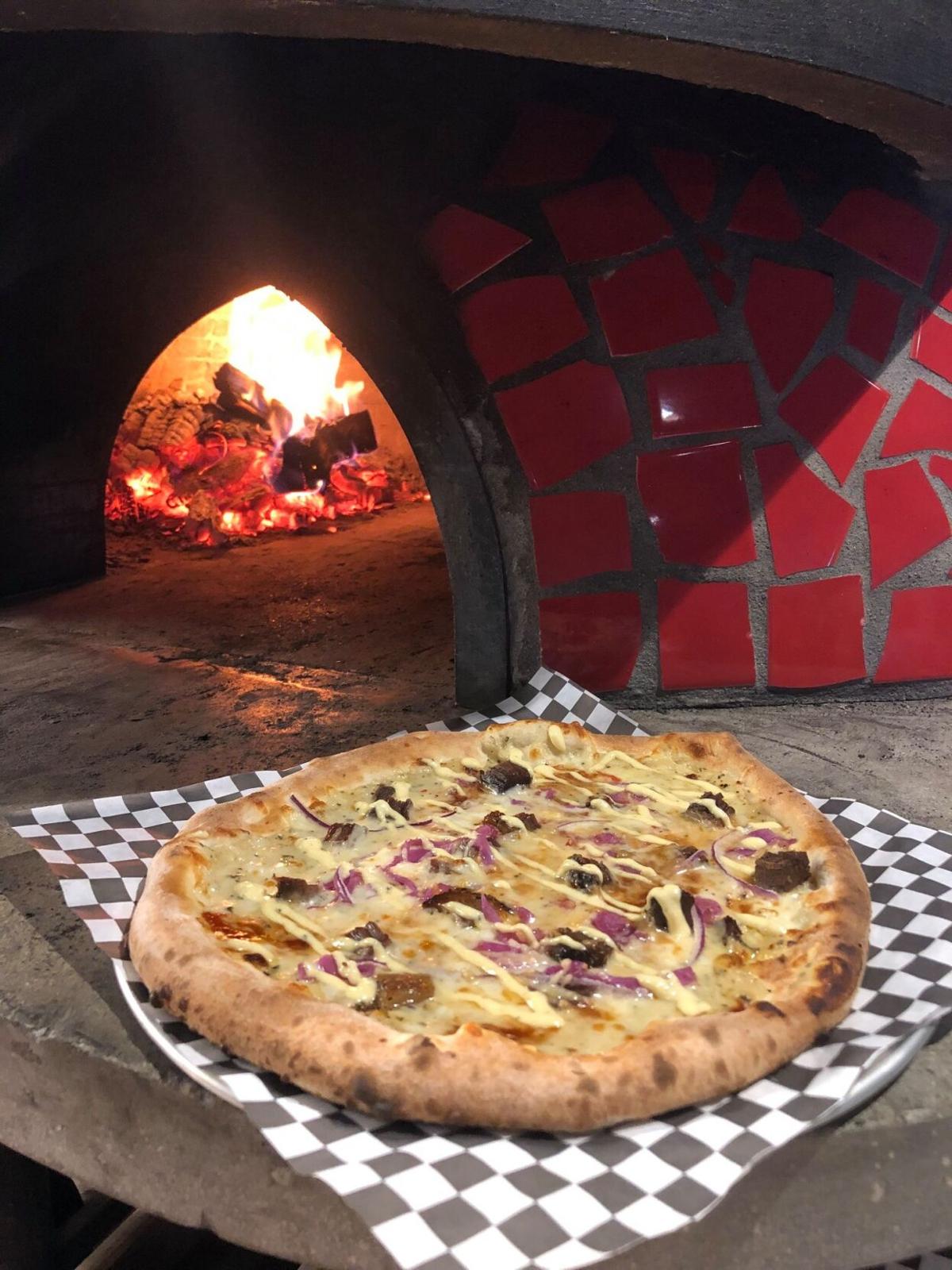 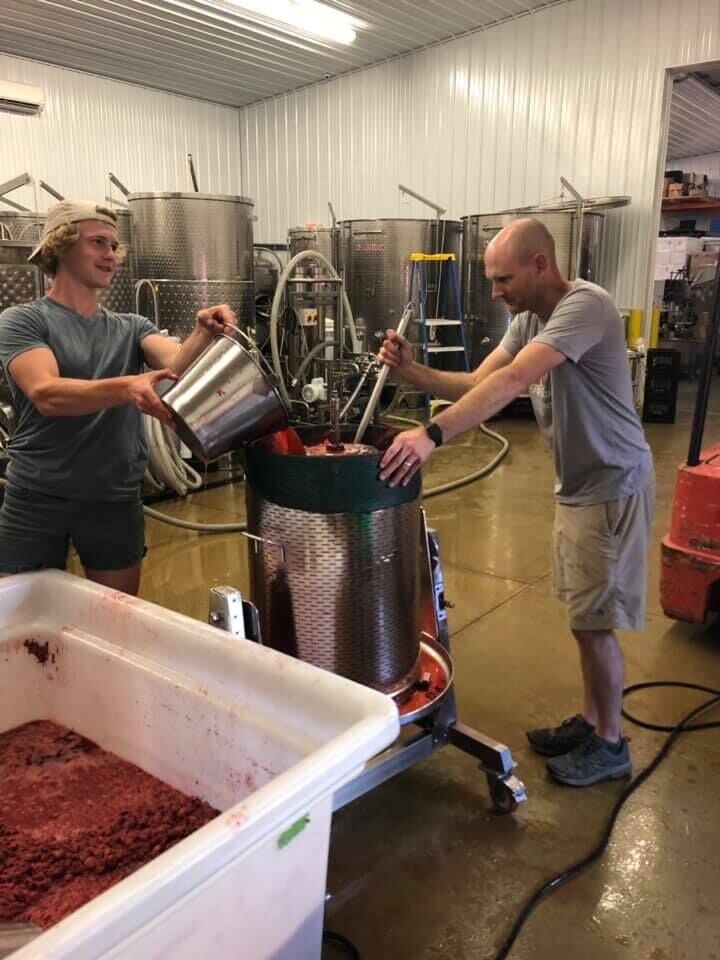 It’s harvest season at Vines & Rushes, which means the winery is picking all of its grapes for the season. Making wine are, from left, Aidan Schoff and Ryan Prellwitz.

Mondays sometimes can be a little dull as folks sleep walk through work after spending the weekend away, while many small businesses and restaurants are closed.

To give Mondays a little bit of life, as well as give back to the community, Vines & Rushes Winery launched “Cause of the Mondays” in March 2018.

Typically, on the first and third Monday of each month, Vines & Rushes donates 25% of food sales to a local non-profit organization in the community. To coincide with the event, the winery serves Neapolitan-style pizza baked in a wood-fired, brick oven.

“I wanted to do something that would raise a little bit more awareness than just giving [non-profits] a gift box would,” said Vines & Rushes owner and winemaker Ryan Prellwitz. “Cause of the Mondays gave us the option to both draw in some customers and additional pizza eaters, and as a way to give back.”

Each non-profit serves and interacts with customers through front-end food service as well as distributing marketing materials and discussing the project it’s collecting funds for. Customers also are welcome to donate to a cause directly during the event.

Prellwitz noted Cause of the Mondays has helped foster relationships between Vines & Rushes and other organizations in the community.

“Those causes have a platform through us, which gives them exposure to our customers and gives us exposure to their customers,” Prellwitz said. “For some, the donations are the most important part. For others, it’s just raising awareness for their cause.”

Causes are hand-picked by the staff at Vines & Rushes, who try to focus on donating to specific projects, rather than to a non-profit’s general fund.

“Each of those non-profits is selected because they have an impact on the community in one way shape or form,” Prellwitz said. “We try to have a pretty diverse group of causes instead of focusing on just one area.”

One employee who has helped organize the event since the beginning is Tina Howell. She noted it’s been rewarding to help organizations fund-raise for beneficial projects.

For example, she says when Mission Lazarus — an organization that works with the Ripon Community Church on community development projects in Honduras — participated, it raised money to build a latrine.

“It’s just amazing, even just that 25% of food sales was just so beneficial for them,” Howell said. “We market it, but for a lot of causes, they’ve gotten as many people as they could. Their family, their friends, their board, everybody comes in and eats pizza, just to be here and support them.”

When the winery was closed for dine-in service back in March and April, many of the Cause of the Mondays events were rescheduled.

Howell noted the community support during the shutdown was overwhelming. In reopening, she says the winery’s recent additions have increased space inside the facility. Along with outside seating, that has helped increase social-distance between customers.

Beyond hosting Cause of the Mondays, it’s harvest season at Vines & Rushes, which means the winery is picking all of its grapes for the season.

“So far, we’ve gotten about 100 tons of grapes this year,” Howell said. “We’ve got about 30% of those grapes processed already. It’s my favorite time of the year.”

The next Cause of the Mondays is Sept. 14 from 4 to 8 p.m. and it benefits the Green Lake Greenways’ Lauree’s Trail project.

For more information, and a list of events, visit www.vinesandrushes.com/cause-of-the-mondays.