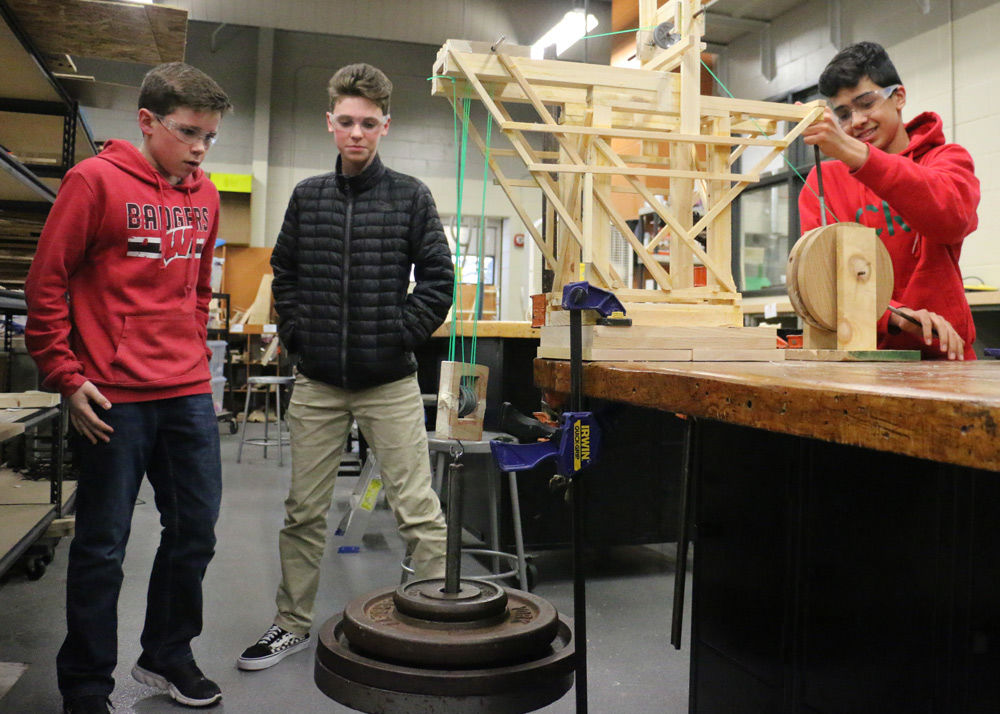 Isaac Whitrock, left, and Jules Messitte observe as Adam Banerjee cranks the crane to raise 150 pounds — a mere half the 300-pound heft that their handmade crane can lift. 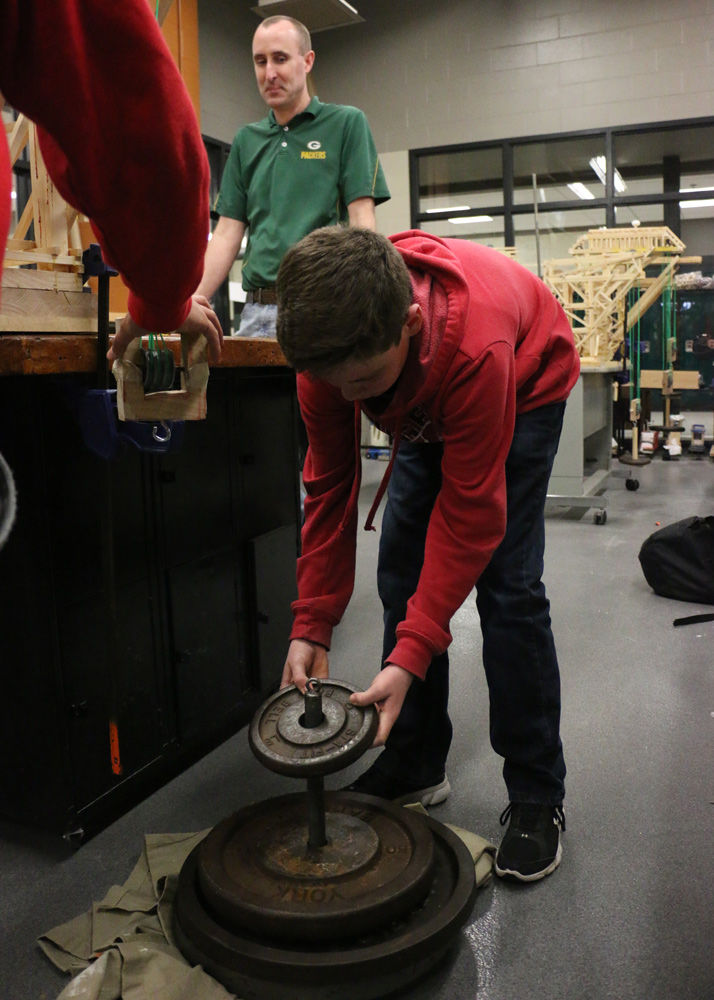 Isaac Whitrock, left, and Jules Messitte observe as Adam Banerjee cranks the crane to raise 150 pounds — a mere half the 300-pound heft that their handmade crane can lift.

“This was the first one I had to put a stop to.”

But this time, it was the students who broke the proverbial limit while their crane held true.

For better part of a decade, Lalor has given his students a challenge: with small strips of wood, glue, screws, line, metal rods, hooks and wooden pulleys, build a crane capable of raising 100 pounds of weight-lifting plates from the shop floor to a worktable.

The tech teacher has had to make some tweaks to the project over the years. Weed-wacker line has risen to the top as the preferred means of pulling up the weights. Students used oak until Ripon alumnus Nick Retzlaff was able to lift more than 100 pounds with the hard wood; now students have to use the softer pine.

However, Lalor may have to change the restrictions again.

Crane-crafters Adam Banerjee, Jules Messitte and Isaac Whitrock and their crane pushed the limits of what Lalor was comfortable with. First, they easily lifted more than 100 pounds. Then 200. Then 250. Finally, Lalor cut them off at 300 after numerous trips to the gym to collect more weights.

In fact, the whole class was successful, with a dozen groups achieving 100-pound-plus lifts.

See more photos in the March 15, 2018 edition of the Ripon Commonwealth Press.