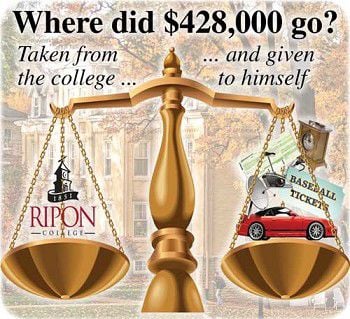 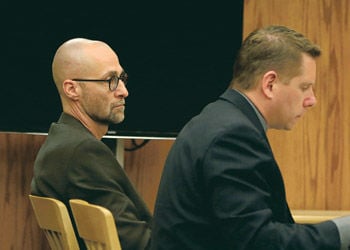 Six years in state prison await a former Ripon College official who stole hundreds of thousands of dollars from the institution in recent years.

Ronald I. Haefner, 55, was sentenced last week in Fond du Lac County Circuit Court, after an hour-long hearing in which family supporters and the college painted him in dramatically different lights.

The Mequon man had embezzled an estimated $428,000 over multiple years, robbing the college of technology funds while living in luxury.

Family members asked Judge Robert Wirtz for mercy, saying Haefner is a kind father and loving husband whose good virtues are needed in their lives. Haefner himself spoke and accepted full responsibility, at one point even turning to the college officials in the gallery and offering an emotional apology.

They explained full restitution has been paid back.

But, speaking on behalf of the college, the director of human resources read aloud a scathing, 10-minute letter that left little doubt about the impacts Haefner’s actions had on the close-knit college.

Haefner, the former director of information technology (IT), had pleaded guilty to 10 felony charges in December.

He had been charged with 64 counts of theft and credit card fraud after allegedly making hundreds of unauthorized purchases with college funds, dating back to at least 2009.

Read the full story, including extended comments from all parties who spoke at the hearing, in the April 2, 2015 edition of the Ripon Commonwealth Press.