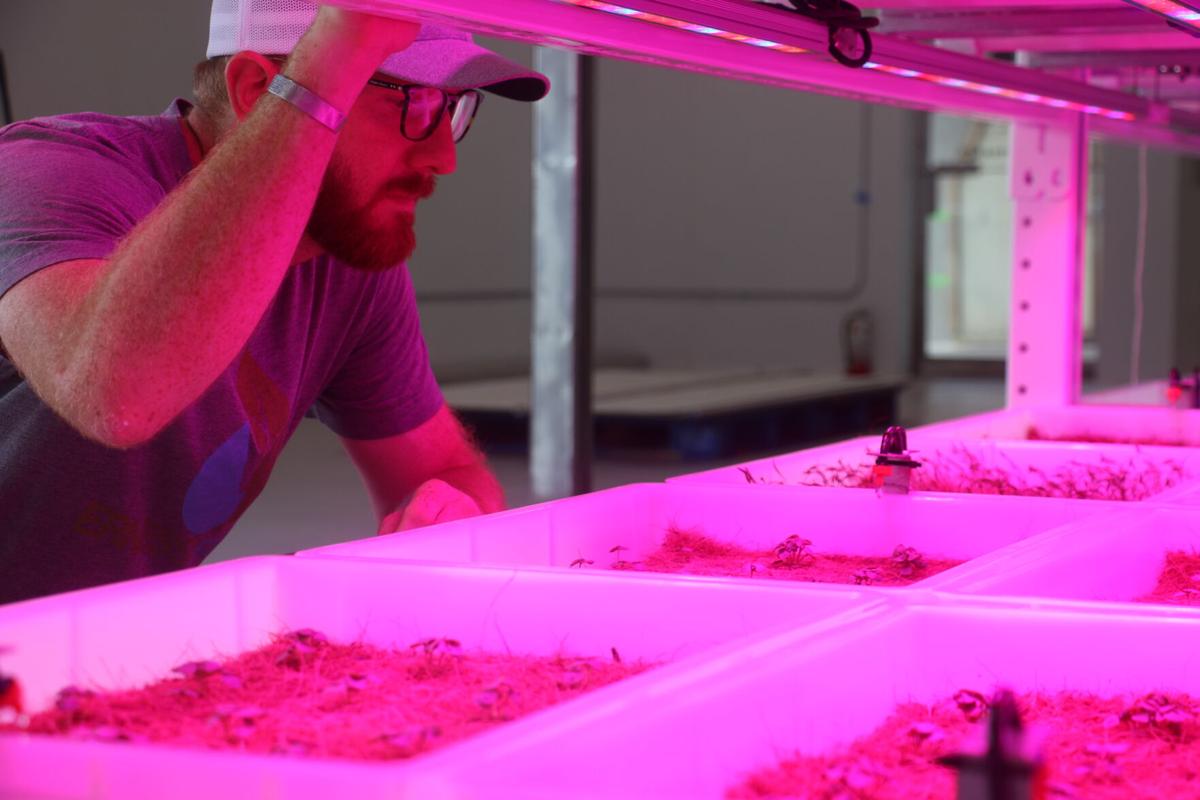 Ernessi Farms owner Bryan Ernst looks over some of the plants growing inside the farm’s new location at 111 East Fond du Lac St. 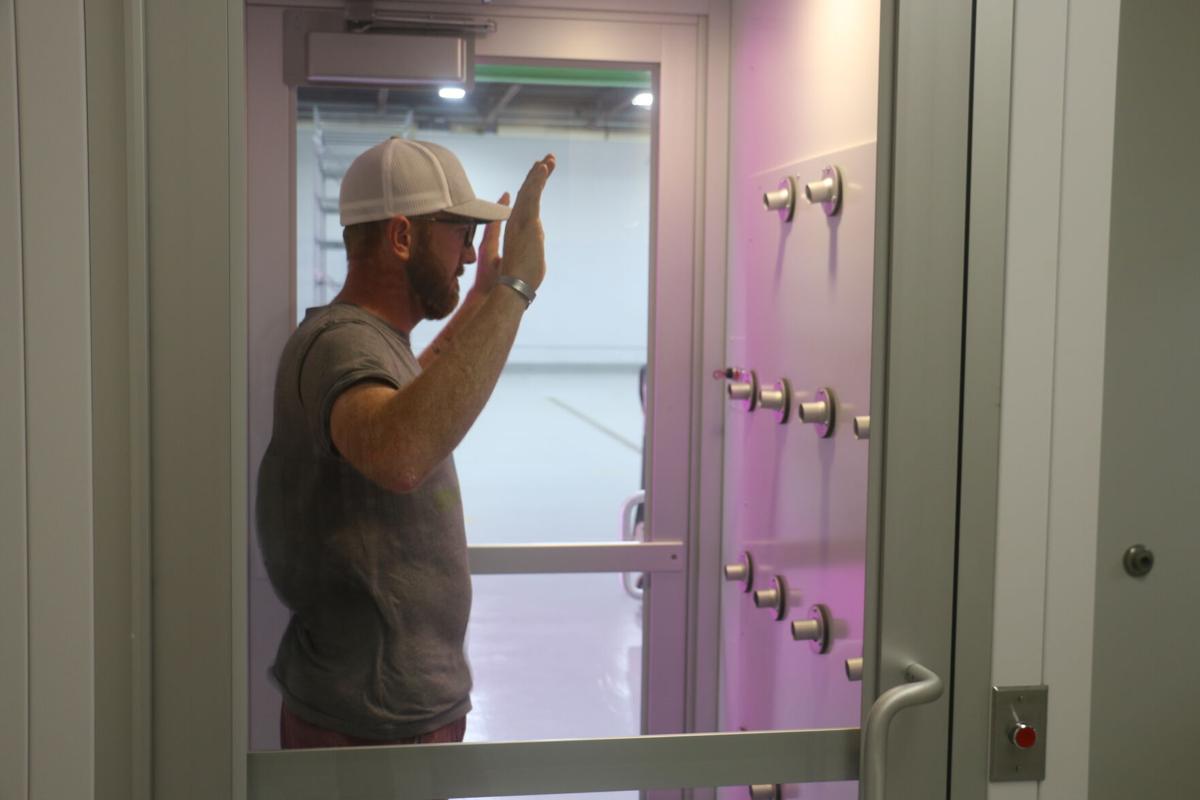 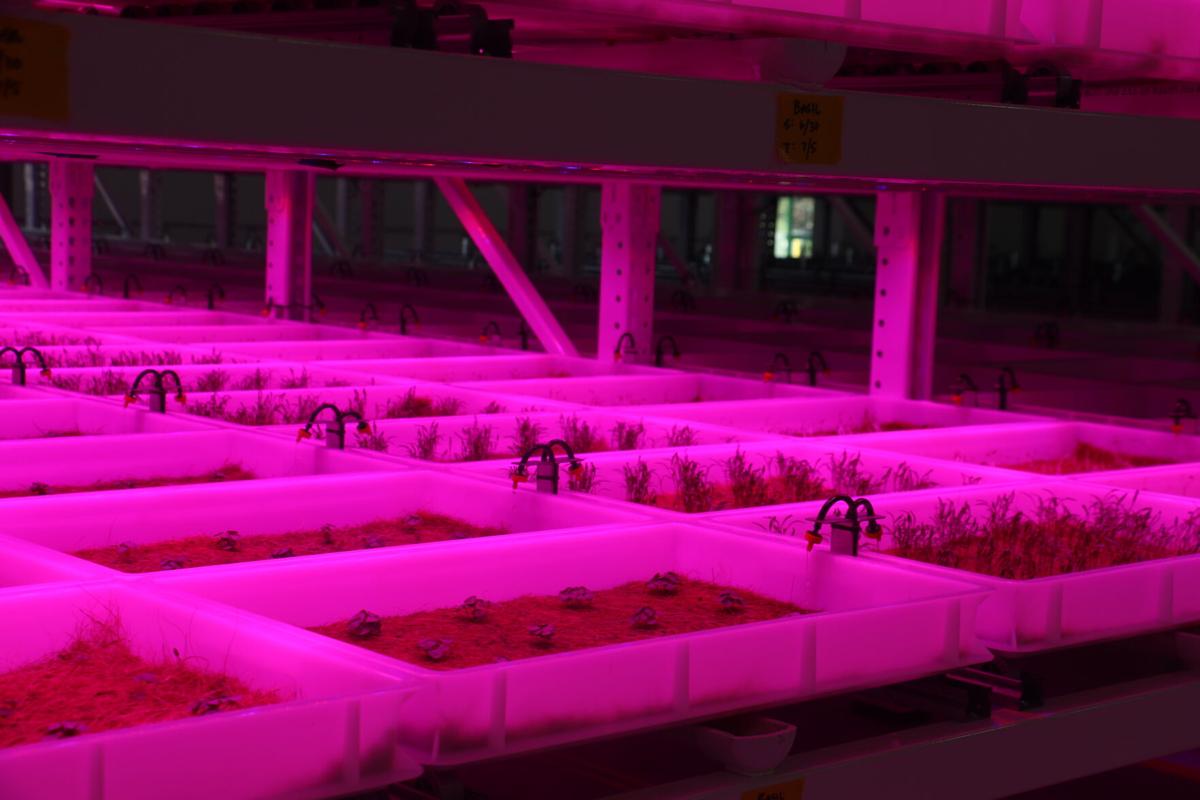 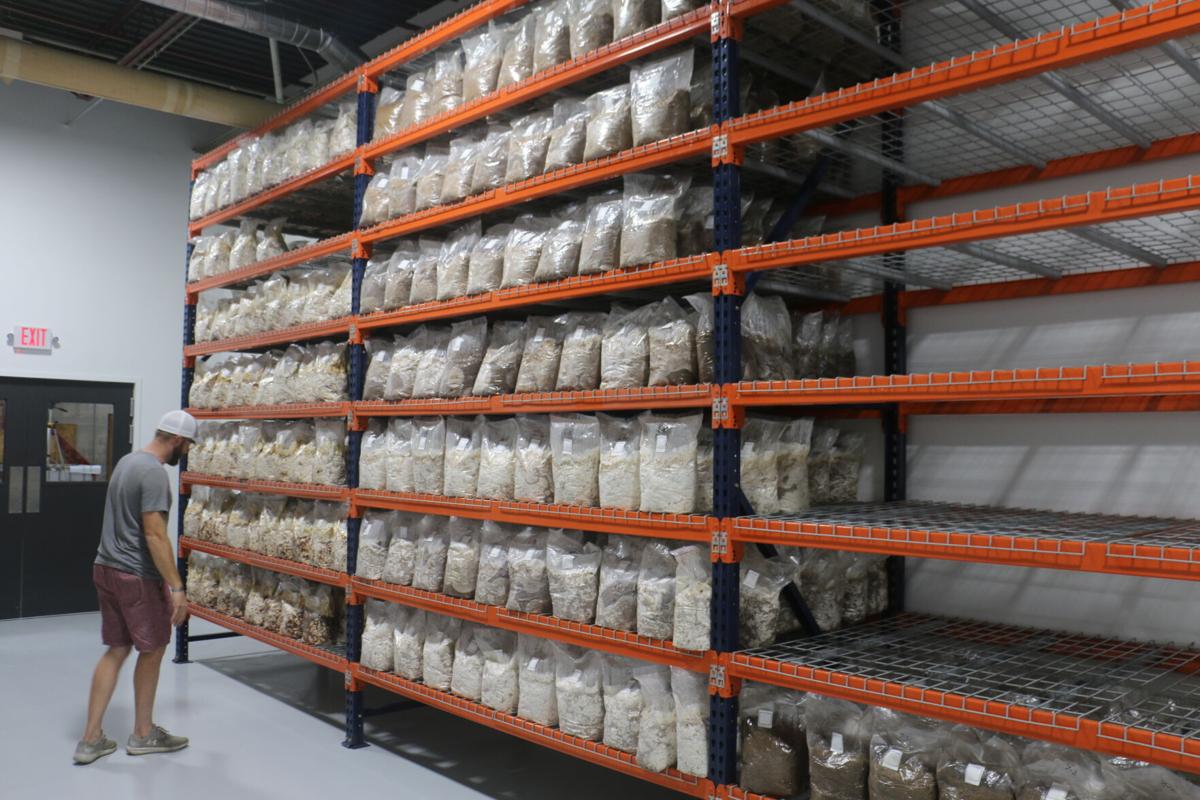 Ernessi Farms owner Bryan Ernst looks at the mushroom incubation area, which was once the grocery’s stores former meat area. 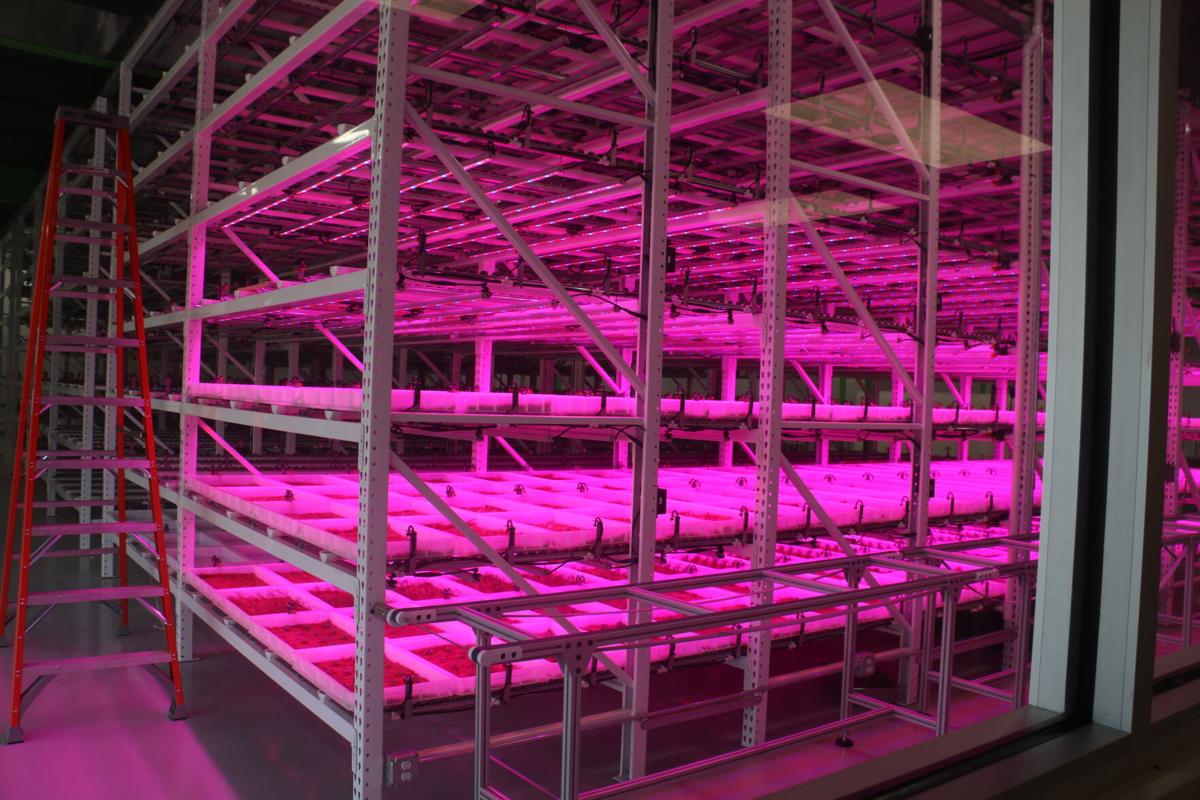 Ernessi Farms recently began transplanting seedlings into a new robotic system and are expecting its first harvest at the new location in about five weeks.

Ernessi Farms has come a long way since its 2013 origins as a small hydroponic garden in business owner Bryan Ernst’s basement.

The business is continuing to blossom downtown and will be moving operations to a new location in the coming weeks, which, when fully operational, will be the biggest vertical farm in the state.

Ernessi Farms is finalizing the transformation of the former Market Fresh Foods building at 111 East Fond du Lac St. into an indoor farm in the heart of Ripon’s historic downtown.

In addition, the relocation will more than quadruple Ernessi Farms’ production capacity.

The move and building renovation were made possible by a Community Development Investment (CDI) Grant from the Wisconsin Economic Development Corp.

Ernst and his staff recently began transplanting seedlings into a new robotic system and are expecting their first harvest at the new location in about five weeks.

In approximately two weeks, Ernst says employees will work primarily in the facility on East Fond du Lac Street, rather than Ernessi Farms’ location in the basement of 325 Watson St., which eventually will be closed.

“As soon as we are able to be here full time, we’ll start a slow transition where we’re breaking the racks down and sterilizing everything before we bring it over here,” Ernst said. “Once everything’s out of that building, we will be done in that location; [111 East Fond du Lac St.] will just be our only location.”

Because the farm uses a controlled environment, it can change the level of nutrients and lighting that plants receive to enhance smell, taste and other characteristics.

“We’re able to control every aspect down to levels of nitrogen, air movement, wavelengths of light to give the plant the optimum growing conditions possible,” he said. “That gives us larger yields and faster turnover of crops. And we guarantee that everything is delivered within 24 hours of harvest.”

Years before operating a farm in the heart of downtown Ripon, Ernst’s passion for hydroponic and vertical farming originated during his time in the Marines.

“When you’re deployed to a lot of impoverished areas around the world, you see how hard of a time people have getting access to clean water and food,” Ernst said. “That really got me thinking, ‘There’s got to be a better way to grow food closer to urban centers, where we’re not transporting it cross country, and you can grow year round.’”

Soon after, Ernst had the idea to start experimenting with hydroponics and vertical farming

As a geologist by trade, Ernst first had the idea to grow plants in his basement utilizing hydroponics. He worked with fellow geologist Tim Alessi to start Ernessi Farms in 2013.

“We designed water treatment systems for groundwater pollution and experimented with different types of wavelengths of light and varying levels of nutrients for plants,” Ernst said of the early days.

At the time, both men quit their jobs and started the company in Green Bay because Alessi lived in Door County and Ernst in Ripon.

About six months later, Ernst bought Alessi out of the company. Ripon Main Street Inc. Executive Director Craig Tebon connected Ernst with the owners of 325 Watson St., who were interested in renting the basement.

As a result, Ernessi Farms moved operations to Ripon, where it has been for roughly the last six and a half years.

As Ernessi Farms worked to research it’s financing options, Tebon informed Ernst that Ernessi could be eligible for the CDI grant, which ultimately helped fund renovation costs and asbestos remediation.

In applying for the grant, Ernst said the farm received help from Tebon, Envision Greater Fond du Lac, as well as Tom and Mary Avery of Ripon College.

“Had it not been for Ripon Main Street and Craig Tebon, there’s no way we would have gotten the CDI grant,” he said.

Meanwhile, the building on East Fond du Lac is about 21,000 square feet, enabling the shelving for plants to go from four to seven shelves high.

The move comes at an opportune time as vertical farming is starting to boom with big money figures like Amazon founder Jeff Bezos and Goldman Sachs investing in the industry, Ernst noted.

He says Ernessi Farms’ latest expansion won’t be the last for the business. Ernst plans to build another location in western Wisconsin in the next year or two.

“The industry is definitely here to stay; the last report that I read said that by 2050 the industry should be worth over $30 billion,” he said. “We’re seeing a lot of growth in the industry, and you always have to stay one step ahead. That’s why we’re expanding.”

Ernst said the business is in talks with other grocery store chains, as well as with food distributors.

To help meet an increasing demand, he says the new facility will implement robotics and automation equipment that utilize machine learning.

“The more efficient we can make the system, the more competitive we can be with traditional agriculture,” Ernst said. “That’s why we’re really investing a lot of time and resources into automation and artificial intelligence.”