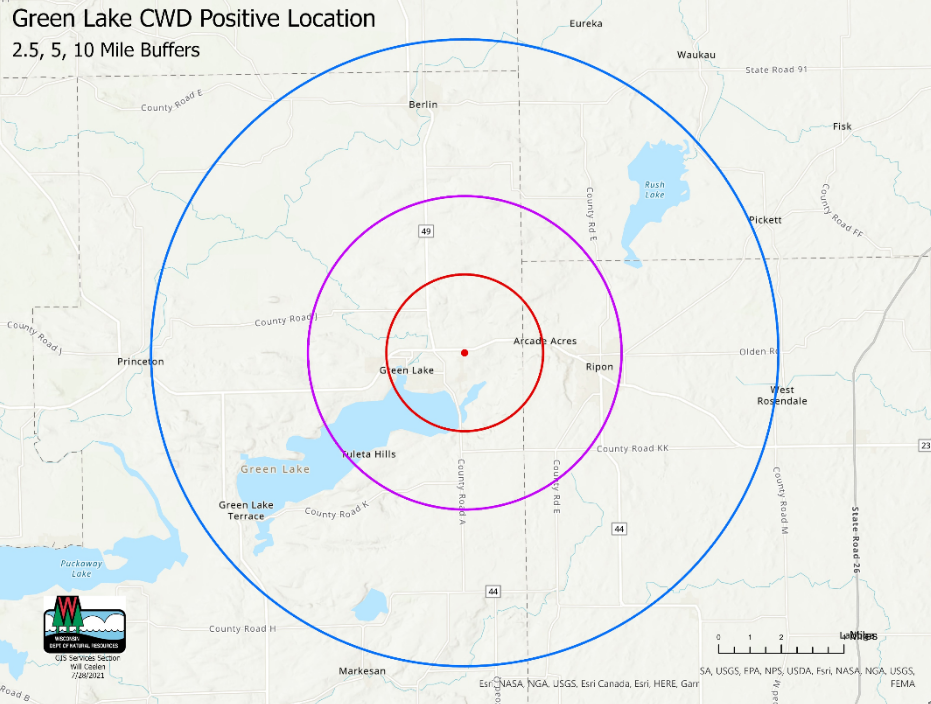 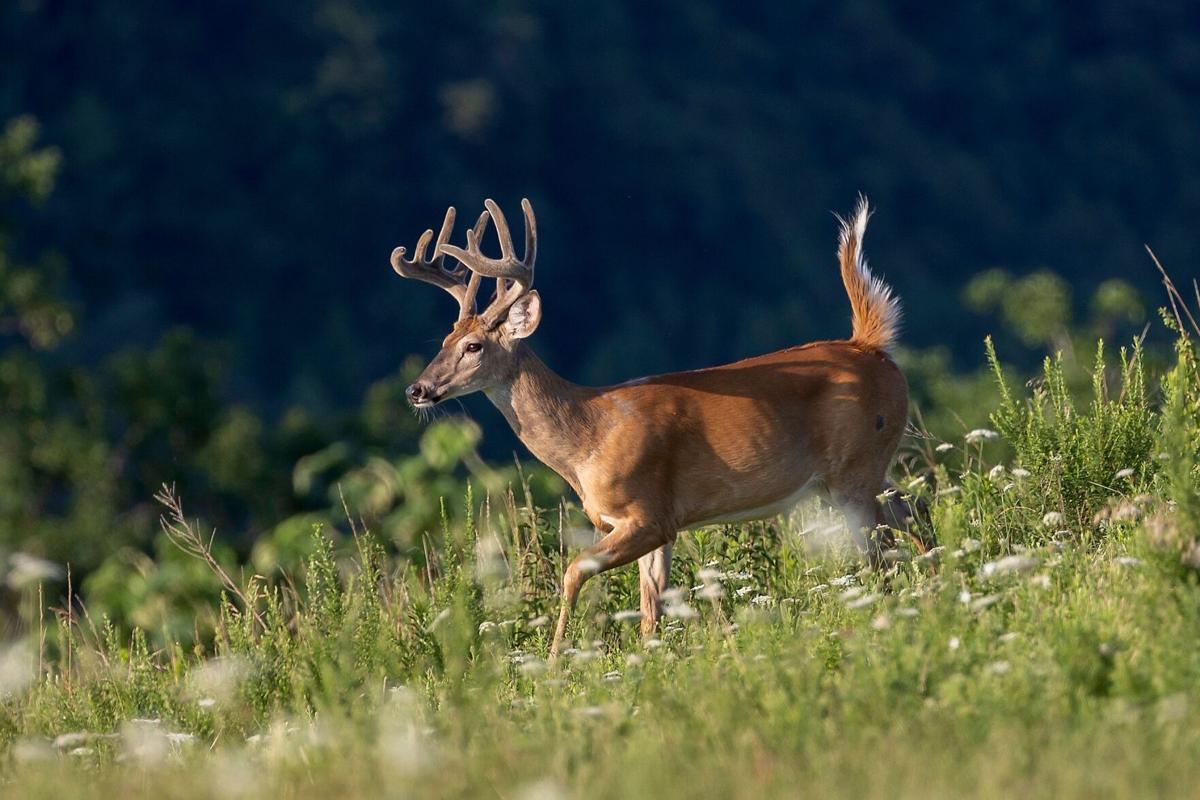 The Wisconsin Department of Natural Resources (DNR) and the Green Lake County Deer Advisory Council (CDAC) have developed a plan to determine how widespread chronic wasting disease (CWD) is among the county’s deer population.

The plan was unveiled at a public meeting last week Tuesday, during which public officials presented the plan to the community, provided information about CWD and listened to feedback from local residents.

“Within a 10 mile radius of that positive case, we're going to try and collect 300 samples,” DNR Wildlife Biologist James Christopoulos said. “That should give us a 95% confidence interval of detecting the disease if it's present in at least 1% of deer.”

The deer was found in the town of Brooklyn in May and is the first deer to test positive for CWD in the county.

Chronic Wasting Disease is a fatal neurological disease that impacts deer, elk, reindeer, sika deer and moose. One of the primary characteristics of CWD is a spongy degeneration of the brains resulting in emaciation, abnormal behavior, loss of bodily function and death.

Deer infected with CWD will often show no fear of humans, weakness or inability to stand, drooping of their head and a loss of coordination.

To address the issue, the DNR plans to begin disease assessment surveillance and sample additional wild deer in the surrounding area to determine the extent of CWD in Green Lake County.

The DNR will collect tissue samples using a variety of methods, preferring voluntary submission from hunters and landowners. The DNR says the surveillance is not intended to reduce local deer populations.

It aims to sample at least 300 deer, which the DNR says will provide a higher level of confidence for detecting disease prevalence.

A 10-mile radius disease surveillance area around the positive location in the town of Brooklyn will be established, where surveillance activities will be conducted, according to the DNR.

“Having that surveillance in place will give us a better handle on the extent of the disease in Green Lake County,” Christopoulos said. “That has implications for how harvest quotas are set and for getting a better understanding of how the disease got into the county in the first place.”

During hunting season, the DNR plans to encourage voluntary submission via self-service kiosks, participating taxidermists and meat processors, state sample collection stations and appointments with local biologists. The DNR may require testing within a defined area.

If the DNR does not reach its sampling goal during the hunting season, it will issue “property specific” surveillance permits for properties with at least five contiguous acres to the positive location.

Christopoulos said surveillance permits will be used to get “targeted samples” in areas near the positive.

“Willing landowners who are interested in helping with that surveillance effort can contribute by applying for a surveillance permit, which would allow the harvest of deer with mandatory CWD testing,” he said.

Although there have been no reported cases of CWD jumping from deer to humans, Christopoulos recommends all hunters test their deer for CWD because it's a free service that will help verify that meat is CWD free.

“That’s in concert with state and national health recommendations to not eat infected meat,” he said. “It’s a free service and it’s going to be a big help to us to have a better handle on on the extent of the disease.”

CWD surveillance is planned to continue for up to five years and will be reassessed with CDAC and local citizens, according to the DNR. If no additional positive cases are detected, surveillance could be suspended.

In addition, the baiting and feeding ban in Green Lake County is set to expire in three years on May 28, 2024.