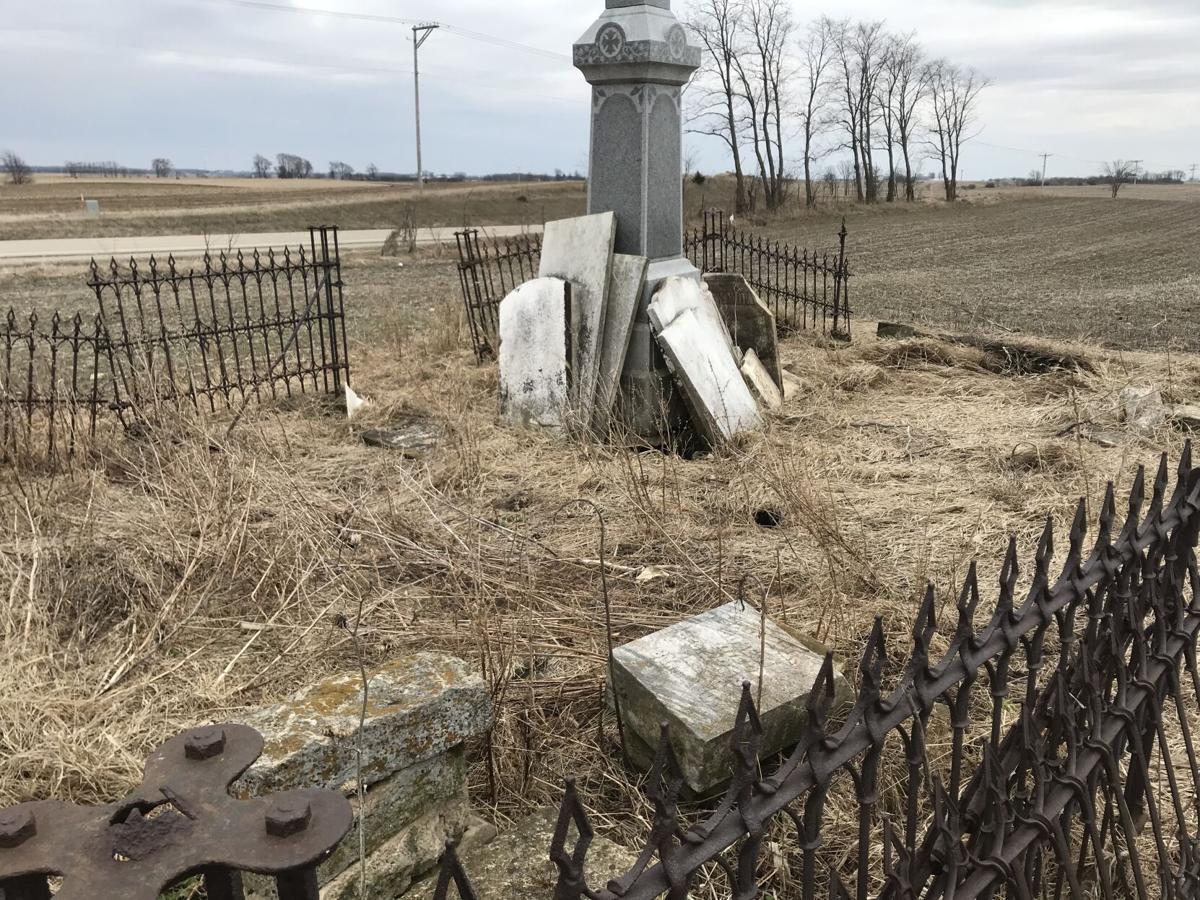 This is what the Bonesteel Cemetery looked like before Dave Berndt spent the summer cleaning it up. 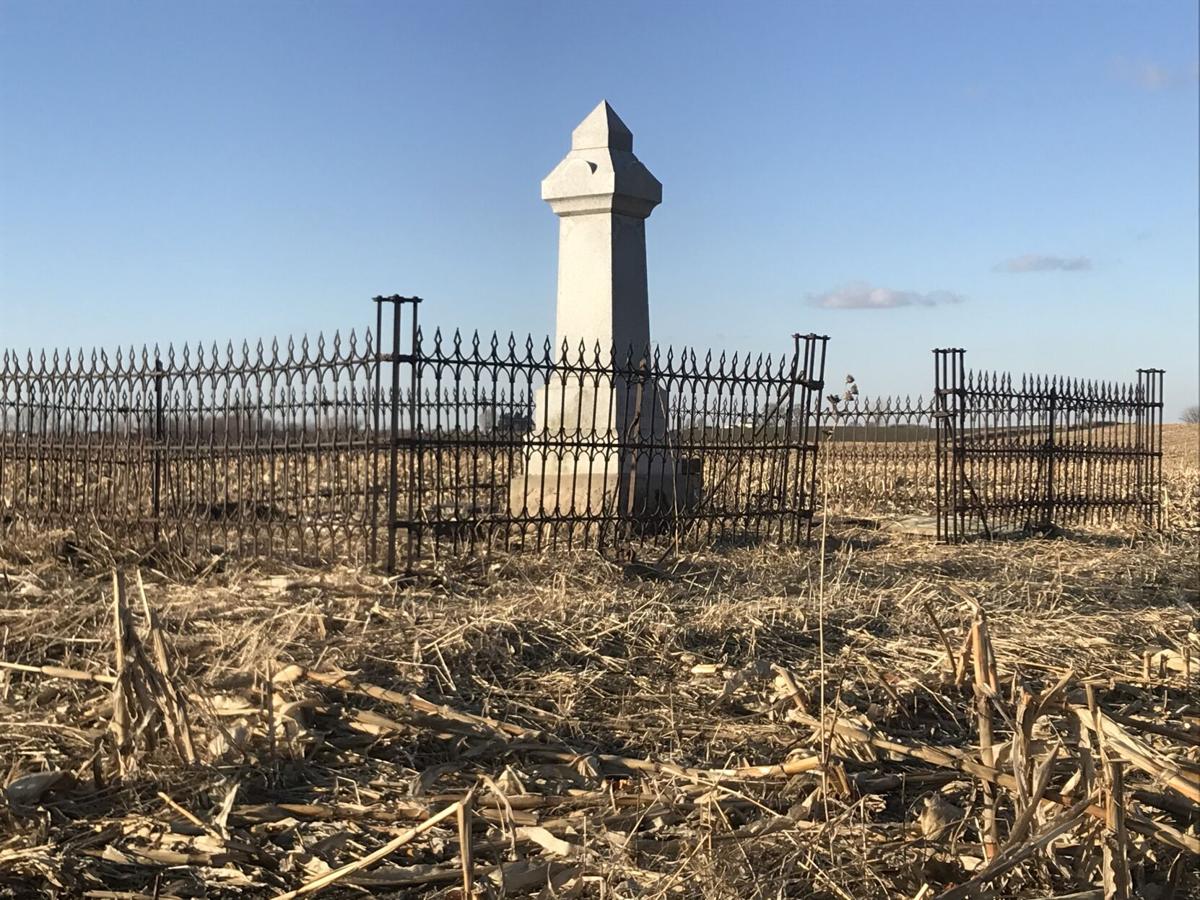 This is what the cemetery looked like after Dave Berndt spent the summer cleaning it up.

This is what the Bonesteel Cemetery looked like before Dave Berndt spent the summer cleaning it up.

This is what the cemetery looked like after Dave Berndt spent the summer cleaning it up.

One local resident spent his summer working to restore an old cemetery nestled in the town of Green Lake after being laid off from work due to the COVID-19 pandemic.

The Bonesteel Cemetery, located on County Road A in the town of Green Lake and about six miles north of Markesan, was in a state of disrepair when Dave Berndt first pondered restoring it last spring. It had many broken and unreadable gravestones strewn about the place, tall weeds and a damaged fence.

Every 20 years or so, Berndt said someone works to restore the cemetery, which has no official name, but is often referred to as the “Bonesteel Cemetery” because of a large Bonesteel family monument on the site.

At the annual Fairwater Historical Society meeting last April, Berndt pitched his idea of restoring the site to the group, noting “I want that to be my summer project, cleaning it up and straightening it out.”

Little did he know at the time that the property’s owner, David Wilke, also was a member of the historical society and gave Berndt his blessing to restore the property.

Berndt explained that the property is one of the few cemeteries in Wisconsin that hadn’t been deeded over to a local municipality, which is why it was in such disrepair.

“I wanted to clean that up and do stuff with it,” he said. “It was in pretty bad shape; the fences had been hit by an implement sometime in the past, which twisted the fence and broke one corner post, and the weeds were overgrown.”

Last spring, Berndt had nothing but time on his hands as the pandemic had forced him out of a job and he said he needed to do something productive to occupy the time.

One of the first things he did was call the Wisconsin Historical Society for advice on how to go about restoring a cemetery. Berndt noted the historical society gave him a list of “dos and don’ts” when it comes to restoring cemeteries.

The state Historical Society told him one of those don’ts was not to disturb anything on the property. However, because many of the gravestones had been ripped from their initial dwellings already, Berndt noted the area already had been disturbed.

“[The historical society] said ‘What you're doing is not disturbing it; you're not really restoring it, but you're not doing it any harm whatsoever,’” he recalled. “They ended up coming and taking pictures of all the gravestones.”

After talking with the historical society, Berndt spent the spring and summer cutting weeds and mending the fence.

Because it was “impossible” to place the gravestones in their proper positions, Berndt said he laid them around the cemetery in an orderly manner as they had previously been stacked upon a monument on the site.

“I usually have three or four summer projects I want to do, but, this year, I had three of them; and this was the completion of one of them,” he said, noting the Bonesteel Cemetery project devoured the bulk of his time this spring and summer.

After the project was completed, Berndt shared his work with members of the Fairwater Historical Society, along with Wilke, who gave him positive feedback on the project.

“Everyone said it looks great and they thanked me for doing it,” Berndt said. “The society kind of adopted that as one of their projects this year.”

While the Bonesteel Cemetery project took up much of his time this past summer, Berndt added that he’s planning to devote next summer to a few different pursuits that he didn’t get to in 2020.

Great job! Thank you for your time and effort.