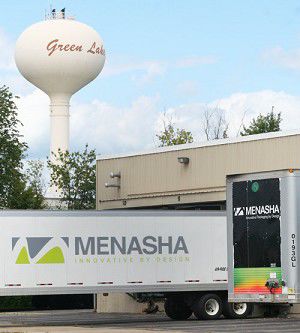 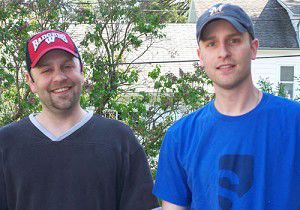 Mark Bethke Jr., left, and his brother, Kyle, are local fishermen who helped save a capsized kayaker in May.

Mark Bethke Jr., left, and his brother, Kyle, are local fishermen who helped save a capsized kayaker in May.

Green Lake had plenty of news that got people talking this past year. In the final Commonwealth of 2013, here’s a brief synopsis ...

In August, the community was shocked to learn the local Menasha Packaging plant was closing after 20-plus years in Green Lake.

The business was located in the industrial park.

Approximately 45 full-time employees were told they could apply for jobs at other company plants — such as in Neenah or Hartford — but were given just one day to decide.

“We are offering all employees in Green Lake the opportunity to apply for positions at other Menasha Packaging facilities in the area — in Neenah, in Hartford,” a company spokeswoman said. “We’re hopeful this will work out for them.”

Several weeks later, the Commonwealth asked that same spokeswoman exactly how many of those employees had been retained elsewhere. No answer was given.

When two local brothers took a cruise around the lake, they never realized their decision may save a life.

In early May, Mark Bethke Jr. and his brother, Kyle, stumbled across an emergency scene at the Green Lake inlet.

It seems two kayakers were out a ways from shore on Big Green Lake’s east end. One had overturned and flooded his kayak, and was stranded in the frigid, early May water.

Kyle and Mark — who had been fishing all day — sprung into action. They quickly grabbed their canoe from the truck, paddled out and pulled the shivering kayaker to shore ... Continue reading Green Lake’s biggest stories of 2013 in the Dec. 26 Ripon Commonwealth Press.