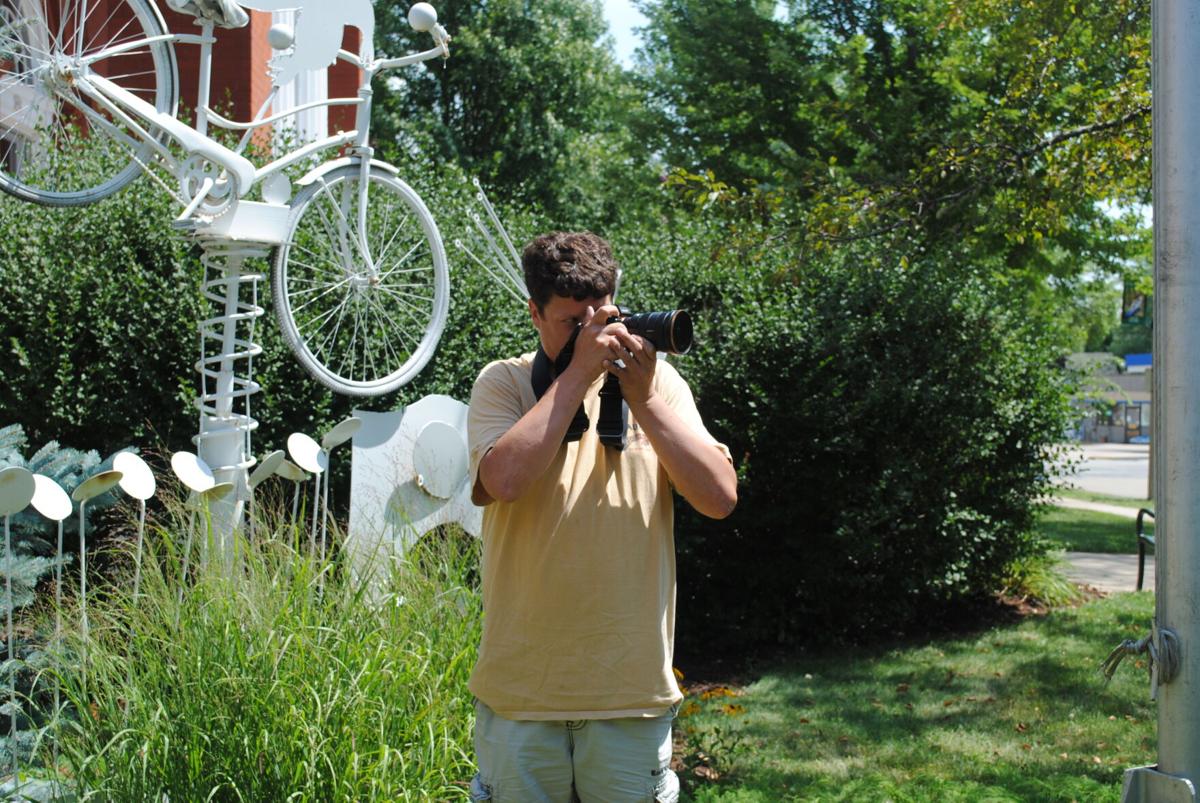 Jeremy Stibb prepares to take a photo. Since taking a photography class in high school, Stibb has been taking photos of wildlife, community events and nature. His photos will be on display in Town Square through the month of August. 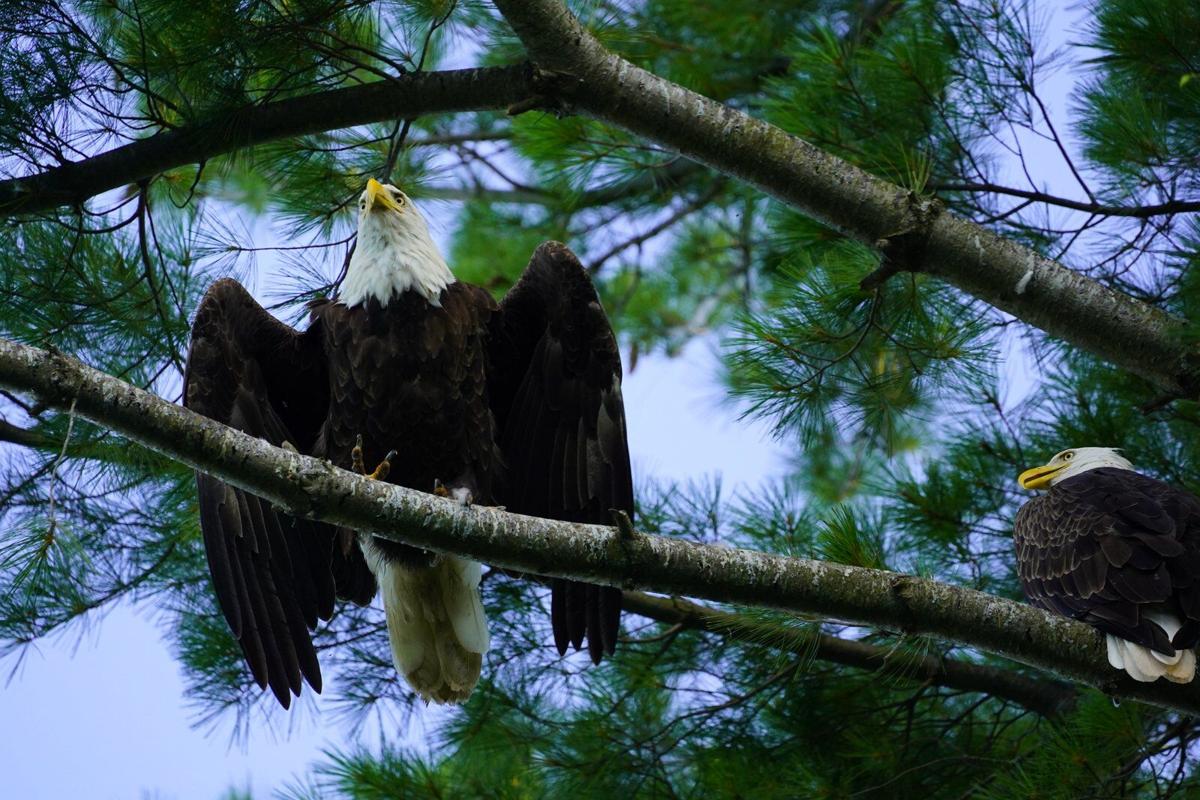 Jeremy Stibb captured this photo of two bald eagles. The animal is one of his favorites to photograph.

When Jeremy Stibb was in high school, he took a photography course that taught him the power of capturing “those little moments.”

After that first course, Stibb continued to take photography classes — learning the elements of photography such as composition, lighting and staging.

After graduating from high school in 2000, he continued playing around with cameras, mostly using point-and-shoots to take pictures of vacations.

“I’d go on vacations and I took different photos, going to Mexico and going to NASCAR races in California and stuff like that,” Stibb said.

Then, about four years ago, he bought a Sony camcorder and began taking photos and videos at community events, such as the Green Lake Half Marathon, the Community Street Bash and the 4 on the 4th race.

That was when he truly began to enjoy capturing intimate moments of joy, as well as mingling and meeting new people.

Shortly after, a friend gave him a DSLR camera and Stibb developed a passion for capturing nature.

“I just enjoy driving around and checking out the different scenery,” he said. “And different people have pointed me to different spots where there’s bald eagles.”

Bald eagles are Stibb’s favorite animal to photograph. He noted the best place to find them publicly is the Green Lake Conference Center but some folks have let him photograph on private property.

“Once you see [the eagles], some of them are clear as day, and for other ones, you’ve got to look extremely close and even then it’s sometimes hard to see,” Stibb said. “They can be pretty far off the beaten path.”

This June, he officially turned his passion for capturing intimate moments into a business, launching J-Stibb Photography with the help of Town Square Business Solutions.

Read the full story in the Aug. 6, 2020 edition of the Ripon Commonwealth Press.