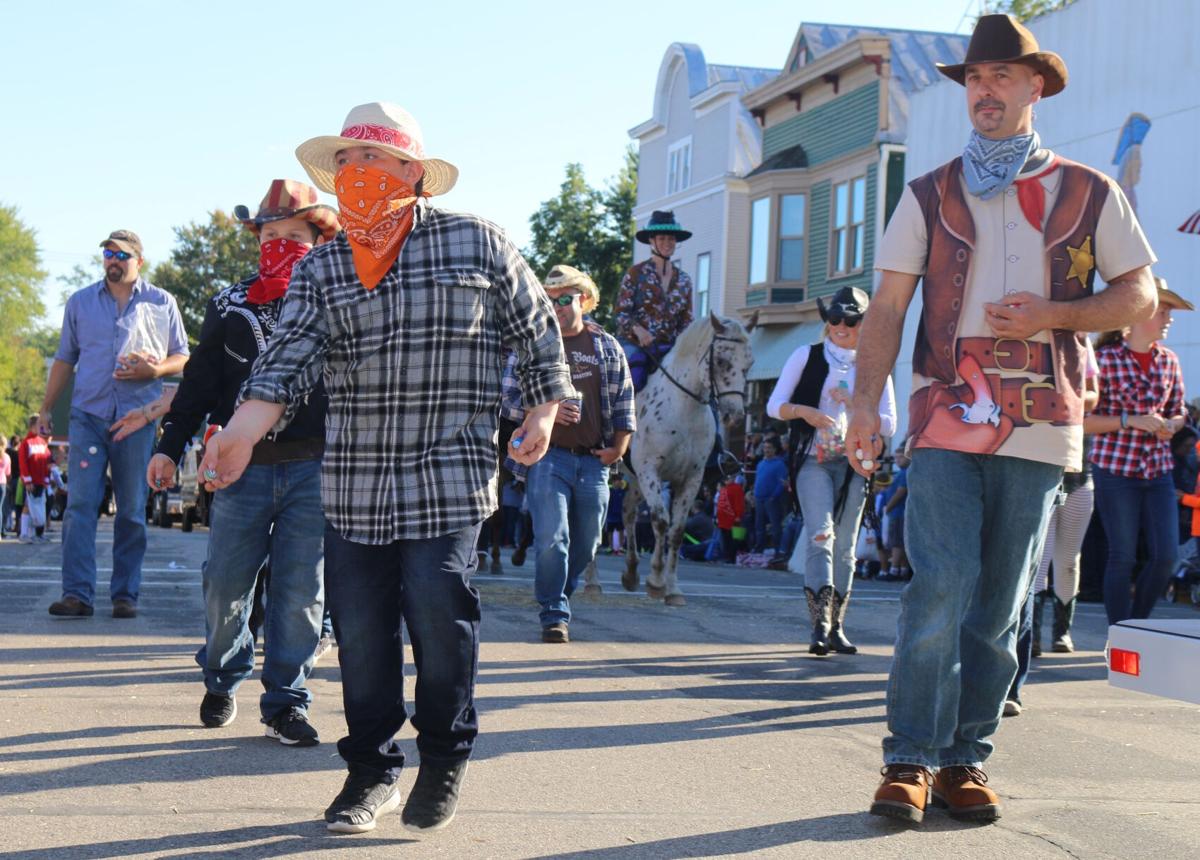 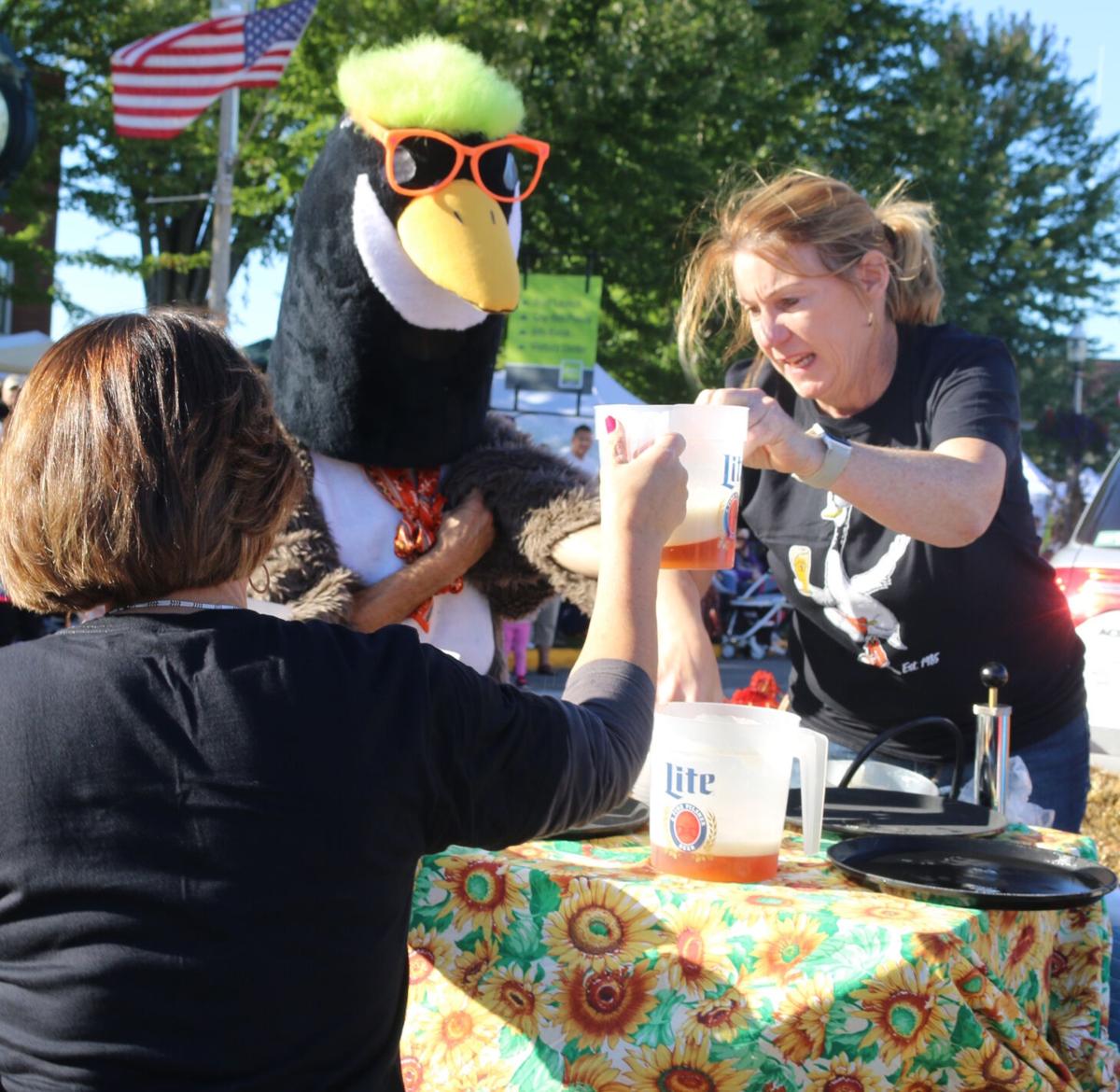 Many community events — from the Community Street Bash to the Green Lake Fine Arts show — have been canceled due to the coronavirus pandemic.

Harvest Fest is not one of them.

While the festival’s 32nd year will be quite different from its previous incarnations, the Green Lake Area Chamber of Commerce (GLACC) board of directors decided in June to move forward with the event. The city’s annual fall festival is slated for Saturday, and Sunday.

The board ultimately decided to host the event, which has attracted an average of 10,000 people to the area each year, amid the pandemic because of the economic boost it gives the local economy, as it’s designed to help extend the summer season into fall.

“Green Lake has a lot of pride in Harvest Fest; it’s their signature event. It’s really important to them for keeping the economy going in September when our summer tourism season has ended,” GLACC Executive Director Lisa Beck said of the decision to move forward with the festival. “Hosting the event puts a little more stimulus into our local economy.”

In past years, the festival, which encompasses events at multiple venues, has served as one of the primary fund-raisers for the chamber.

This year, however, GLACC hopes Harvest Fest gives the community an opportunity to safely come together for a weekend of non-stop celebration, after a summer that provided an event drought.

“We’re looking at Harvest Fest as a way to give back to our community,” Beck said. “I think people are ready to go back to normalcy and we can’t quite yet, but yet we can provide everyone with an event that will be safe.”

She’s hoping those who are comfortable with going out in public will come enjoy the event, and that those most vulnerable to COVID-19 or those who are sick stay home.

In planning the festival, Beck has been working closely with Green Lake County Public Health Officer Kathy Munsey to ensure Harvest Fest can be run safely.

“We’re hosting this event,” Beck said. “Some may not agree that it should be taking place, but we’re doing everything in our power to make it safe.”

To accommodate for proper social distancing measures, the chamber also has limited the number of craft vendors from nearly 100 last year down to 70.

“I had to cut-off [vendor] registration and, unfortunately, people were sad because the calls just kept coming in,” Beck said.

The Farmers Market on Water Street and the Craft Faire at Deacon Mills Park, Playground Park and the Town Square lawn run Saturday and Sunday from 10 a.m. to 4 p.m.

Beyond adding room for social distancing, the chamber has eliminated the Harvest Fest beer garden, which has been one of its largest fund-raisers during the event.

Instead, downtown restaurants will host mini-beer gardens in an effort to create physical distance between people, which has been dubbed the “Taste of Green Lake” and runs Saturday and Sunday from 10 a.m. to 4 p.m.

“The chamber just felt like it wasn’t a good year to do the beer tent, so we’re asking all the restaurants to step up and do a beer garden outside their properties,” Beck said. “That way, we’re dispersing people throughout the community.”

She added the chamber will be selling “Green Lake-themed masks,” donated by Mike and Jill Havey, at the information booth as a fund-raiser for the event.

Rather than having one location featuring live music, GLACC has placed music throughout the city each day at Festival Square, Playground Park and Deacon Mills Park.

Music at the Festival Square begins at 11 a.m. both days, while music in the downtown parks begins at noon each day.

“We’ll have it set up so that wherever you go downtown, you should be able to hear live music,” Beck said.

Like previous years, the Harvest Fest parade will march through downtown at 4 p.m., with a new twist.

Like the Independence Day parade, the Harvest Fest parade will have a modified route from previous years.

“I feel better having the parade start and end in one spot, versus ending at the school and then people in the parade having to walk through town again and pass everyone on the sidewalk to go back to the fairgrounds,” Beck said of the modified route.

Aside from hosting vendors and a parade, the festival also offers activities for children, the return of bingo at Town Square, a classic car show, a silent auction, a raffle and a Saturday night street dance at Goose Blind Grill & Bar.

Town Square will offer bingo for the first time since the pandemic started, Saturday at 1 p.m. and 6:30 p.m. and Sunday at noon.

For months, Phil Burkart, who sits on the community center’s board of directors and calls the numbers at bingo, has collected items for prizes for “Big Top Bingo” on Mill Pond Terrace.

“We have plenty of space to do it, and in years past, they’ve never filled [downtown] completely,” Beck said. “For the car show, we’re going to space out a little bit more than typical, but with people just walking around a car, I think we’re OK with that.”

Playground Park will house the Sink the Bismarck, beginning at 10 a.m. each day.

The park will feature youth programming provided by Young Stars Childcare LLC Saturday from 11 a.m. to 2 p.m. Additionally, the park will serve as the site for Fortifi Bank’s duck race Sunday at 1 p.m.

“I just felt like we needed some type of kids events for Harvest Fest because I eliminated the petting zoo and some of the other activities for kids because of the COVID-situation,” Beck said.

The final day of the festival also features a silent auction in Festival Square that closes at 2 p.m., followed by a raffle drawing at the same location at 3.

Prizes for the raffle include $750 in chamber dollars for first place, a Yeti cooler valued at $450 for second place and more prizes that have yet to be announced.

Overall, Beck hopes this year’s rendition of the festival offers enough elements of a traditional Harvest Fest to make it the refreshing escape that the community is craving, while boosting the local economy.

“I am concerned that school will be in session; I want everyone to be smart and safe by wearing a mask and washing their hands,” Beck said. “Everyone really supports the event — they need it — and it would have been really sad if we didn’t have it this year.”