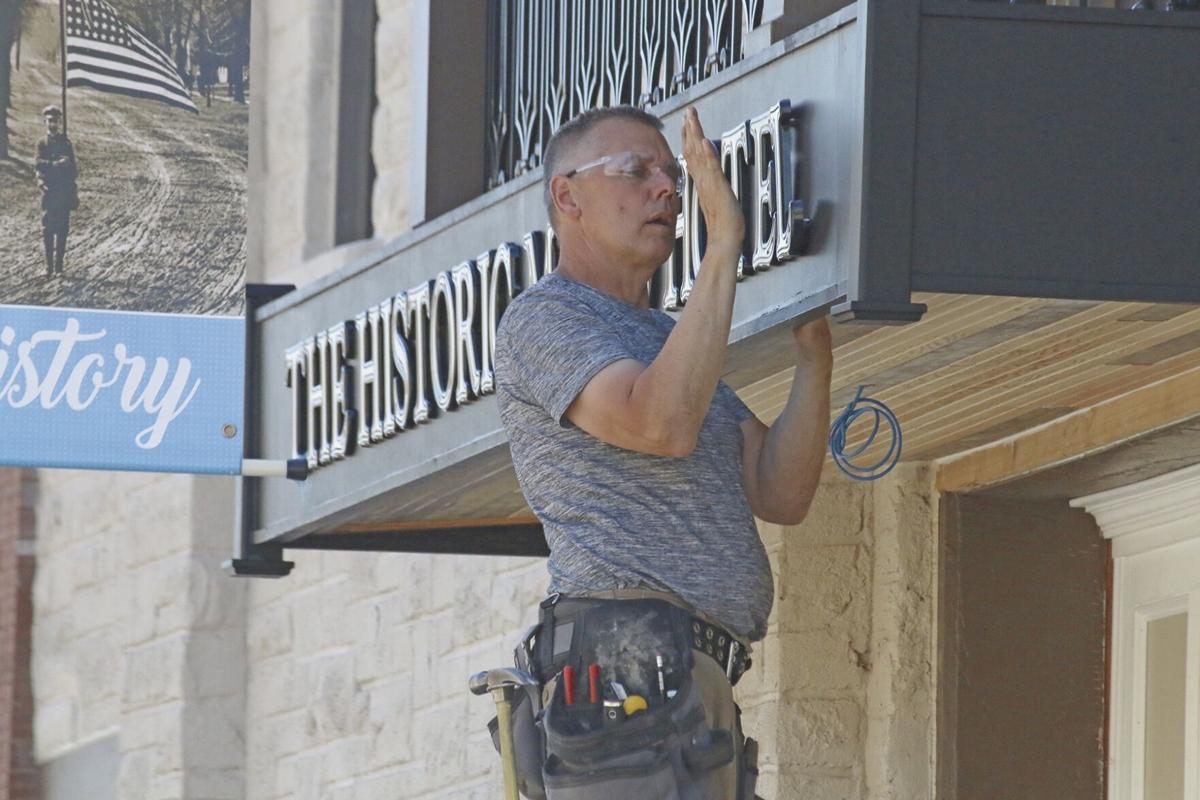 Eric Pollesch, left, finishes installing the name of The Historic Mapes Hotel on the front of the building earlier this summer. 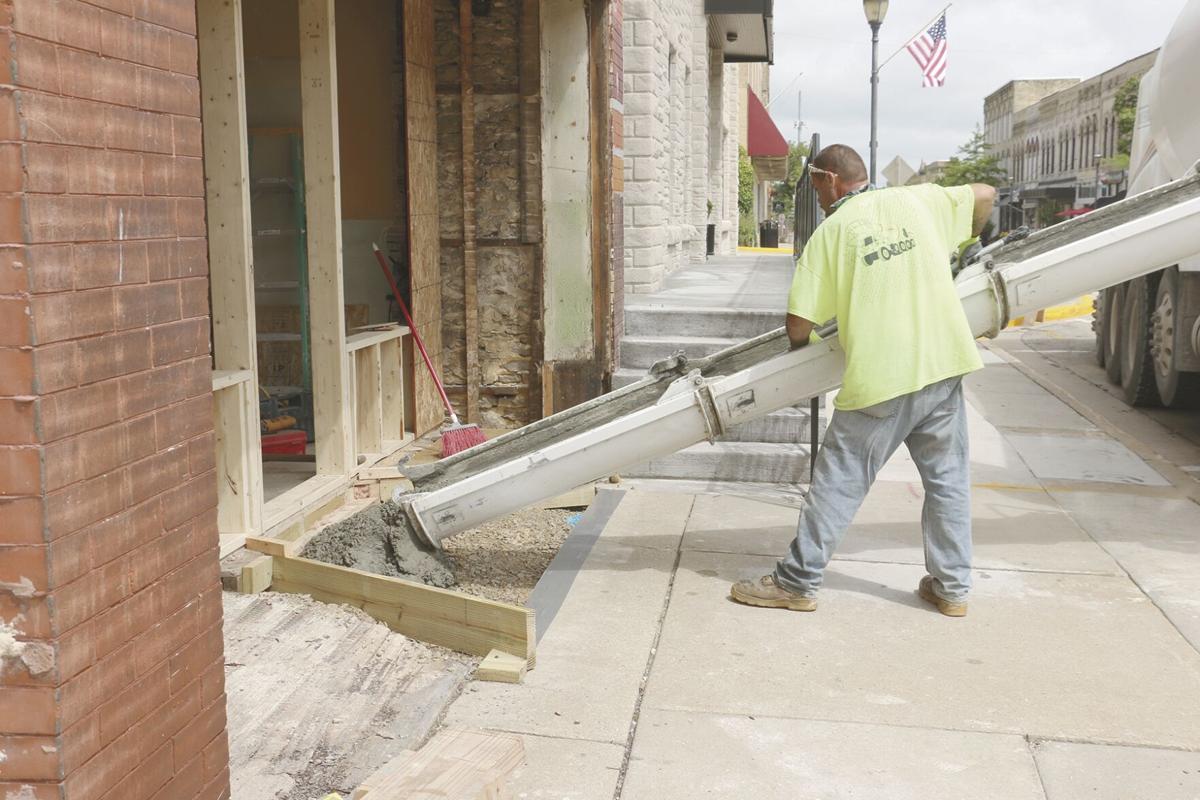 A construction worker pours a new cement step in front of 308 Watson St., which is being renovated in connection with the work at the Historic Mapes Hotel. 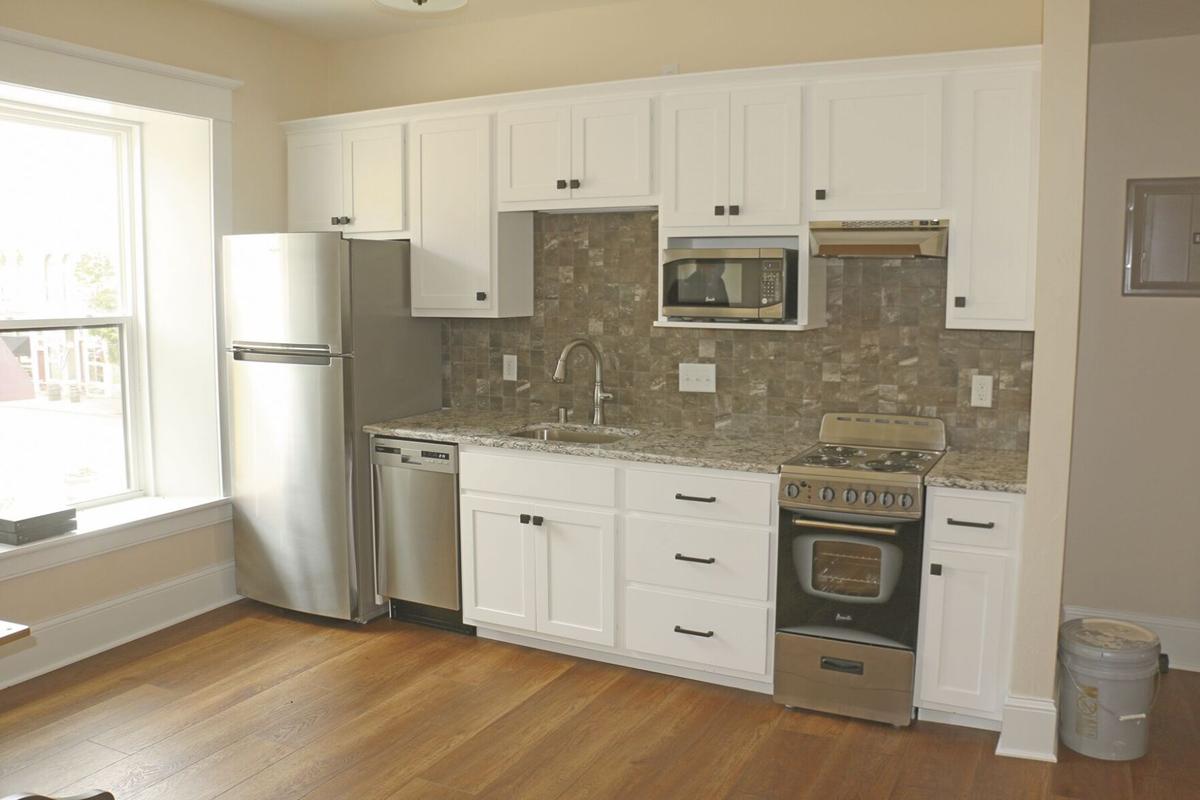 Each kitchen in the Historic Mapes Hotel is slightly different, but each includes high-end touches as well as a full range of amenities. 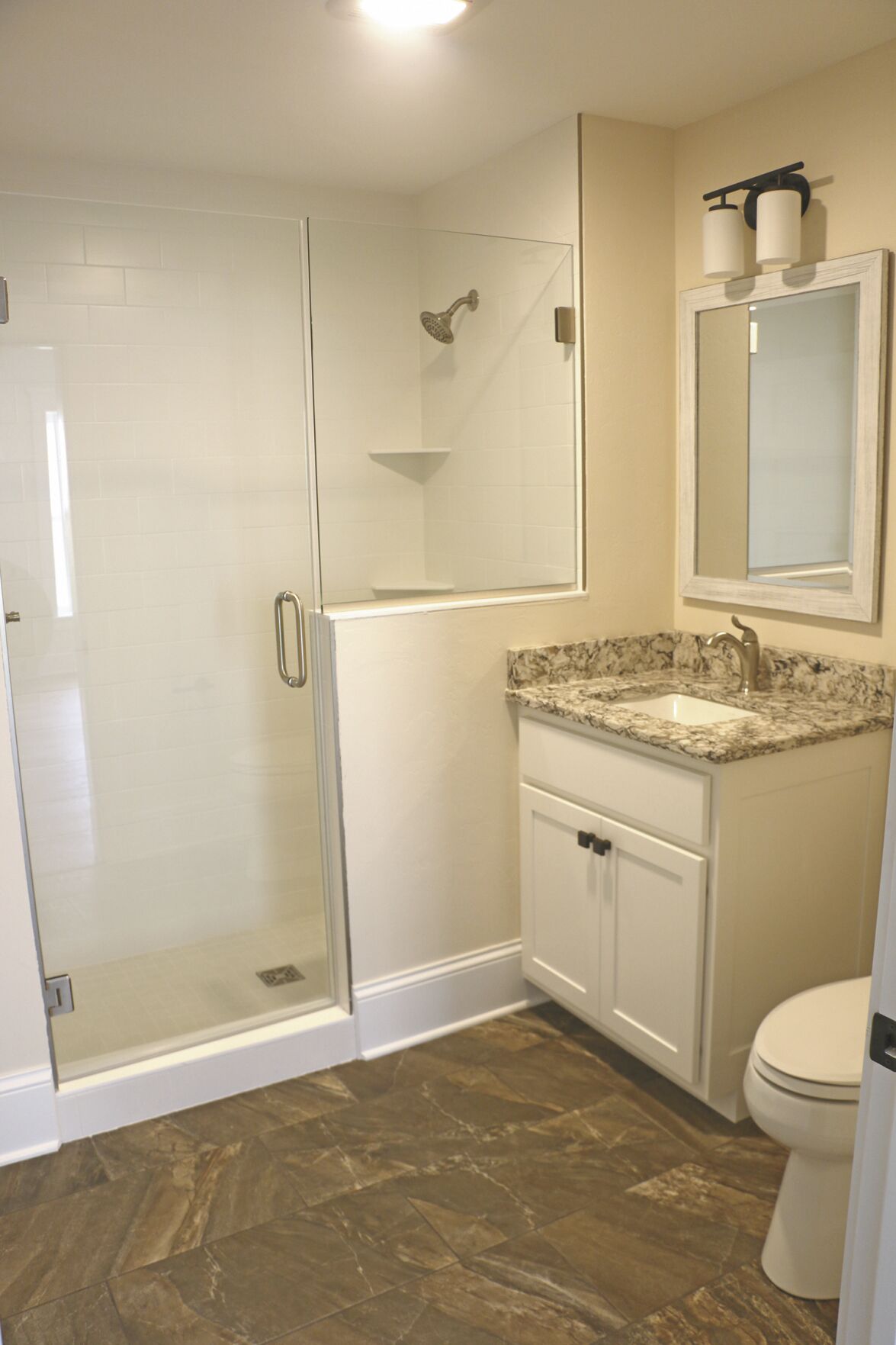 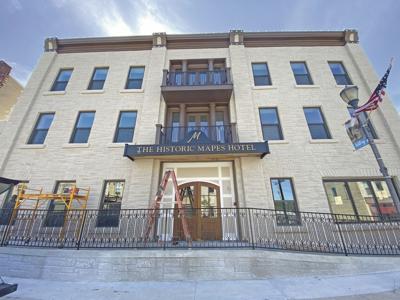 Eric Pollesch, left, finishes installing the name of The Historic Mapes Hotel on the front of the building earlier this summer.

A construction worker pours a new cement step in front of 308 Watson St., which is being renovated in connection with the work at the Historic Mapes Hotel.

Each kitchen in the Historic Mapes Hotel is slightly different, but each includes high-end touches as well as a full range of amenities.

An old hotel that was on the precipice of being torn down now is on the verge of reopening.

The Historic Mapes Hotel at 300 Watson St. is set to open in the coming weeks.

The lower level could start hosting meetings any day now, while the upper floors will open by no later than September with 11 Airbnb units. A 12th will follow later in an adjacent building, 308 Watson St.

Tom Rogers, whose family has financed the massive redevelopment project via his family’s company, Rogers & Rogers LLC, noted that he’s happy to see the project nearly done, while downplaying his role in the work.

“Obviously, I’m very proud of what we have [accomplished],” he said. “But to be honest, I have a crew [that does all the work]. Eric Pollesch and his son, Brantly; I have Seth Lang; I use Jackson Glass. Surfaces and Surroundings — I use all local contractors. They’re the ones that put the beauty into these [buildings]. To do this is not me — they create the beauty. All I have is the checkbook. Ripon has been very good to me. I can do it; I want to do it; it helps out downtown Ripon.”

And it’s hard to argue the difference, even visually, for downtown Ripon.

Today the Historic Mapes Hotel boasts a new, bright coat of paint, highlighting the stone exterior, as well as dark wood accenting at the doorways.

That’s a big change. It’s been in a state of disuse for some time, but after it was purchased by erstwhile downtown developer Boca Grande Capital LLC, it fell into greater disrepair and was slated for demolition.

The site was to be used for part of the Ripon Inn & Spa that was once promised by Boca.

Instead, it languished while the project never got off the ground, while the community appeared divided on whether it could, or should, be saved.

Read the full story in the July 30, 2020 edition of the Ripon Commonwealth Press.

The Ripon Commonwealth Press will count down the top-10 stories in Ripon from 2020 over nine days, with it culminating with the top story Thur…