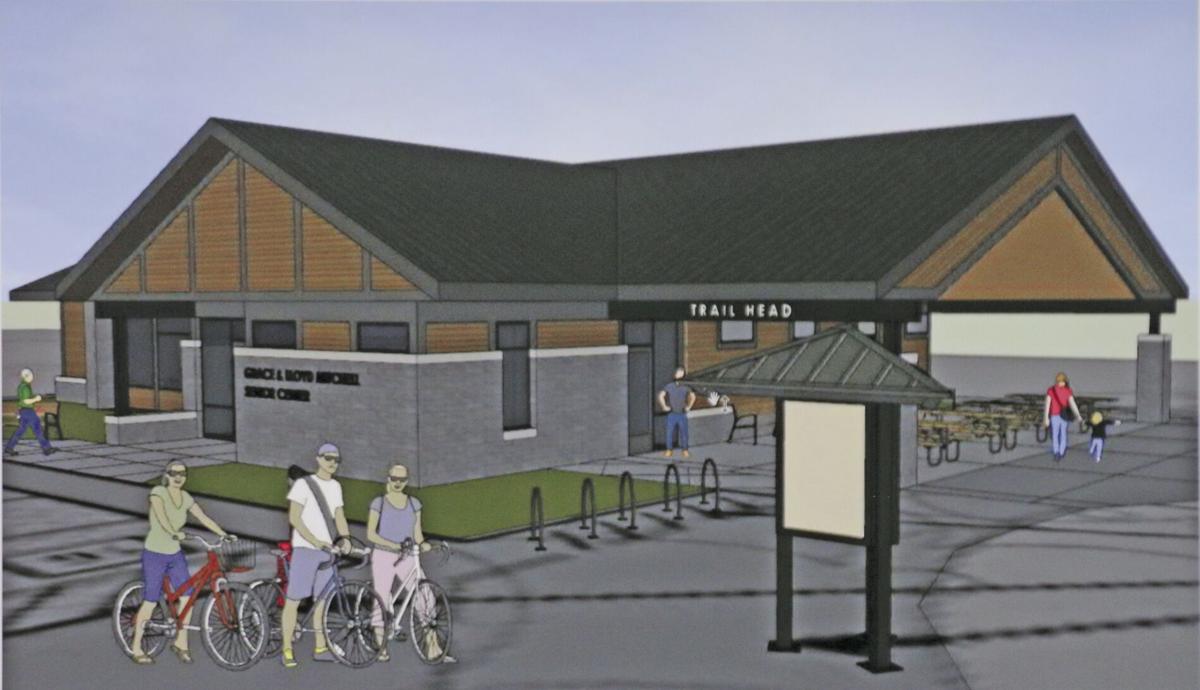 This is an early concept rendering of what the completed senior center and trailhead facility could look like inside Murray Park. It is subject to change as the process continues. 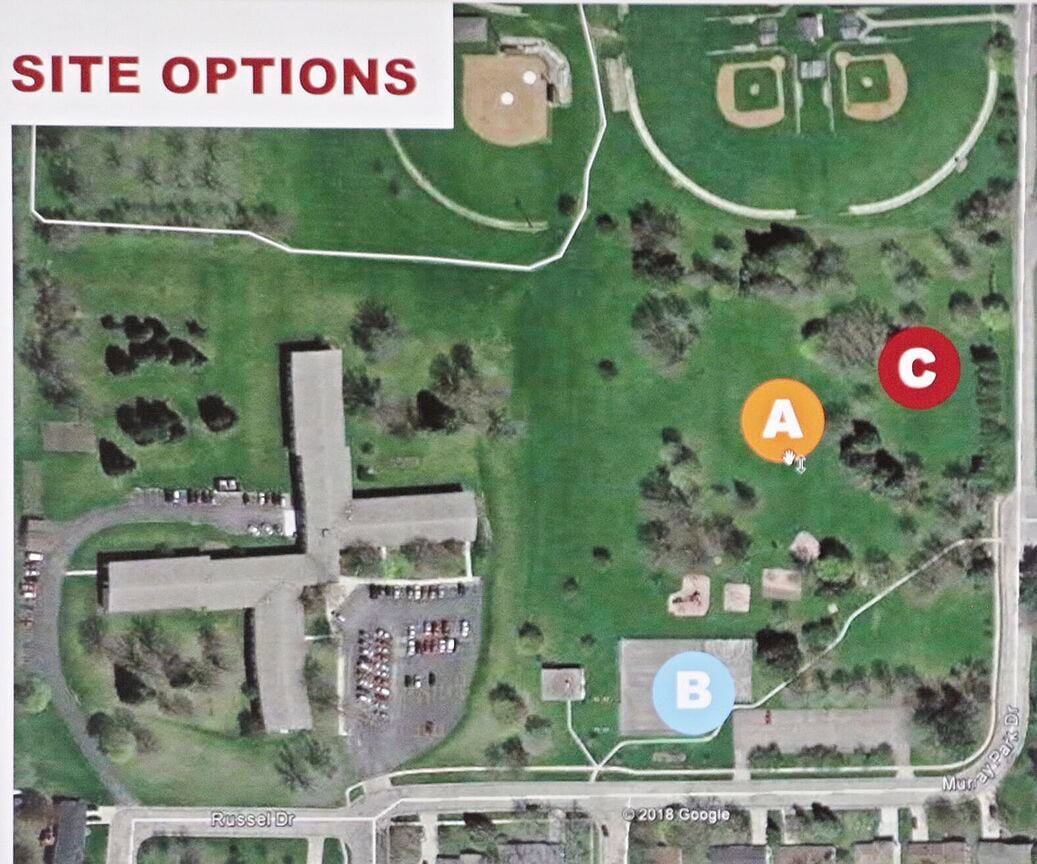 This is an early concept rendering of what the completed senior center and trailhead facility could look like inside Murray Park. It is subject to change as the process continues.

A location has been chosen for the senior center and trailhead facility inside of Murray Park.

Going into last week Tuesday’s Ripon Common Council meeting, multiple decisions needed to be made to keep the Senior Center/Trailhead project on schedule and eligible for funds from a Community Development Block Grant (CDBG).

“If we continue to push things off into August, we get dangerously close to having to say, we cannot accept the CDBG public facilities grant because we can’t keep up our end,” City Administrator Adam Sonntag said.

The Common Council voted to approve a location, a target budget and project scope. There were three locations identified for the project, but the one chosen will avoid removing existing basketball and tennis courts.

Sonntag said the location identified would require two disc golf holes to be relocated to underused space inside Murray Park.

He added that Ripon Early Bird Kiwanis has offered to spend $6,000 to assist in relocating disc golf holes.

The anticipated cost of the project is $2.27 million. So far, the city has received about $600,000 in donations for the project, along with a $552,000 CDBG grant, Sonntag said. The city also hopes to receive roughly $200,000 for the project from a DNR stewardship grant.

Additionally, the city is anticipating having to match between $600,000 and $700,000 for the project, which Sonntag said is manageable.

He noted Ripon could use a combination of federal American Rescue Plan Act funds, borrowing and money from the capital improvement plan.

“There’s a way to do this,” the city administrator told the Common Council, adding that Fond du Lac County may be willing to help fund the trailhead portion of the project.

“It’s not just a senior center with some trail connections, it takes into consideration disc golf courses and improvements to ball fields,” he said.

Beyond the senior center and trailhead facility, Sonntag said the project helps the city develop a “master plan for the park” by enabling it to “connect the dots” to future projects.

The project enables the city to expand trail connections in Murray Park to bring them closer to the ball diamonds, Sonntag said.

Sonntag said viewing the project through a wider lens enables the city to benefit more sectors of the community while laying a blueprint for future planning efforts in the parks as there’s a community demand for more trail connections and upgrades to facilities.

“It’s a little more ambitious than just a senior center and trailhead,” he said of the project’s scope. “We want to maximize grant dollars and maximize relationships to address deficiencies and needs.”

In fact, the city administrator has met with the Ripon Diamond Booster Club and Ripon Area Youth Baseball & Softball program.

To create the most benefit to the community, he said prioritizing other initiatives in Murray Park and trying to accomplish them in two years “makes a lot of sense.”

“There’s a lot of flexibility to do a lot of improvements up there that would change the entire feel and vibe of the park in a significant way,” Sonntag said. “... It may be a little bit more money, but sometimes spending more money means doing it right.”

Similarly, Ripon Senior Activity Center Executive Director Noreen Johnson said the estimated 3,500 square-foot senior center building aims to be a “multi-generational” facility that could be rented out by community members.

“We look forward to having a better place for Ripon that brings people into Ripon and makes them remember Ripon,” she said. “When they go to baseball games, they’ll look up and see a beautiful building.”

Similarly, Ald. Jolene Schatzinger praised the project scope for offering features that the community wants and making good use of the space inside Murray Park.

“I really like where this is going,” she said.

While the Common Council approved a location, a target project cost and a park plan last week Tuesday, it will not be the last time officials vote on aspects of the senior center/trailhead project.

Sonntag added that a public input meeting is anticipated for next month and various approvals on specific aspects of the project will be necessary in the coming months.

The Ripon Common Council has approved a location for the senior center and trailhead facility inside Murray Park, along with a project scope and tentative budget.

Will the Senior Center's location have any impact on Ripon's 4th of July Fireworks?