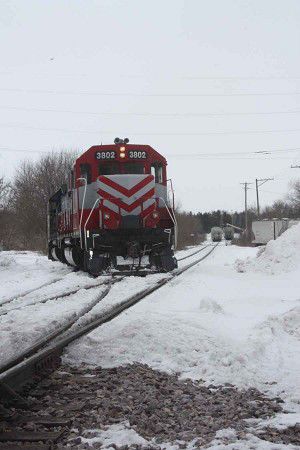 Above, a Ripon train engine is derailed mid-Wednesday morning. A detached boxcar is blocking Scott Street, unable to move. 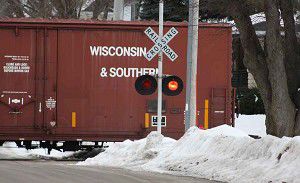 Above, a Ripon train engine is derailed mid-Wednesday morning. A detached boxcar is blocking Scott Street, unable to move.

A minor train derailment blocked part of Scott Street for much of Wednesday. The derailment occurred as the engines were going through a switch.

City Administrator Steve Barg sent out an advisory on the issue Wednesday morning to notify Ripon residents about the problem. It read:

"A train car has come off the track south of the Scott Street crossing, and a crew from Wisconsin & Southern Railroad is on route to assist. No one was injured in the incident, nor are there any particular safety concerns; however, it's expected that the rail cars blocking Scott Street will be there for most of the day. Barricades are being placed at Shepard and Wall Street to direct traffic to alternate routes. I'll let you once the situation has been resolved. Thanks! Steve"

But by mid-afternoon, the problem had been corrected. Barg sent out another note, this time reading, The train has been cleared from the railroad tracks. Barricades are being removed, and traffic will once again be allowed to proceed on Scott Street."