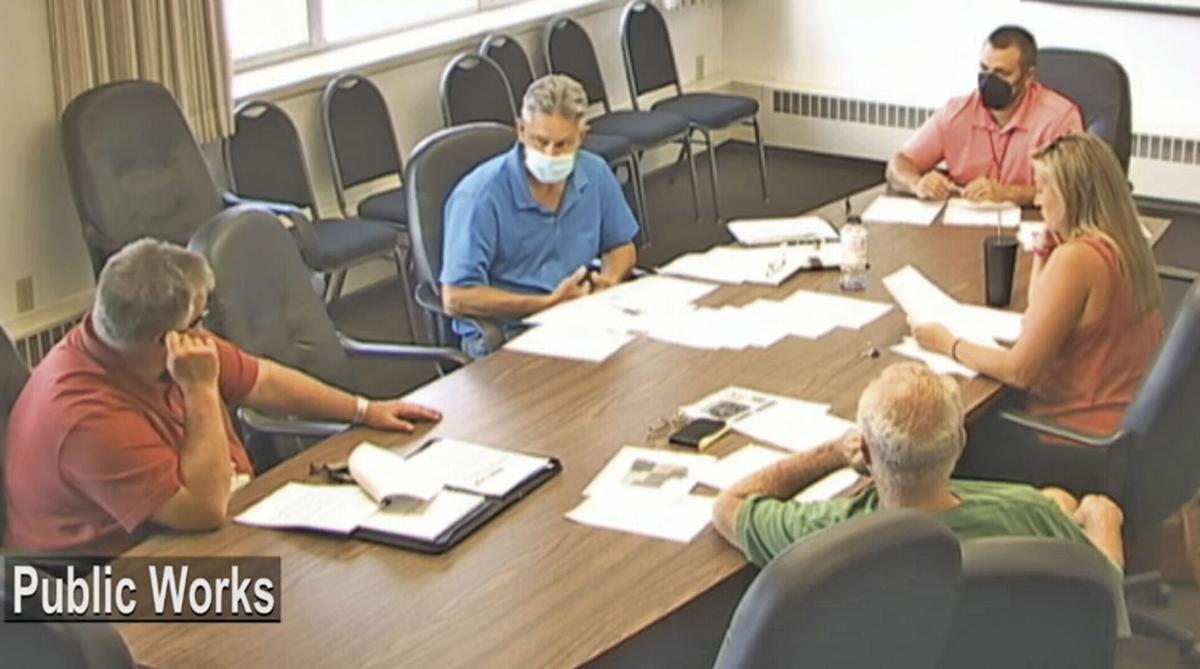 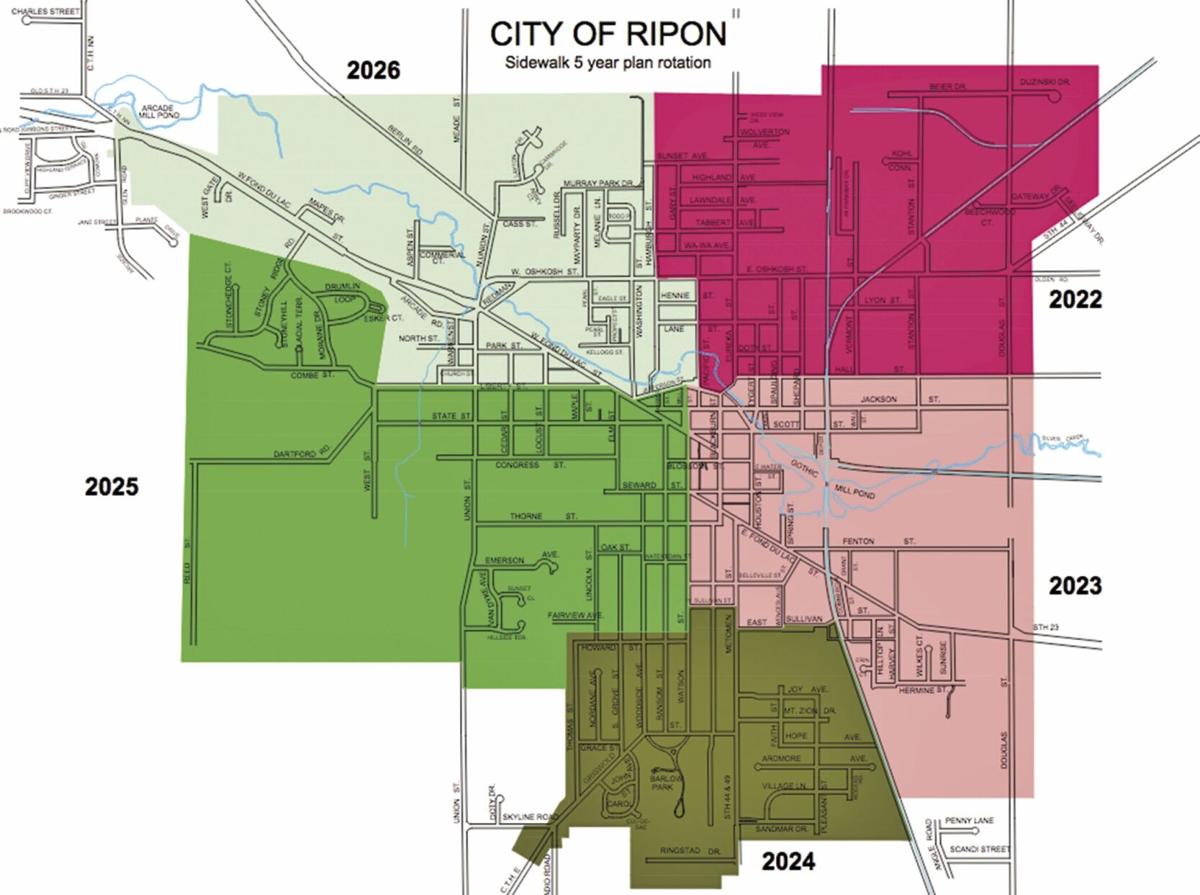 The Public Works Committee did not vote to send the policy to the Common Council, but recommended implementing aspects of the plan, which include having five districts for sidewalk repair and replacement.

The Public Works Committee did not vote to send the policy to the Common Council, but recommended implementing aspects of the plan, which include having five districts for sidewalk repair and replacement.

Changes may be coming to Ripon’s sidewalk replacement program to speed up necessary repairs as the city re-evaluates how it repairs and replaces sidewalks.

Although the policy won’t be sent to the Common Council, the general consensus was that more needed to be done to address Ripon’s sidewalks as the committee also recommended putting more money in the city’s next budget to address the issue.

The revised policy aimed to establish a rotating inspection procedure for city sidewalks that follows a five-phase, five-year rotation that broke the city down to five districts for repair and replacement.

Discussions surrounding the sidewalk replacement program originated at the May 13 Public Works Committee meeting, according to meeting minutes.

Back in May, Public Works Director Mike Ehrenberg gave a presentation summarizing the work that was completed on sidewalk grinds and replacements in 2021, meeting minutes state.

Ehrenberg said the sidewalk program wasn’t spending enough money to keep up with necessary repairs and created additional costs in the future by putting off work.

At the most recent committee meeting, the public works director repeated those sentiments.

He said prices are on the rise and the city’s limited $25,000 budget for sidewalk replacement and repairs has caused it to do “less and less,” which has made it hard to incentivise contractors to offer a good price.

“The contractors just don’t want that little bit of work,” Ehrenberg said. “The cost has gone up and we just don’t have the leverage to get the quantity of work in here.”

Back in May, City Administrator Adam Sonntag proposed changing the sidewalk replacement program to make it more cost effective by completing sections on a rotating schedule and providing payment plans, according to meeting minutes.

After the May meeting, city staff developed the revised sidewalk policy that was discussed last week Thursday.

Under the current sidewalk replacement program, costs are split 50/50 between the city and property owners. The revised policy included three possible options for payment of sidewalk repairs and replacement.

The first had property owners cover the full cost of repairs and replacement, with the choice of utilizing a three-year payment plan.

The second option had property owners cover a maximum of $1,200 for sidewalk replacement, while the city would cover any additional cost.

The third option was to keep the 50/50 payment structure the city currently is using.

After looking at all three, the Public Works Committee recommended no changes to the current 50/50 property owner and city split, but did recommend changing the budget to address the documented issues.

“We’re looking at a need to budget about $100,000 to even begin catching up, for the first cycle through this, and that may not even get us to where we need to be,” Sonntag said during the meeting.

Additionally, the new policy would bid out sidewalk replacement and repairs to contractors. The committee also wants to prioritize grinding efforts as repairs are cheaper than full replacement.

Because the city would be bidding out repairs and replacement for each of its five phases, Sonntag said it could get a better price from contractors because it enables them to complete a larger project.

“A contractor would generally know that they would have more work and the city would get a better price for it, versus now where the price per replacement is pretty high because we are limited to $25,000,” he said. “Splitting it 50/50 with the property owner, when we are doing it efficiently, is costing the property owner more than it should.”

In an email after the meeting, the city administrator said the allocation for sidewalk funding will eventually go to the Common Council through the budget process.

“Whether enough money can be found in the budget to address the issues is yet to be determined,” he added.