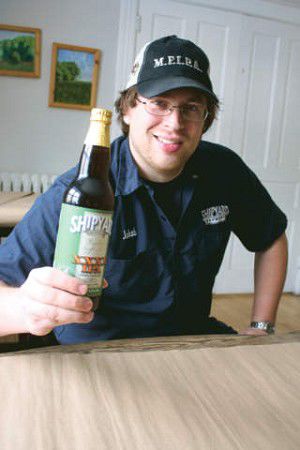 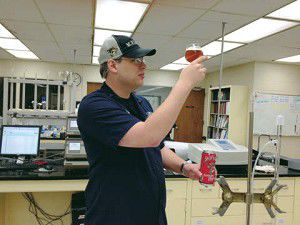 Jakob Holz has a gleam in his eye as he talks about his fellow co-workers.

Real characters, they are — many with beer bellies and/or long beards.

Holz himself has neither, but he still fits right in. And there’s no job he’d rather have.

Holz — a former Riponite who, as a boy, dug up his own backyard in hopes of making a root beer cellar — now oversees a 26-acre beer-brewing operation in Memphis, Tenn.

Brewing is both his livelihood and his passion.

“That’s right: I’ve got one of the best jobs in the world,” he boasts with a grin.

All this, even after dropping out of college to pursue brewing at age 21.

Coming from a family that enjoyed beer, Holz developed an early interest in it. He often would tour breweries while on family trips and compare root beers with his brother.

One time in the summer, around age 9, Holz got the idea to dig an underground tunnel in his back yard along Metomen Street and brew his own root beer. He spent all day digging and got perhaps 5 feet down.

“My mom came home, and she didn’t think that was a very good idea,” he said. “I still brewed root beer at home with my dad a couple times [in the kitchen]. But I never officially got the tunnel built.”