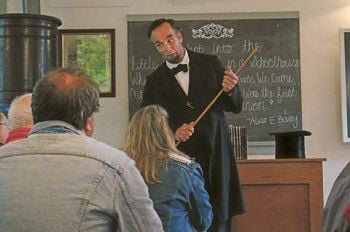 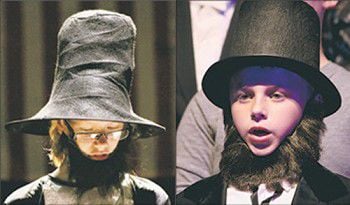 The man credited to be America’s greatest president made multiple appearances in Ripon last week.

The fact that these visits came 150 years after his untimely passing didn’t seem to slow Abraham Lincoln down, though.

First, he appeared in two different incarnations last week Thursday at the Ripon Middle School concert, which centered around the theme of the American Civil War.

Then, last week Saturday, a more mature Lincoln reappeared at the Little White Schoolhouse to speak to about 30 people, seen above right.

During his talk, the Lincoln impersonator, Fritz Klein, read from his first and second inaugural addresses, as well as offered a review of the Republican Party.