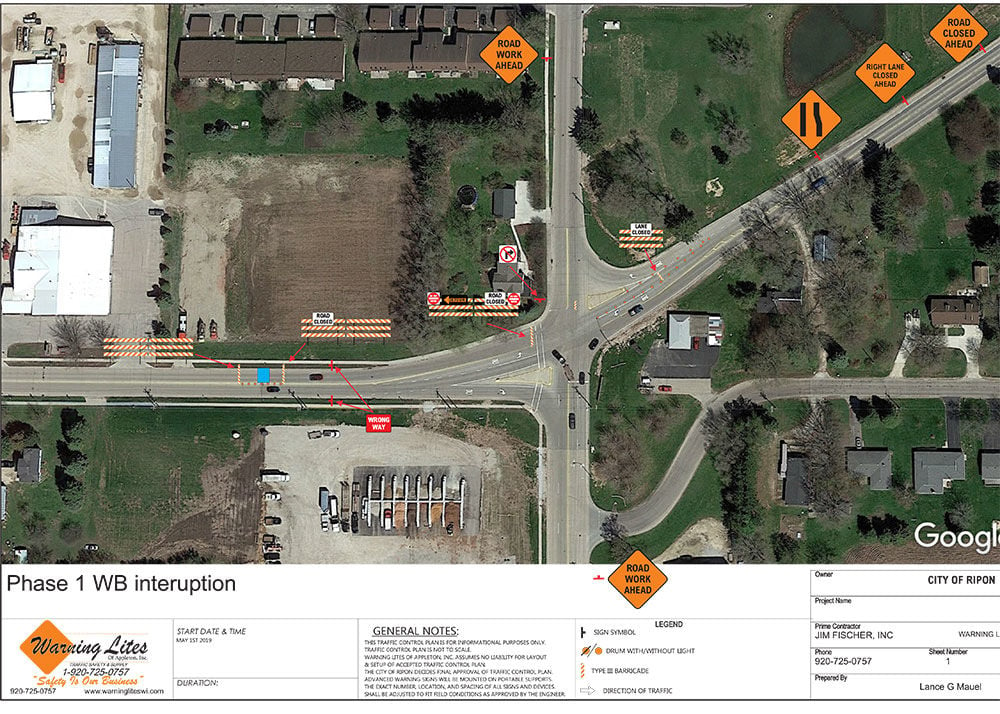 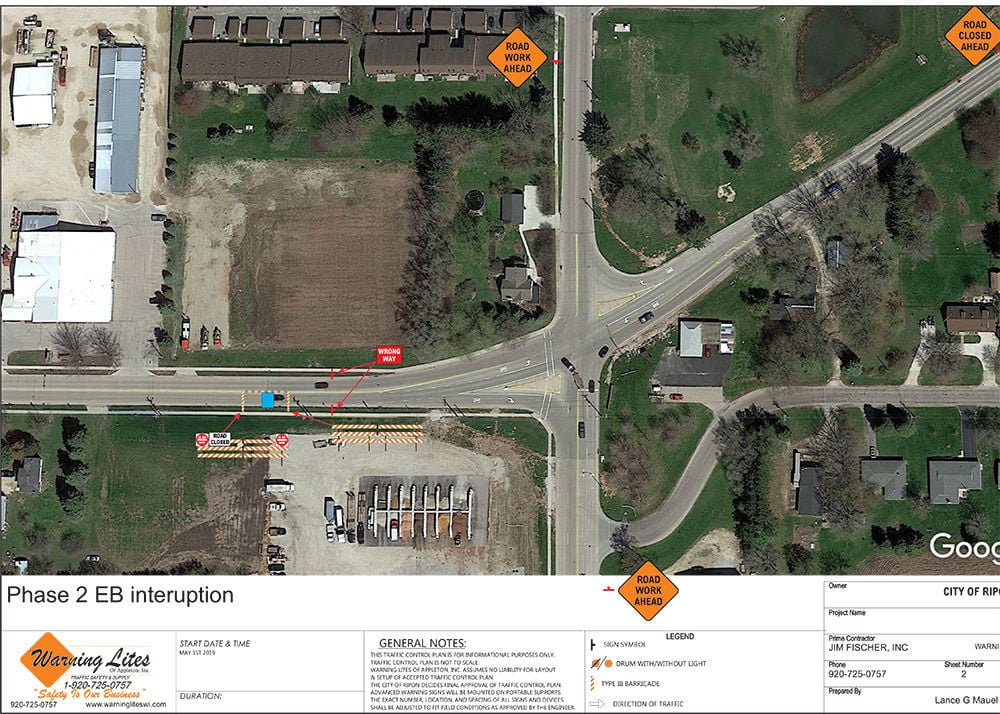 Wondering why a couple Ripon roads suddenly have been closed this week?

The answer: repairs, both expected and unexpected.

The corner of Oshkosh and Douglas streets will be a maze for a few days as concrete cures to repair a heave that occurred during heat last year.

"That’s gong to be a one-way for a couple, three days," Ripon Public Works Director Mike Ehrenberg said Wednesday afternoon. "Last year there was a heave due to the heat, and we patched it in with some blacktop [temporarily]. This year we’re going after it with some cement."

This is leading to a couple detours of the area that take drivers down adjacent roads, such as Douglas Street.

Meanwhile, a portion of Pacific Street also has been closed for a few days, but for a very different reason.

The bridge area is expected to be reopened soon.

One more repair is expected to occur sometime soon, though an exact date is unclear.

"Out by Subway, we had that heave last year also," Ehrenberg said, referring to a heave that went all the way across the eastbound lanes by Subway.

To repair it, that entire area will need to be closed, but he said that "We will be able to create a lane there, but eventually it will be one-lane coming into town while they pour that across."

An exact date for the repair is "weather-dependant," but should happen in the coming weeks.

For updates on the closures and what the plan is for asphalt work, see the print edition of the Ripon Commonwealth Press.