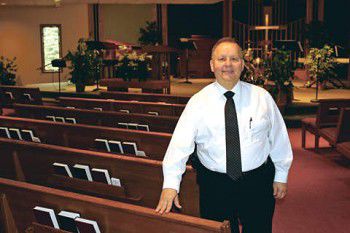 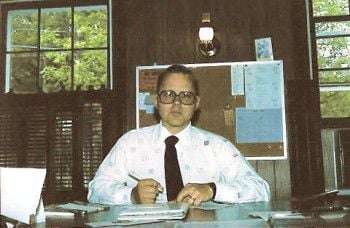 Maybe a little too fresh-faced, as a matter of fact.

He came to Ripon after being a youth pastor in Greenville, Wis.

“I got the opportunity to try out, and the church voted us in,” Deike said. “Their concerns were inexperience; today I look back and say, ‘Valid concern!’”

At the time, he figured he’d stick around a few years.

“My predecessor [stayed at the church] seven years, so I was thinking four to seven years,” he said. “Not having laid out my career track as to where I wanted to go and what I wanted to do, I came here.”

Thirty-four years later, Deike now is retiring from what once appeared to be just a pit stop on his career path.

“The board and I reached an agreement on early retirement,” said the man who steps down from the pulpit as the most tenured pastor in Ripon.

This Sunday, Deike will preach one last time at the church’s 10:30 a.m. service, bringing his career to a close. The service will be followed by a time of remembering and farewell, and a potluck luncheon.

Then, that afternoon, he and his wife will greet friends from 1:30 to 3:30 p.m. at a public open house in the lower level of Hillside Assembly, 656 W. Oshkosh St.

While the last few years have included a few twists he couldn’t have predicted, he’s proud of what he’s helped accomplish at Hillside.