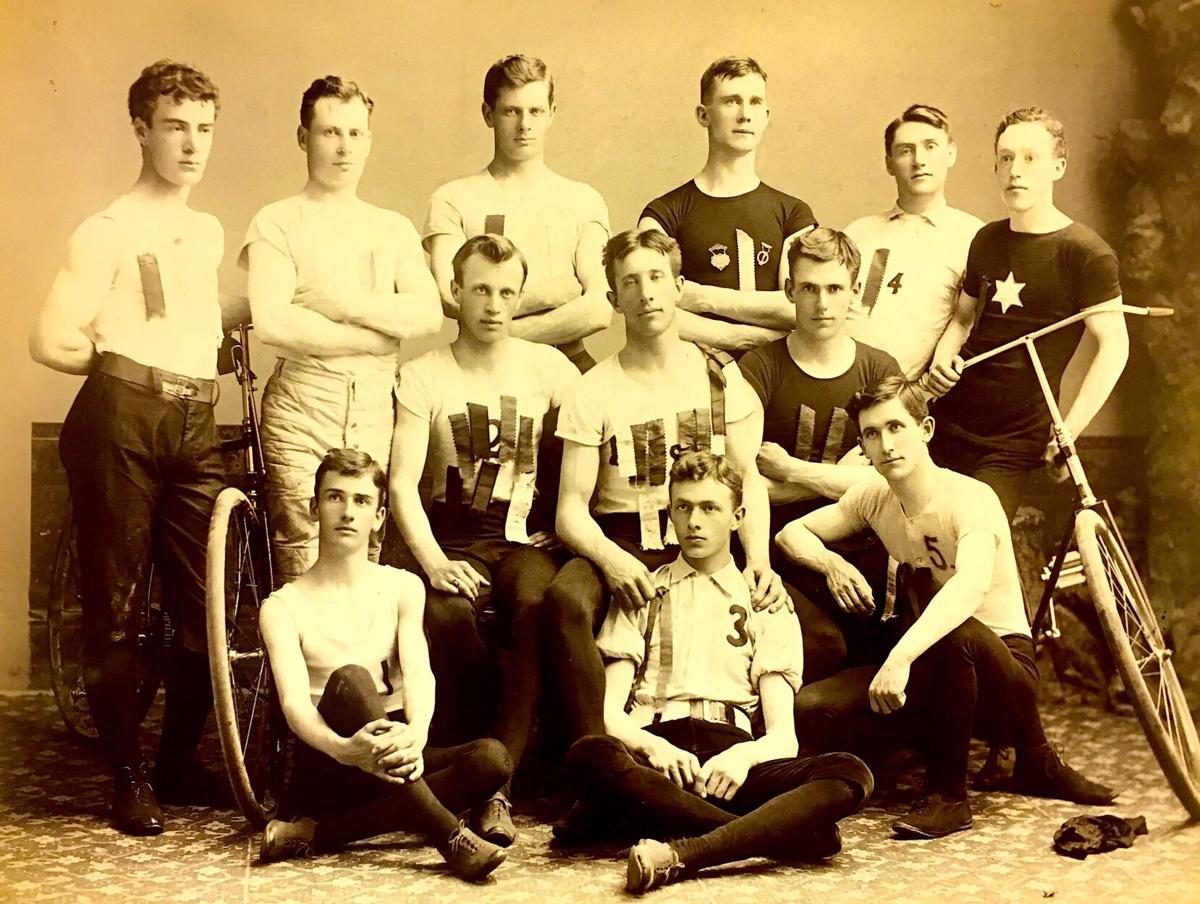 A cycling team gathers around bicycles. 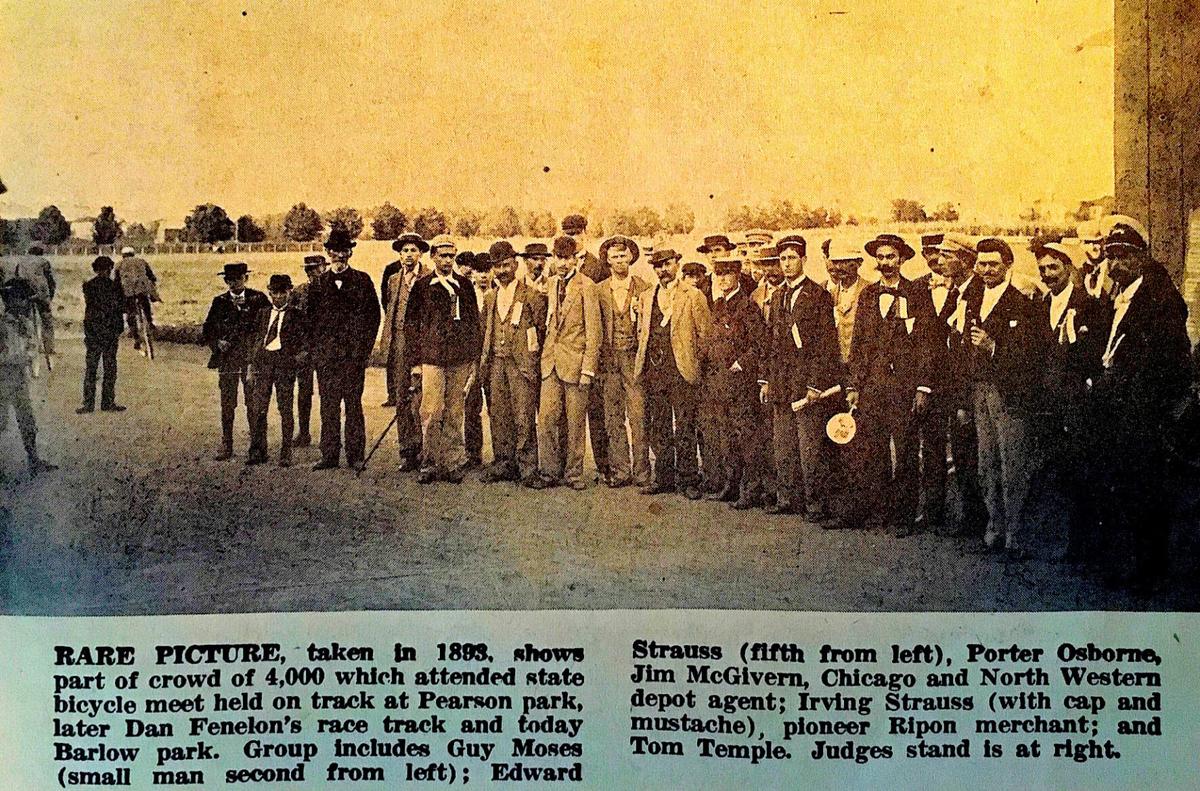 Bicycling in America became popular in the late 1800s. In 1893, there was a Ripon Cycling Club that sponsored a State Meet & International Circuit Tournament at Pearson Park (now known as Barlow Park). A total of 4,000 spectators jammed the park for the three-day meet to watch cyclists race on a half-mile dirt track, which was also used for horse racing for a number of years.

State bikers belonged to the Wisconsin Division of the League of American Wheelmen. Communities within a close proximity sent contestants along with delegates. Milwaukee and Chicago sent competitors, but there were also international cycling champions from New Jersey and New York in attendance.