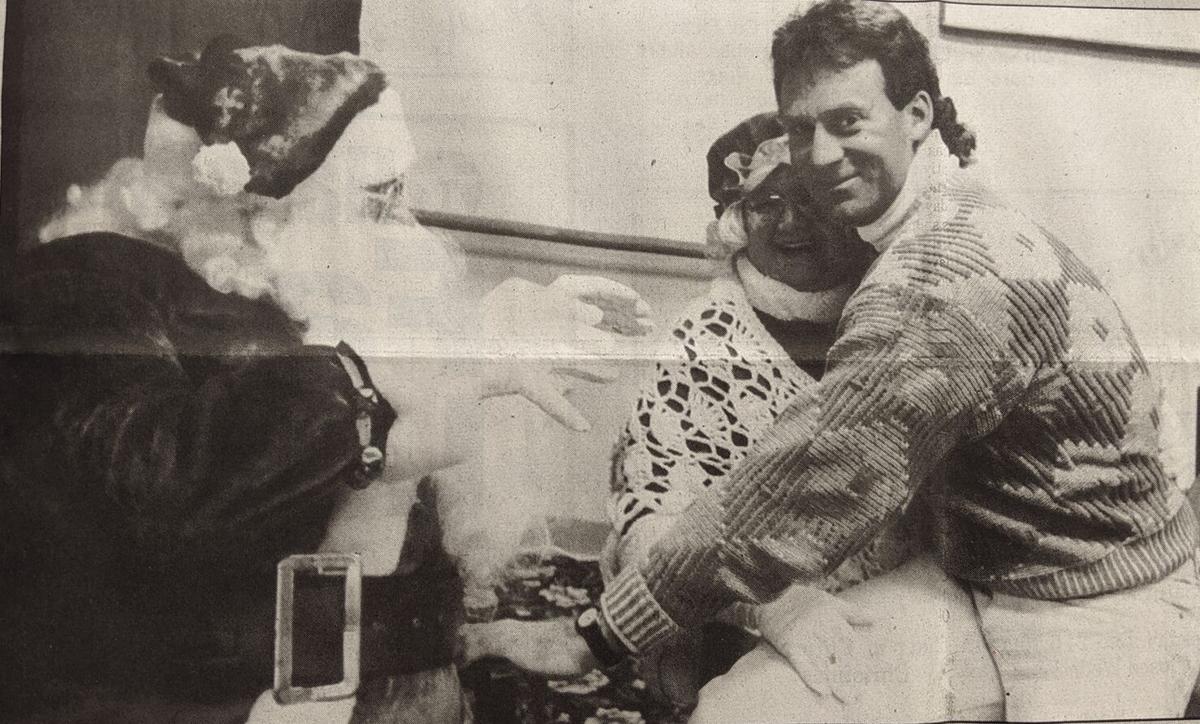 Much to the dismay of Santa Claus, Green Bay Packers’ quarterback Blair Kiel stole a few minutes on the lap of Mrs. Claus at the American House in 1991. 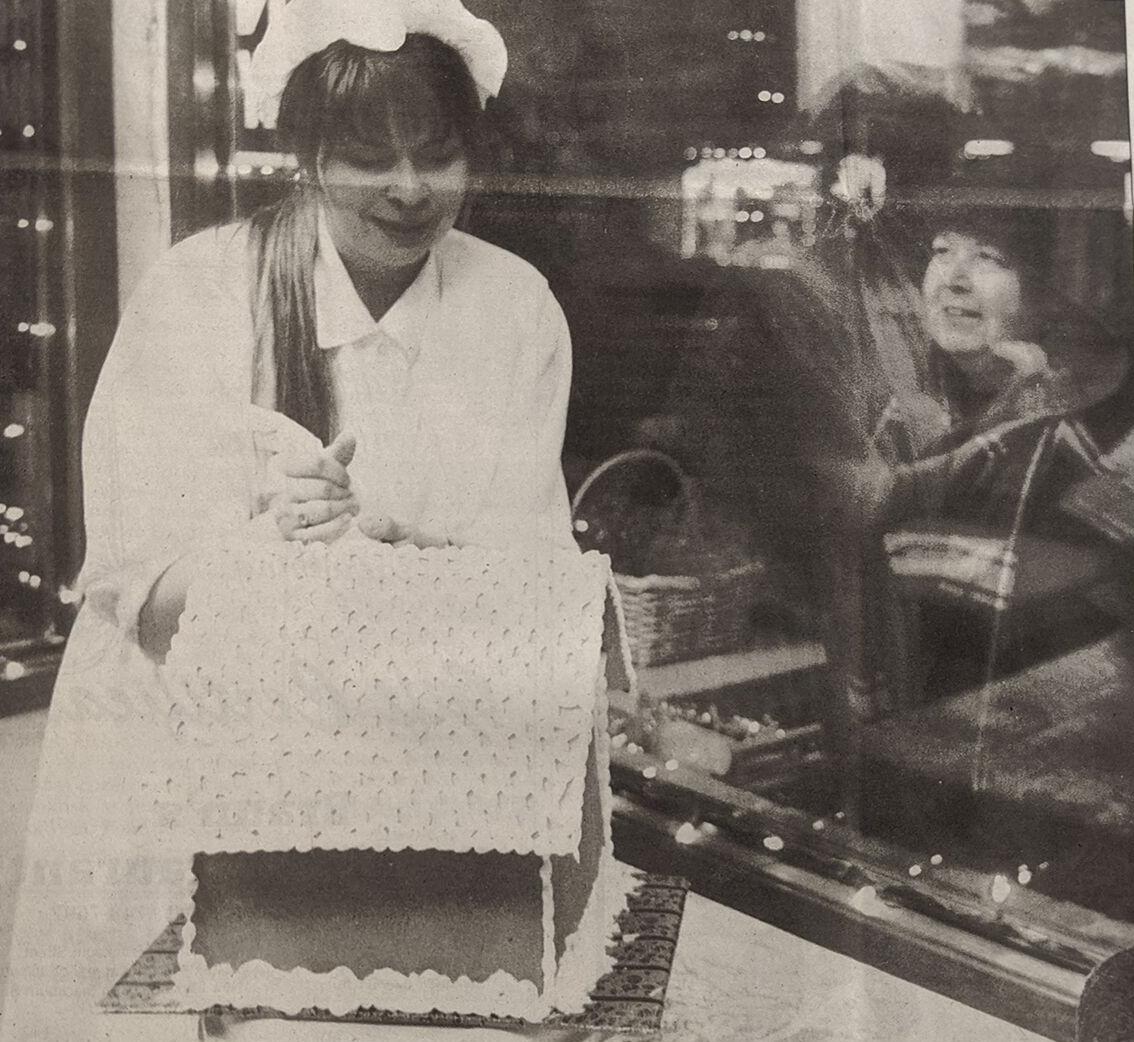 Sidewalk stroller Sydney Rouse admires the handiwork of Deb Trnka, who applies to icing to the roof of a gingerbread house inside a Living Window in 1991.

Ripon’s Dickens of a Christmas will celebrate its 30th anniversary this year.

The Ripon Area Chamber of Commerce states on their website that “this weekend-long Christmas celebration illuminates Ripon in its finest.”

This community event was founded in 1990 by Audrey Lyke (1930-2017) and her son Tim Lyke. They thought up the idea for the festival while riding in the car on a visit to family members.

“We were all in the car with [my wife] Mary and my dad when we got to talking about all of the great community events in Ripon,” Tim Lyke said. “We wondered whether there might be a way to package them together over a single weekend.”

Tim Lyke recalled in a 2008 interview that when he came up with the name it was the first celebration known as “Dickens of a Christmas.”

“Although I believe if you Google it now you’ll find communities around the country have Dickens of a Christmas celebration,” he recently noted.

Carolyn Seawell, who was the director of the chamber of commerce at the time, came up with the idea for Living Windows after seeing a similar event in Belvidere, Ill.

Tim Lyke headed up the publicity for the event. He worked with the radio station (then called “WCWC”) to “coordinate a countdown to simultaneously light downtown buildings with a Christmas tree on the square.” He went on to report “few came to see the tree lighting and we did not repeat it.”

His mother said in the 2008 interview that it was a very, very cold weekend for the first Dickens, few people came out and “it was a flop.”

Tim Lyke called it more of a practice for the following year.

“Not many folks came to see the Watson Street magic, but those that did were so impressed that they told friends and family,” he said. “The following year, Living Windows were a smashing success and has remained the weekend’s ‘centerpiece’ to this day.”

“Mom was adamant that the celebration be a way for downtown retailers to thank customers for their patronage and so should not be exploited for commercial reasons (e.g. have out-of-town street vendors or turn Living Windows into a sidewalk sale.)”

During the second year, an organizational committee remained in place, but was taken under the wings of the chamber of commerce.

The event grew to include a quilt show, Breakfast with Santa, a gingerbread house contest, live nativity scene, and much more. The Tour of Homes has been a part of the event from the beginning and the ticket sales help to fund publicity.

Some events like the Enchanted Forest were happening before Dickens was established, but were incorporated into the weekends festivities.

“Over the years events have come and gone but the name remains the same and the spirit endures,” Tim Lyke said.