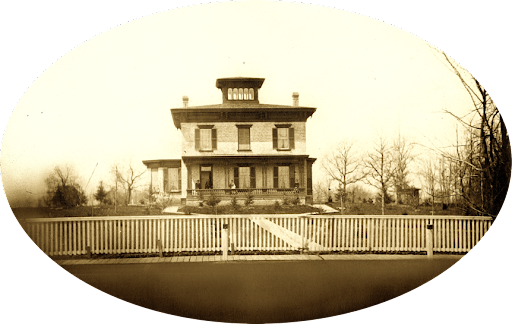 The Italianate House at 512 Woodside St. seen here owned the entire city block of 38 acres in 1873. 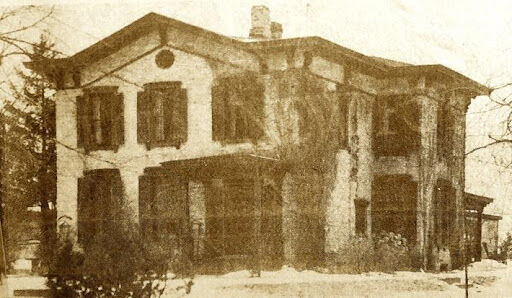 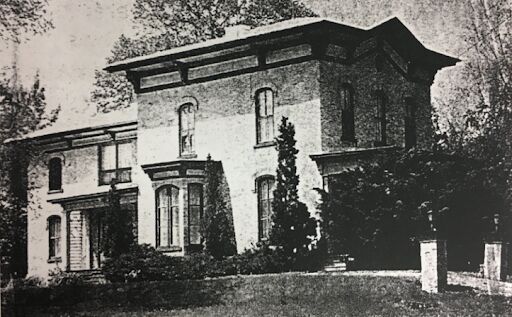 An Italianate Estate home is located at 515 West Thorne St. 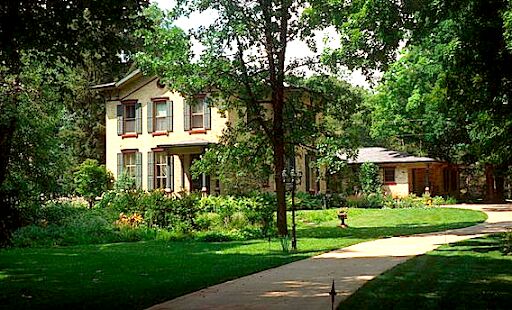 An example of Italianate architecture is located at 648 Lincoln St., which still commands a large portion of acreage. Top left is a picture from 1965, while top right is a picture that was taken in the late 1990s.

Italianate homes in America are referred to as architecture of the “Victorian Era,” meaning that they were built during the reign of Queen Victoria of England from 1837 to 1901.

Italianate buildings were created by copying the romantic style of European country houses and estates — and typically built on enough land to highlight their connection to the outdoors, with landscaped lawns and formal gardens.

Most Italianate homes in America were meant to be as pretty as oil paintings situated in bucolic countryside settings.

And it’s reputed that there was a time in Ripon when the families who built local Italianate homes were trying to “Out-Italianate” one another, meaning build and live in larger Italianate houses than their socio-economic peers.

And as most homes of this time period had service or servant’s quarters, Italianate homes are noted for servants’ spaces that had their own special staircases, separate living quarters and accesses attached to the main rooms of the houses.

Throughout Ripon, Italianate homes share some of the same designs and materials.

Most are built of brick, but several are made of limestone from a local quarry. Others are built of wood. They are typically two- to three-stories tall.

They have sloping rooflines that appear to almost be flat — angling just 10 degrees to create straighter lines for those viewing the buildings from a distance.

Almost all have deep soffits and roof overhangs supported by decorative corbel brackets. Their porches are longer in scale than traditional houses. Their windows are taller and are typically rectangular or arched at the top with decorative trim or woodwork details.

A favorite design attribute of Italianate architecture is a cupola or belvedere atop the main building — a large room with windows which is functionally one of the very first forms of air-conditioning.

How does this work? When the cupola windows are opened in the summertime it releases hot air that rises inside the house to the skies above leaving cooler air throughout the rest of the house.

Interiors within Italianate houses feel very European due to high ceilings, tall window casings and oversized bay windows that let in light. They typically have three to four large rooms for formal entertaining, a front parlor often referred to as “the ladies’ parlor,” a library referred to as “the gentleman’s parlor,” a large dining room known as “the heart of the home” and a game room or smaller parlor for less formal or relaxed occasions (for use when visiting with relatives and closer friends).

The majority of Ripon’s Italianate homes’ interiors are Georgian in style, which parallel lifestyles in England at that same time period. And most Italianate homes in Ripon have ceilings that are 12- to 15-feet tall with ornate plaster-work designs reminiscent of European living.

These homes have staircase balustrades, newels, posts and steps that are often trimmed with caved scrolls and wood patterns.

Entryways can be wide enough for seating if guests or visitors are left to wait for someone to come downstairs or to the front door to greet them.

Doors are paneled and made of solid woods. Wood masonry and trim around doors, floors, and windows is typically multi-layered in thickness to impress everyone staying in or touring the house. And hallways are wide enough to accommodate furniture for extra seating, or simply reading books and socializing — giving the hallways a room-like appeal.

During this time period, the majority of floors were wide pine planks (some tongue and groove and others simply non-notched boards), which were in fashion before hardwood flooring came into fashion in the 1900s.

The large Italianate homes at 512 Woodside St., 515 West Thorne St. and 648 Lincoln St, were at one time viewed as “country estates” when they were situated on the outskirts of Ripon township, and commanded large views due to their owned-acreage which surrounded them.

For example, when first completed in 1860-1861 the Italianate house at 512 Woodside St. (originally Westside Avenue) owned the entire city block, which was 38 acres of land before it was subdivided starting in 1899.

Did you vote in the mid-term election?