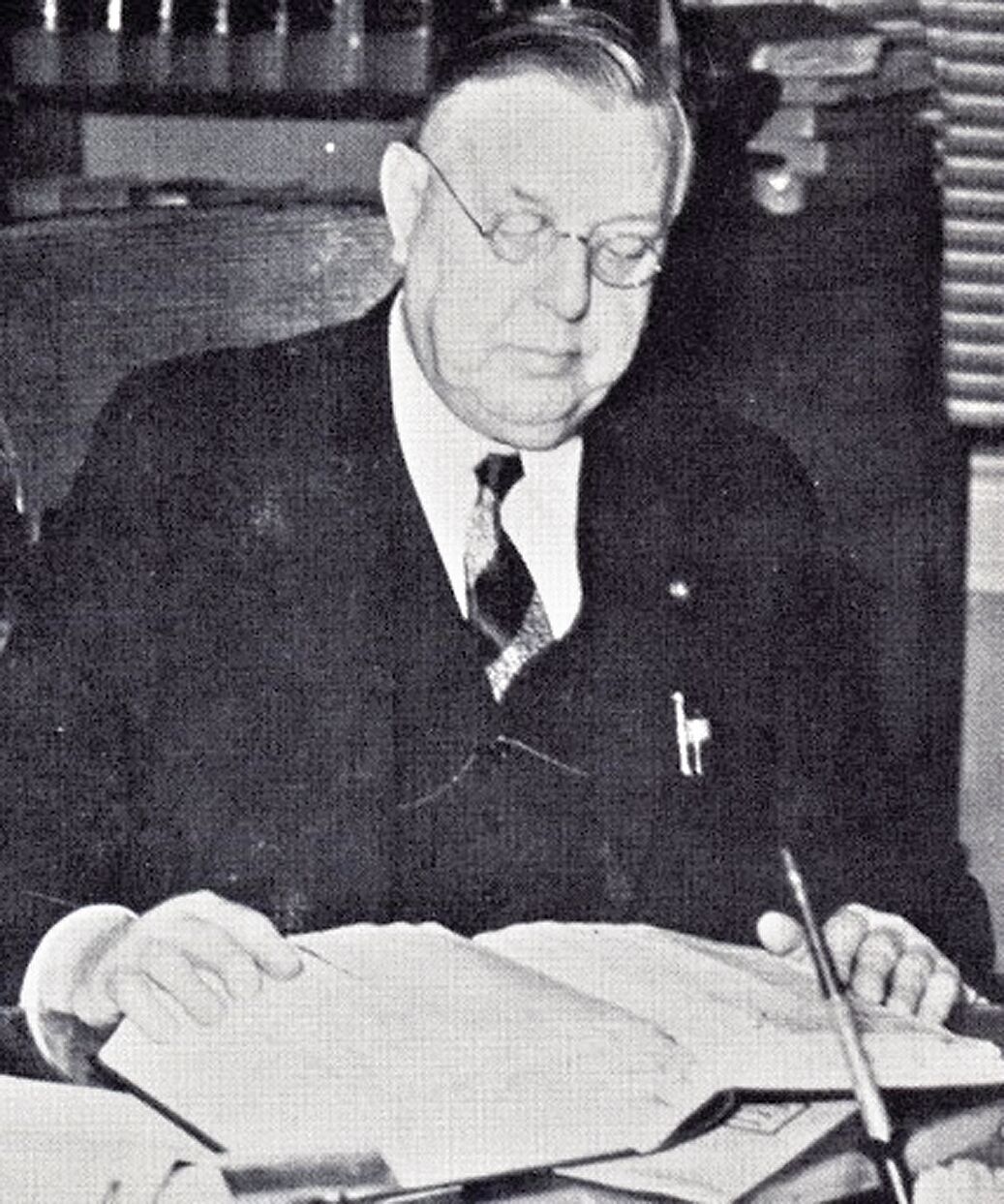 SAM PEDRICK WAS an attorney and historian who was responsible for chronicling a lot of Ripon’s history. 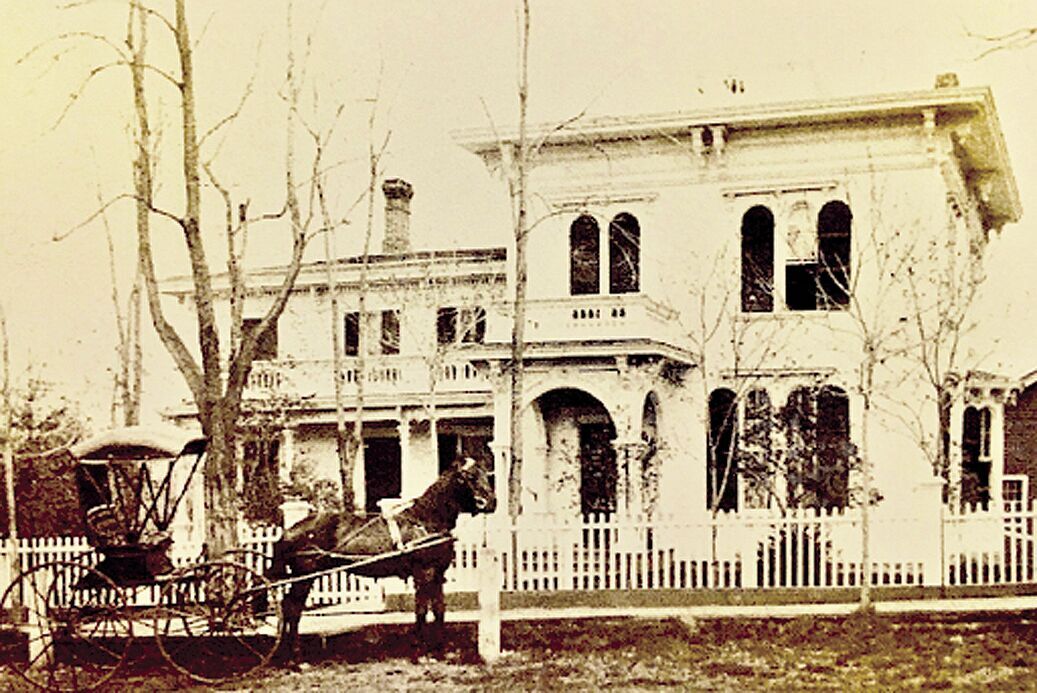 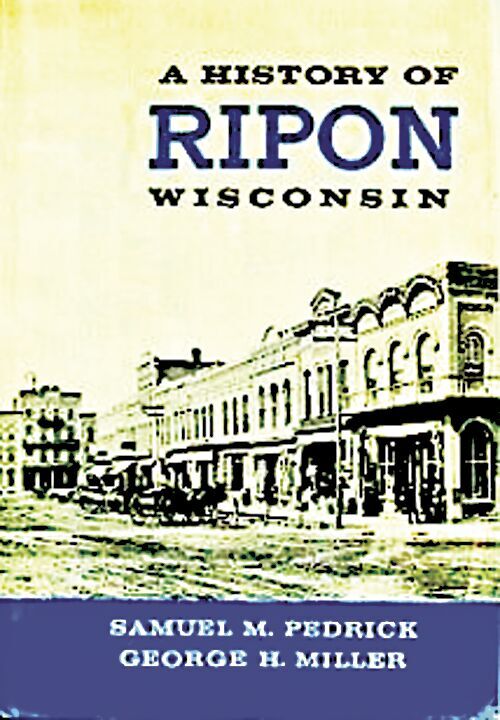 “A History of Ripon” an assimilation of some of Pedrick’s original newspaper articles, was edited and co-authored by Ripon College educator George Miller (1919-2011) and was first issued in 1964. It has been reprinted many times.

SAM PEDRICK WAS an attorney and historian who was responsible for chronicling a lot of Ripon’s history.

“A History of Ripon” an assimilation of some of Pedrick’s original newspaper articles, was edited and co-authored by Ripon College educator George Miller (1919-2011) and was first issued in 1964. It has been reprinted many times.

Many people drive to Ripon to visit the Ripon Historical Society seeking information about their ancestors.

They’re quite surprised to find how much of the information can be accessed online through Ripon Public Library under the heading “Pedrick Genealogy Notebooks.”

The printed versions of the Pedrick Genealogy Notebooks take up three shelves in the archives, but they have been digitized and are available via the library’s website at www.riponlibrary.org.

As a collection, these genealogical notebooks consist of numerous historical and genealogical records about people in Ripon, from its founding in the early 1850s to 1960.

The person who authored and organized this information was Samuel M. “Sam” Pedrick, who was born Aug. 31,1868 and raised in Ripon. Pedrick graduated from Ripon College in 1891 and went on to graduate from University of Wisconsin law school in 1894.

At first practicing law in Milwaukee, he returned to Ripon in 1897, establishing his own law firm where he practiced for 60 years.

He and Mildred made their home at Sam’s family’s house at 523 Watson St. Pedrick and his wife raised two daughters, Mildred and Marcella, plus two orphaned and eventually adopted daughters, Fern and Fay, along with extended family members including his mother-in-law.

Pedrick became one of Ripon’s most active citizens. He was a member of the First Congregational Church, served on his church’s board and the State Board of Wisconsin Congregational Conference. He also served as a trustee of Ripon College and its secretary and treasurer.

He became a local Ripon School Board member and served on the library and hospital boards, acted as the city of Ripon attorney and was a member of the Fond du Lac County Board of Supervisors.

Pedrick also was a member of the Board of Supervisors for the Wisconsin State Historical Society.

In addition, Pedrick was a founding member of the Ripon Historical Society in 1899. It is now the oldest continually operating historical society in Wisconsin.

In 1931, Pedrick started writing a series of newspaper articles about Ripon’s history titled “The Gleanings” that ran in the Ripon Commonwealth Press newspaper until 1942.

Pedrick died Sept, 1, 1963 at age 94. The day before his birthday, on Aug. 31, the citizens of Ripon and the Ripon Historical Society offered him the assurance that his history compilations and written articles would be published in book form and preserved for posterity.

A book, “A History of Ripon” an assimilation of some of Pedrick’s original newspaper articles, was edited and co-authored by Ripon College educator George Miller (1919-2011) and was first issued in 1964. It has been reprinted many times.

The Pedrick Genealogical Notebooks have mentions of “Necrol,” which refer to Pedrick’s original working notebooks.

Much of this is obituaries and newspaper articles that he pasted into old law books, school books and journals. The information from Pedrick takes up a span of bookcases in the historical society’s archives.

At one time, Pedrick’s papers on Ripon’s early history were stored at Ripon College.

According to the Ripon Historical Society, the value of information and work that Sam Pedrick achieved is immeasurable and irreplaceable to the city of Ripon.

This week's Ripon historical feature examines the legacy of Sam Pedrick and his importance in documenting the city's history.