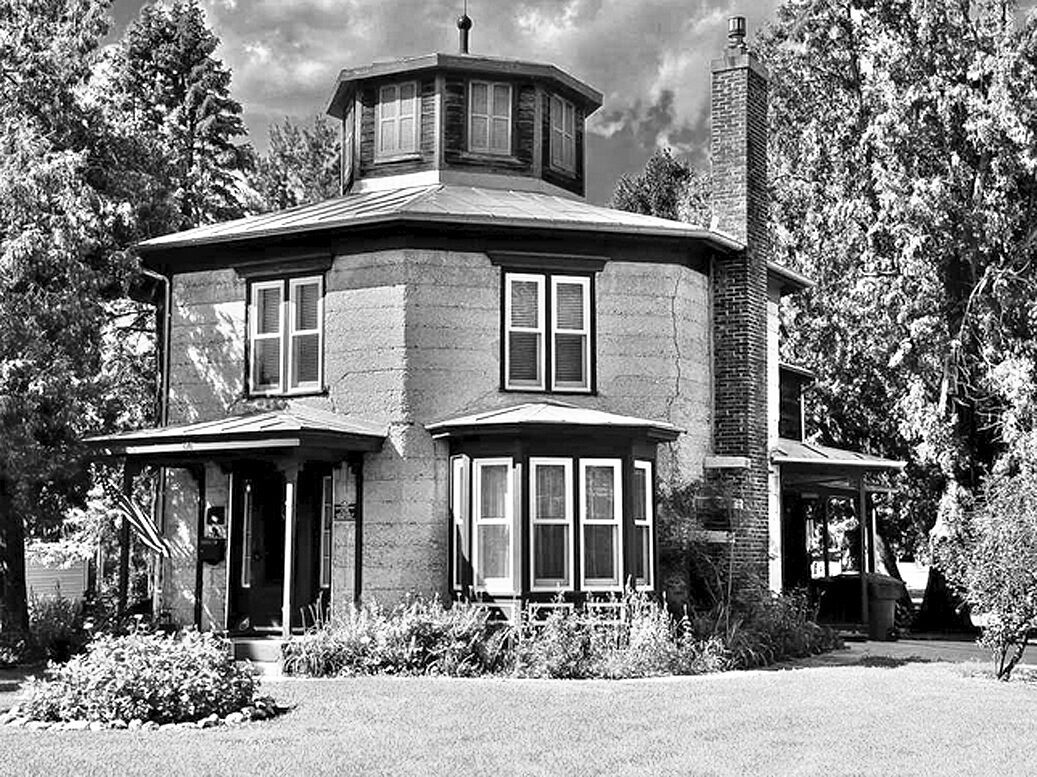 Ripon’s last remaining octagon-shaped building recently was on the market. Located at 610 Liberty Street. This home has always been a private residence, dates from the mid-1800s and has been owned by only two families. 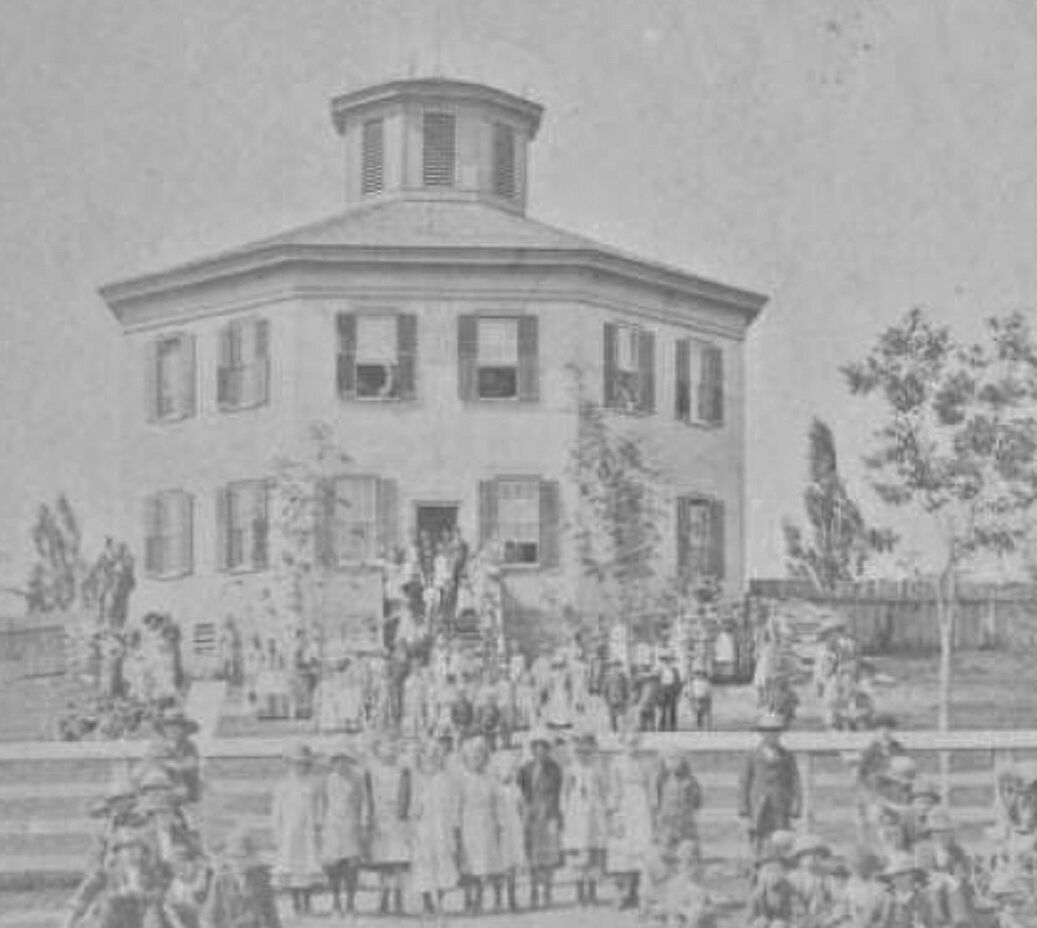 Ripon once had a two-story octagon-shaped school building. Built in 1867 on Park Street between Cedar and Union Streets, it was razed in 1939 after being damaged in a fire.

Ripon’s last remaining octagon-shaped building recently was on the market. Located at 610 Liberty Street. This home has always been a private residence, dates from the mid-1800s and has been owned by only two families.

Ripon once had a two-story octagon-shaped school building. Built in 1867 on Park Street between Cedar and Union Streets, it was razed in 1939 after being damaged in a fire.

Ripon’s octagon house located at 610 Liberty Street has been sold.

This almost 170-year-old unique home will now have a new owner, the first outside of the Steinbring family in 115 years.

Made of poured grout, an early form of concrete, the house has been listed on the State and National Register of Historic Places since 1974.

“The plan for the house was probably influenced by Orson S. Fowler’s book A Home for All (published in 1848),” the register’s paperwork reads. “Fowlers’ book suggested the octagonal plan as the one most suitable to human dwellings, and Fowler believed that concrete was an almost perfect building material.”

Approximately 1,000 octagon buildings were constructed across the United States between 1850 and 1870, and Wisconsin claimed around 100 of them. Currently, the National Register of Historic Places has 68 surviving octagon houses listed across the country and Ripon’s “Jacob Woodruff house” is one of them.

The next year, he moved to Ceresco, a community located just off North Union Street in current day Ripon.

He joined the Wisconsin Phalanx, a utopian Socialist Fourierite settlement in that same Ceresco community.

After the Wisconsin Phalanx and Ceresco community disbanded in 1850, many of its members remained in the area and became early citizens of Ripon. Woodruff was one of the members who stayed, and his house stood on land that originally was part of Ceresco.

Woodruff was a blacksmith by profession, but also was interested in spiritualism and horticultural experiments.

“In 1870, he planted his land, originally the whole block on which the Woodruff house now stands, in blackberries and began large-scale fruit farming,” the National Register paperwork noted. “In politics, Woodruff was an abolitionist and believed to be on the first committee of the Republican Party founded at Ripon in 1854. His son, Ensign Woodruff (1855-1946), also lived in the Liberty Street house.”

Woodruff lived in the house until his death at the age of 80. It is believed that Woodruff, his wife, and their three young children all died in the house.

Lillian’s mother and father came to live in the octagon house when they were elderly. They died in the house in 1935 and 1939.

John married Sandra Sundt (1929-2019) in 1958. They spent a portion of their lives in Canada, where John was an archeologist. They raised their daughter and four sons children there.

The couple retained the octagon house and retired to Ripon to live in the house once again. Sandra also died in the home.

The house originally was enlarged in 1890 by adding a wooden north wing. The condition of this wing forced its demolition and a complete restoration in 1995.

Being an archeologist, John did archeological research on the house at this time. He found two undamaged bell-shaped cisterns of locally made brick, and a hand-dug, stone laid well.

In 1997, John added an octagon-shaped cupola to the house. This cupola would be seen in an 1867 sketch of the house, so John had it recreated and added it to the home that July.

At one time, Ripon had several octagon buildings. Another grout octagon house was built on Liberty Street around 1860 by another member of the Ceresco Phalanx. It was razed in 1972.

An octagon house at 508 State St., was built in 1852 for Warren Chase, the founder of Ceresco. It was a small, single-story house with 8-foot walls, five rooms and a cupola. It was razed around 1912.

An octagonal school was built around 1867 on Park Street between Cedar and Union streets.

The two-story building had one large teaching room on each floor. Considered the finest school in Wisconsin when it was built, it was abandoned in 1891 and then used as a German school. A fire damaged the building in 1939 and it was razed after that.