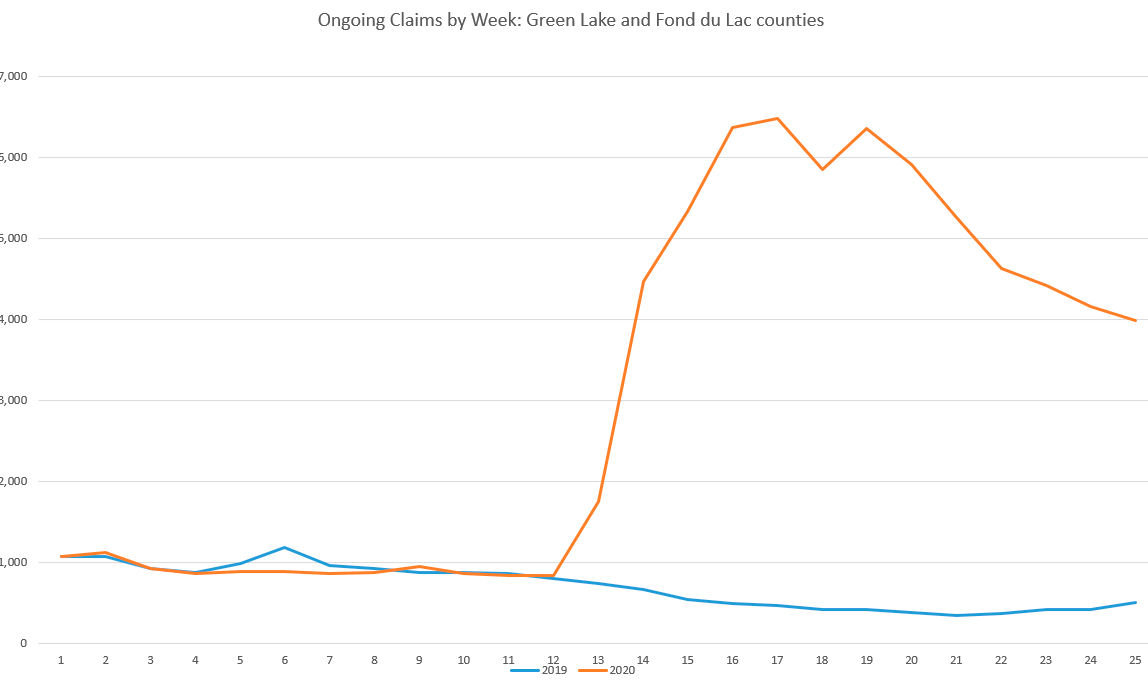 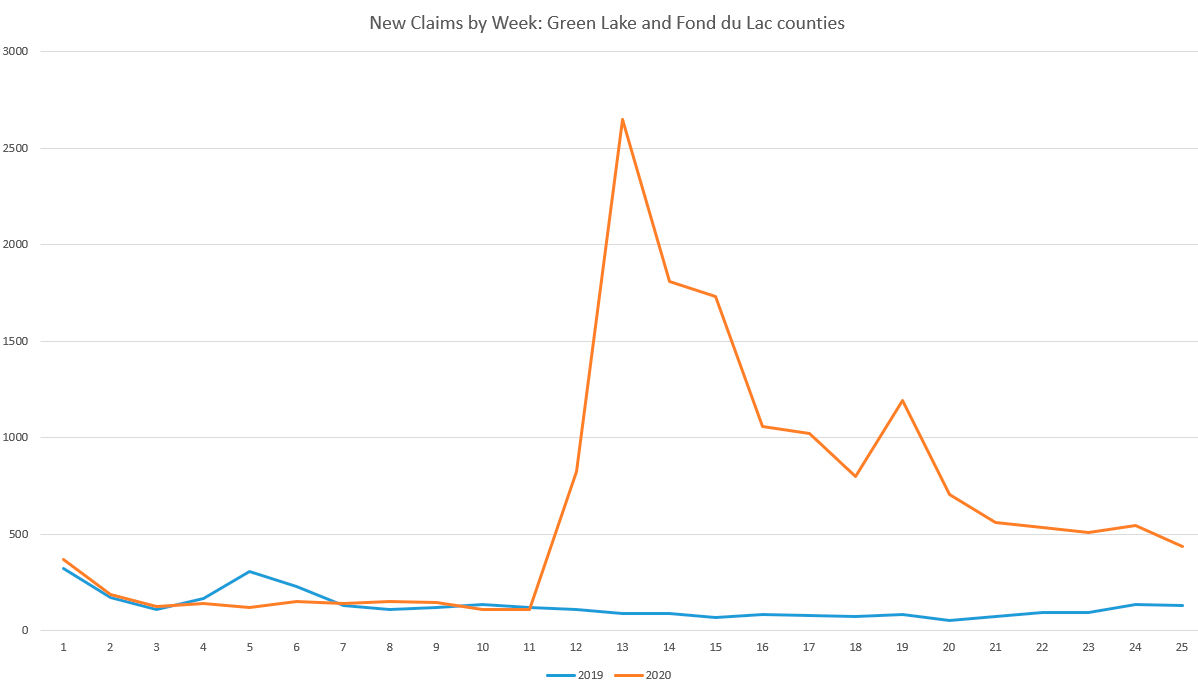 After a decade of steadily decreasing jobless claims, the May unemployment rates in Green Lake and Fond du Lac counties are nearly the same as when they peaked following the Great Recession, according to data released the last full week of June.

The unemployment rate in Green Lake County fell from 18.8% in April to 13.2% in May; meanwhile, the rate in Fond du Lac County decreased from 15% to 11.3%, according to preliminary statistics from the state Department of Workforce Development (DWD).

Despite the similar unemployment rates, the recessions differ significantly, as this recovery hinges on managing the pandemic and making consumers comfortable participating in economic activity.

“The thing we always have an eye on right now is the unpredictability of this virus,” said Jim Cleveland, vice president of economic development for Envision Greater Fond du Lac. “I think it’s incumbent upon all of us as individuals and businesses to take the necessary steps to mitigate the spread of the virus as best we can.”

In March and April, Envision Greater Fond du Lac’s analysis found that job postings declined in Fond du Lac County from 3,464 to 2,850, which aligns with a spike in unemployment.

During that period, the manufacturing and service sectors saw the biggest layoffs due to supply chain issues and nonessential business closures, according to Ripon Area Chamber of Commerce Executive Director Jason Mansmith.

“Those businesses took the brunt of either layoffs because of the pandemic, or were forced to close due to the Safer at Home order,” Mansmith said. “Those are big industries in Fond du Lac County and Green Lake County.”

From April to May, Envision Greater Fond du Lac found the decrease in job postings began to level off around 2,700. Since Wisconsin’s Safer at Home order ended, the organization reports roughly 10% of businesses each week have increased the number of paid employees.

Even so, approximately 10% of businesses surveyed by Envision Greater Fond du Lac report a permanent reduction in their number of employees, which is reflected in the DWD’s weekly unemployment data, as new unemployment claims have fallen more significantly than ongoing claims.