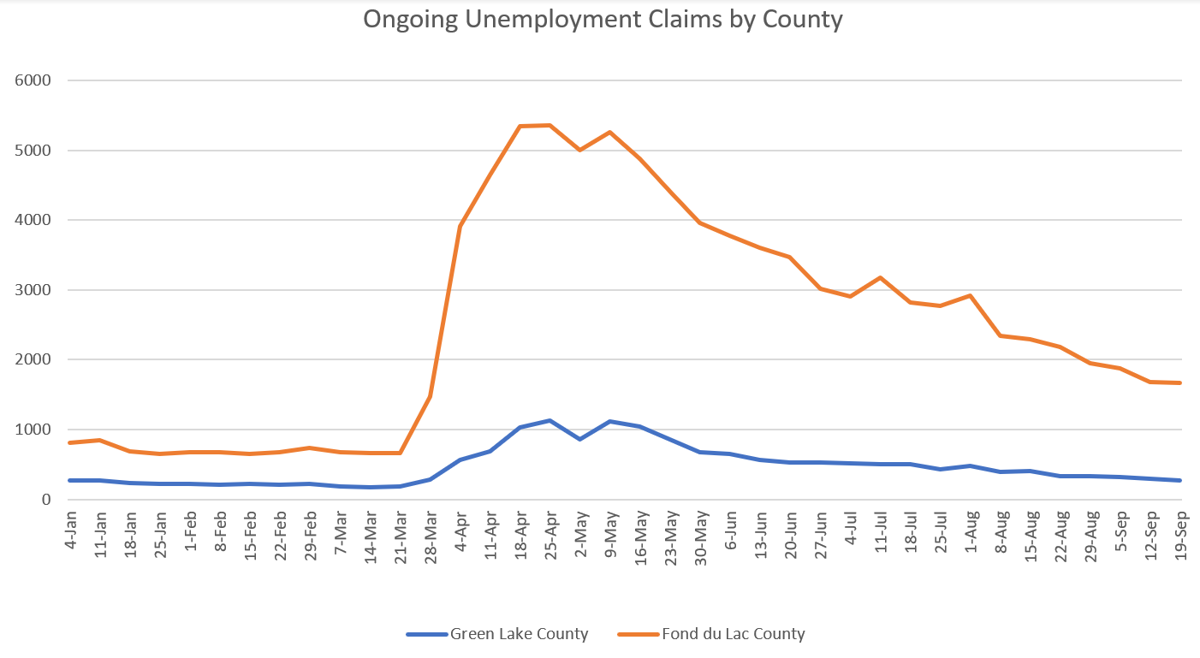 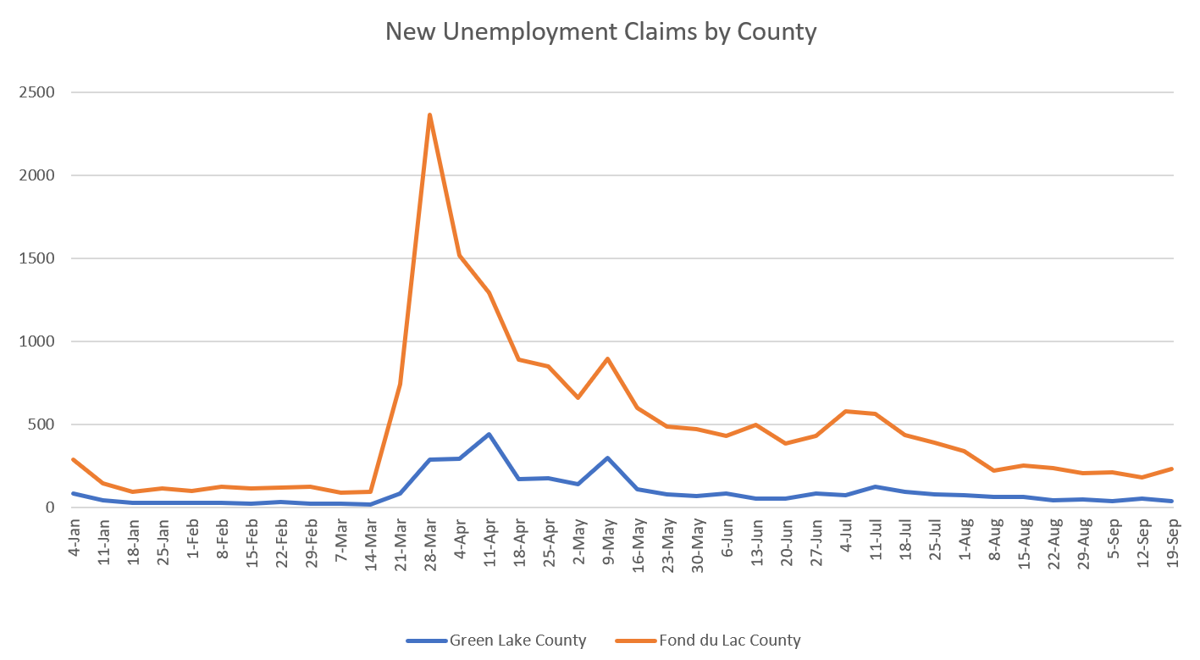 After exceeding Great Recession levels back in April, the unemployment rate in Fond du Lac and Green Lake counties has normalized even as issues that plagued the economy before the pandemic have been amplified in its wake.

According to preliminary statistics from the state Department of Workforce Development, the unemployment rate in both counties gradually declined throughout the summer as businesses continued reopening.

While the economy has proven resilient as unemployment has gone down, Fox Valley Workforce Development Board (FVWDB) CEO Anthony Snyder noted employers are struggling to find highly skilled workers, a problem they faced before the pandemic.

“If you’re a large manufacturer, you are still seeking skilled labor now just like you were in March,” Snyder said. “Nothing has changed.”

That’s because a new wave of automation — known as ‘Industry 4.0’ — is emerging, and replacing high-wage, low-skill factory jobs with high-skill, high-wage jobs.

A 2019 survey of 104 manufacturers in Northeast Wisconsin found that the most in-demand jobs over the next two to three years include process engineers, data management analysts, cybersecurity officers, industrial computer programmers, data engineers, data architects and application developers.

To improve the quality of life for many of those workers, Snyder believes the United States needs to reinvest in workforce development to “upskill” thew labor force for the jobs of tomorrow.

In a perfect world, Snyder noted Congress would have signed another stimulus package into law this summer to fund retraining programs.

In July, Congress failed to pass another round of stimulus. Subsequent efforts have fallen through as talks between Democrats and Republicans on Capitol Hill have stalled.

If a deal can be reached, Snyder hopes Congress can increase funding for retraining programs to help unskilled workers find a career that will allow them to feed their families and meet the needs of a 21st-century economy.

“Some people never fully launched a career. They got a job after high school and they never were able to advance because of a lack of skills or a lack of education,” Snyder said. “Ideally, what I would like to do is take the underemployed cashier or the now unemployed bartender and get them into a retraining program that we will pay for.”

Beyond covering the cost of a program, Snyder would like to cover living expenses such as rent and utilities to allow participants to focus on their education.

However, FVWDB’s funding has shrunk to the point where Snyder either has to “serve fewer people” or “serve as many people as possible with fewer dollars,” meaning the workforce board cannot afford to pay for retraining programs without more help.

Ultimately, Snyder believes increasing the pool of skilled workers during the pandemic will put the local economy in a position to thrive in a post-pandemic society.

Most in demand manufacturing jobs over next 2 to 3 years

10.3% - That’s how much unemployment in Fond du Lac County has decreased since April

14.2% - That’s how much unemployment in Green Lake County has decreased since April

272 - That’s how many people were on unemployment in Green Lake County as of Sept. 19