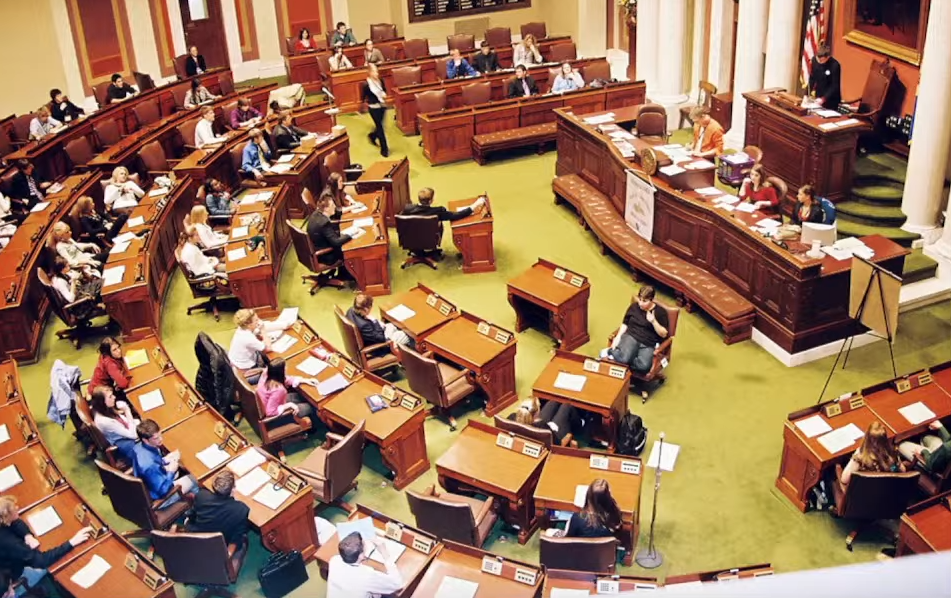 The Youth in Government conference brings hundreds of young people together to run a mock government. The program is coming to Wisconsin in March 2022. 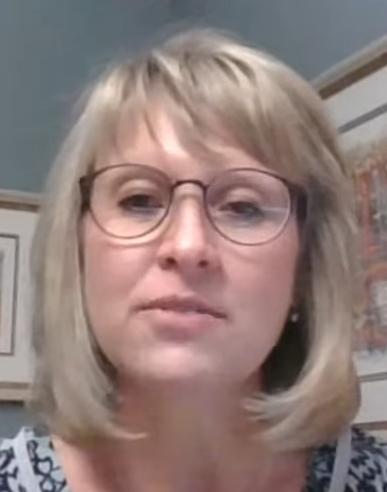 In a time of increasing polarization and negativity surrounding politics, it’s more important than ever to provide young people with opportunities to learn about civic life to prevent them from disconnecting from politics at all levels.

That was the message during a presentation hosted by the League of Women Voters of the Ripon Area last week Thursday.

The virtual presentation, “Instilling Civic Values in Young People,” was led by Amy Anderson, executive director of the YMCA Center for Youth Voice.

According to the League of Women Voters, the YMCA Center for Youth Voice in Minnesota has developed cause-driven leaders through programs and experiences that build character and confidence.

Anderson discussed the YMCA’s work and ways community groups in Ripon — and throughout Wisconsin — could do similar things to develop civically engaged young people.

She said political polarization and negativity are increasing. For example, in 1960, 10% of political ads were negative, but by 2012 only 14% were positive, Anderson noted.

Anderson added that people who travel for Thanksgiving to an area with opposite political leanings spend, on average, an hour less time at Thanksgiving dinner.

“We are seeing more about differences than we are about commonalities, and we are drawing lines around the places that we are in and find it less and less easy to find the ways that we are connected,” she said. “... We are in a challenging environment.”

While the increased polarization may be concerning for adults, it’s incredibly discouraging for young people, Anderson said.

In 2011, 24% of millennials considered democracy a bad way of running the country, she noted.

Anderson added that 60% of rural young people and 30% of urban and suburban young people live in “civic deserts,” where they perceive no opportunities to meet, discuss ideas and problems.

“We have a lot of expectations of young people growing up to be the kind of citizens we want them to be,” she said. “But we don’t necessarily put a lot of time or thought into how that’s going to happen.”

Anderson believes democracy must be learned by each generation. She said young people don’t automatically become engaged, informed and empowered to get involved at age 18.

Rather, individuals’ ability and desire to participate depends on their experiences — or lack thereof — as well as implicit and explicit messages that shape the belief that change is possible, Anderson noted.

“We all have a responsibility and a role to ensure that young people are prepared to contribute to the civic and political lives of their communities,” she said.

Anderson is working to do that through the YMCA Center for Youth Voice, which aims to develop cause-driven leaders through programs and experiences that build civic skills, confidence and character.

She said the Center for Youth Voice provides year-round opportunities to engage in programming that is “radically non-partisan” and inclusive to students of all backgrounds and ideologies.

“We clear the path for young people to develop and use their voice to take action on issues that matter to them,” Anderson said.

For example, her organization hosts Youth Day at the Capitol in Minnesota, where hundreds of young people are invited to come and advocate for any issue they choose.

Students are not given an issue; they choose one based on their interests and the Center for Youth Voice trains them in advocacy techniques before providing a one-on-one meeting with their local legislators.

In addition, the Center for Youth Voice helps schools run mock elections, as well as provides opportunities to discuss issues with the goal of increasing tolerance and empathy through the Conference on National Affairs and Respectful Conversations in Schools programs.

One of the premier programs is the Youth in Government conference, which is an immersive, multi-day program at the state capitol.

The Youth in Government program helps students get engaged in the issues, while learning how government works, Anderson noted.

She said the YMCA has created partnerships in Wisconsin to host a Youth in Government conference in Madison next March.

Anderson added that local organizations can reach out to learn more about getting involved with the Center for Youth Voice and the Youth in Government programs, which are looking to build partnerships with local school districts and community groups.

“We know that when young people are engaged earlier in life, and in meaningful ways, they are far more likely to remain engaged in the future,” she said. “We believe that youth voice and participation matter, and that our shared civic and political life will be when youth participate as invested stakeholders.”