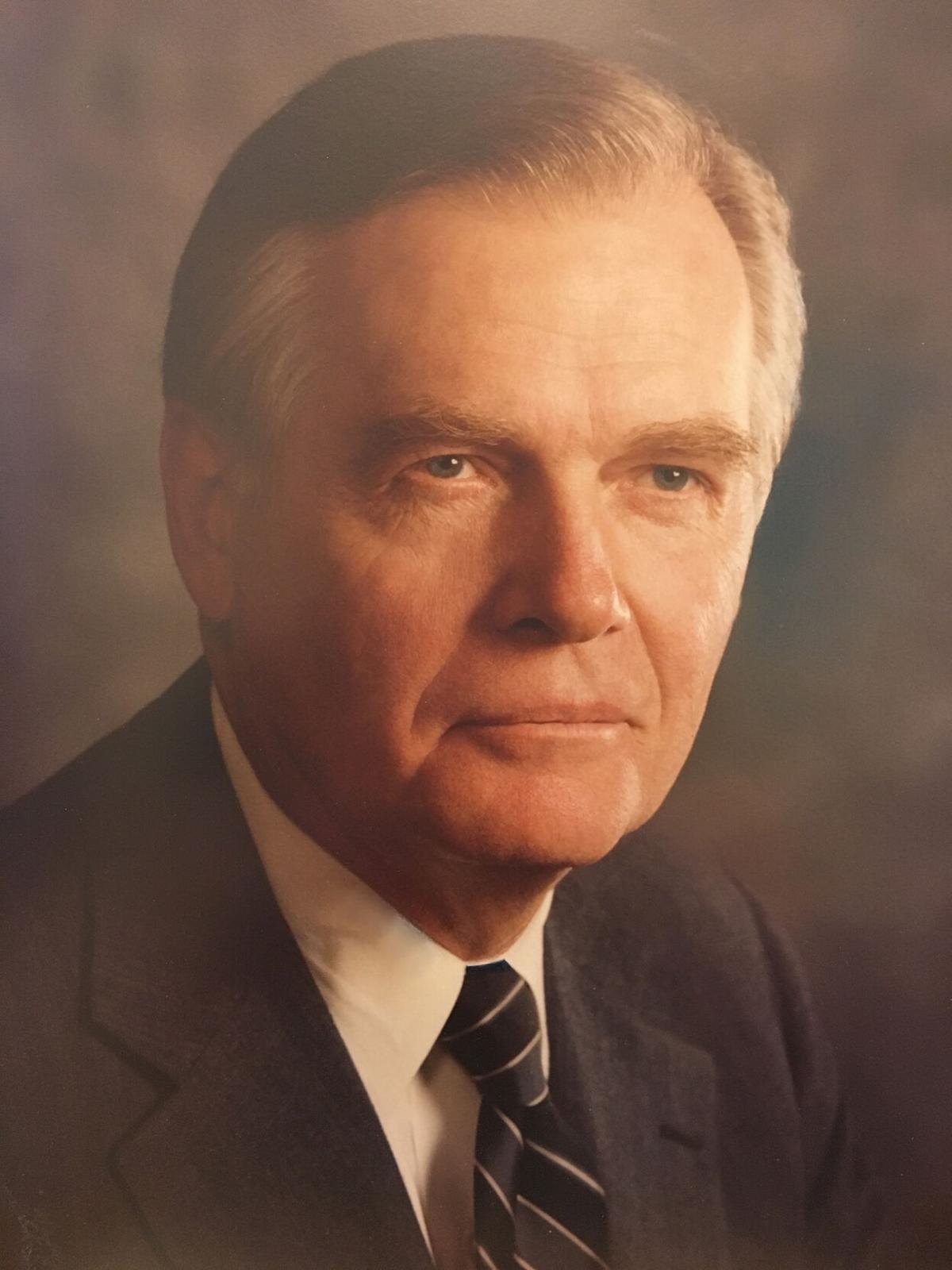 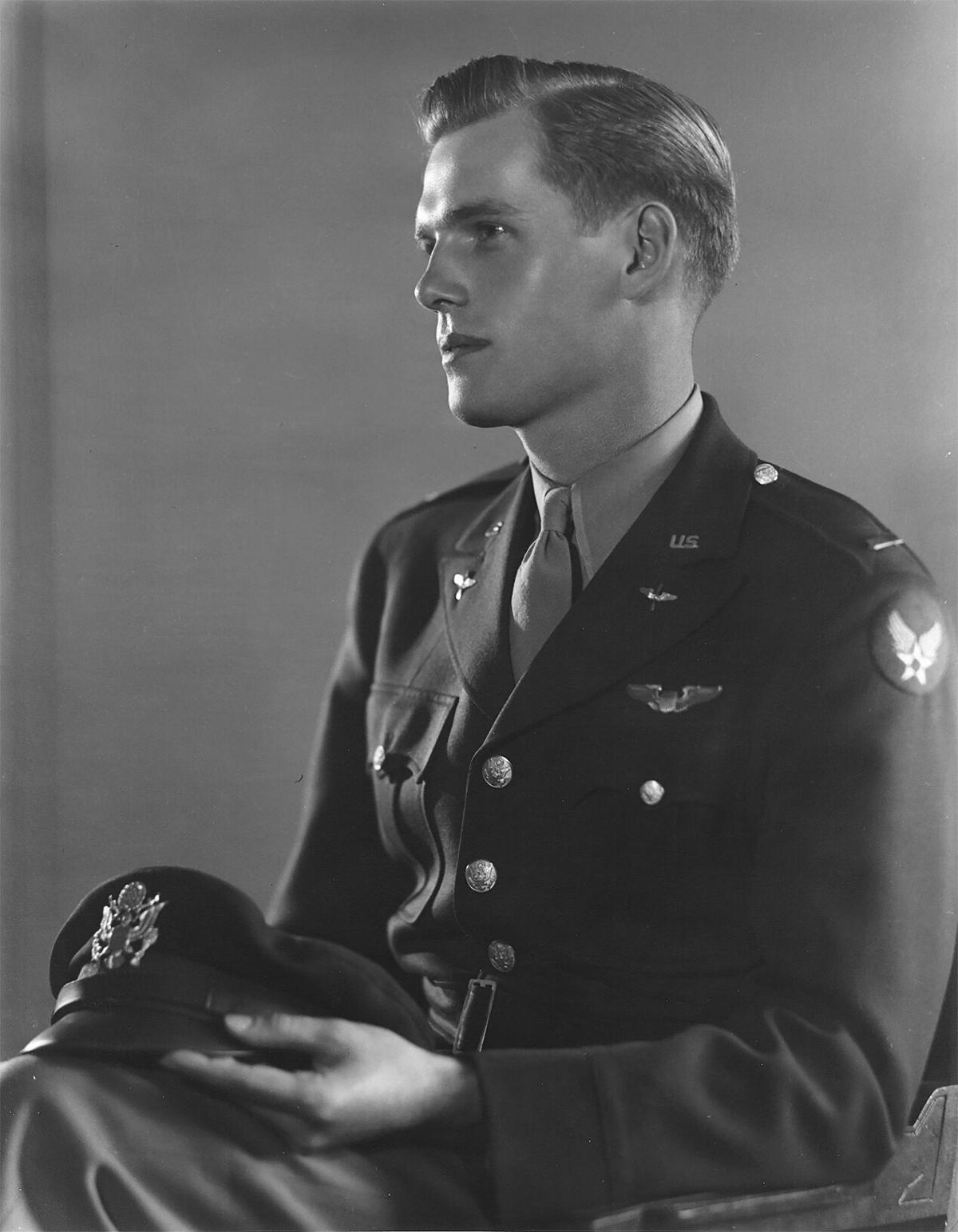 PEORIA- After a full life in which he found great success as a pitcher, as a pilot and as one of the country’s most prominent plaintiff’s attorneys out of his office in Peoria, Illinois, Frederick Walton Allen, 97, died at his home on Sunday, January 24, 2021, surrounded by his devoted family.

Fred was born June 10, 1923, to Frederick William Allen and Laura Josephine (Johnson) Allen in the family’s house in Ripon, Wisconsin. They preceded him in death. He married Tilley (Derges) Allen on July 26, 1952, at the First Methodist Church of Peoria. Tilley preceded him in death on October 20, 2018, after 66 years of marriage. Tilley’s final words on her deathbed were, “I love Fred so much.” Similarly, Fred’s love and devotion to Tilley throughout their long marriage was beyond measure. Fred and Tilley traveled the world, attending professional meetings, touring sites, golfing and making life-long friends.

Fred was preceded in death by a daughter, Laura Allen Curfman of Peoria, and a sister, Jane (Allen) Waters.

Fred had a long and distinguished career as a plaintiff’s attorney. He was the first downstate Illinois lawyer to win a $1 million award for a client. That 1974 jury verdict against the Ford Motor Company earned Allen membership in the Inner Circle of Advocates, an elite national group limited to plaintiff’s attorneys who had won seven figure awards. At the time of Fred’s inclusion in the Inner Circle, there had been only 55 such awards paid out in the United States, and members limited to 100 nationally.

He built his own law firm as a self-made businessman by working hard and treating people the right way. He regularly made time for pro bono legal work and was known to be humble and generous. But Fred was also exact in his actions and earned the admiration of other attorneys for his work ethic. He had a reputation for taking cases to trial by jury instead of settling for less, always seeking the best result for his clients. He personally funded each case and hired experts, often “betting the farm” on a favorable verdict. That entrepreneurial spirit was a guiding example for his daughter, Diane, who credits her father’s influence as giving her the confidence to start her own business, Cullinan Properties, Ltd.

Despite being born in a town that was also the birthplace of the Republican party, Fred stayed true to the Democratic party for his entire life. Fred ran for Congress in 1956 against Bob Michel. While Fred lost that election, he also started a lifelong friendship with Michel, who years later would introduce Fred as, “The man who got me elected to Congress.” Fred was elected for eight years as the 18th Congressional District State Central Committeeman for the Democratic party. It was in that capacity that he had a chance to spend time with President John F. Kennedy, President Lyndon Johnson, Attorney General Robert Kennedy, Speaker of the House Sam Rayburn, Senator Daniel Inouye, of Hawaii, and Senator Dick Durbin of Illinois, among other key political leaders.

It was also in the latter role that Allen had a notable first encounter with JFK, who arrived in Peoria for a political rally in 1959, one year prior to his election as president. When Kennedy- who was running late - asked to use a restroom, Fred told him there was no time for that and whisked JFK to the rally, where Fred introduced the future president. That was Fred, a confident, self-made man who would give an honest answer to anyone.

Even at a young age, Fred demonstrated a knack for enterprise. In his first job, at age 12, Fred earned $1 a day as a caddy at the Lawsonia Golf Club in Green Lake, Wisconsin. That led him to a lifelong love of golf and to hundreds of friendships at country clubs across the U.S. The job also earned young Fred extra benefits. At age 13 he purchased his first car, a 1923 Ford Model T, and transported fellow caddies to the golf course for five cents per ride.

Fred graduated from Ripon High School in 1941 and enrolled in Ripon College. He halted his studies to voluntarily enlist in the U.S. Army Air Force on December 7, 1942, the first anniversary of Pearl Harbor. During active duty he learned to fly the B-29 bomber, the same type of plane used to drop the atomic bomb on the Japanese cities of Hiroshima and Nagasaki. As a member of what would become the U.S. Air Force, Fred spent time as a pilot stationed at: Keesler Field in Biloxi, Mississippi; the College of Waynesburg in Pennsylvania; the Classification Center at Nashville, Tennessee; Maxwell Field in Montgomery, Alabama; Douglas, Georgia; and Cochran Army Airfield in Macon, Georgia. He received his pilot’s wings on August 5, 1944, at Moody Field in Valdosta, Georgia, and completed his training with the rank of second lieutenant.

Following his military service, Fred signed a contract as a pitcher with the Papermakers of Appleton, Wisconsin, a minor league affiliate of the Cleveland Indians. Before World War II, Fred had signed with a farm team of the New York Yankees, where he was known for his fastball. While he never realized the dream of becoming a Major League pitcher, Fred remained a devoted baseball fan. In particular, he rooted for the Chicago Cubs, dating back to age 7 when his father took Fred to see the Cubs play the New York Giants. In 2016, Fred realized one of his dreams when he watched with his family as his beloved Cubs won the World Series. Fred said that was something he never expected to see.

With the assistance of the GI Bill, Fred attended law school for two years at Northwestern University. He was admitted to the Illinois State Bar in 1949 and, based on the recommendation of a college advisor, he took the Rock Island Rocket train to Peoria to interview for an attorney’s position. It was his first visit to Peoria. Fred was hired and began work at the law firm of Louis Knobloch, earning $125 a month while living at the YMCA to make ends meet. He remained a devoted Peorian for the rest of his life. It was in Peoria where he met the love of his life, Tilley Derges Allen. He loved his adopted hometown and made many untold contributions to better the community.

Like many of his “Greatest Generation,” Fred worked hard to make a living but still found time to be active in the community. Fred was a member of the Elks Club for more than 70 years. He was a president of the Country Club of Peoria and was also a member of the American Legion; the First United Methodist Church of Peoria; Union League Club of Chicago; Springs Country Club of Rancho Mirage, California; Old Baldy Club of Saratoga, Wyoming; and Mascoutin Golf Club of Berlin, Wisconsin.

Fred’s love of family was of utmost importance to him. He especially enjoyed spending time with his daughters, grandchildren and great­ grandchildren and their families. His love and pride for them was boundless. He will be greatly missed by all who knew him.

A private Family Service will be held on Thursday, February 11, 2021. Burial will follow at Springdale Cemetery. A celebration of his remarkable life will be held at a later date.

Fred’s family memorialized his remarkable life in a book published last year, “The Fred Walton Allen Story: One of the Greatest of the Greatest Generation.” Copies can be obtained from dcull@cullprop.com.

In lieu of flowers, donations can be sent to OSF Children’s Hospital of Illinois or Easterseals of Central Illinois.

Friends and family may sign the online guestbook or send condolences at wrightandsalmon.com