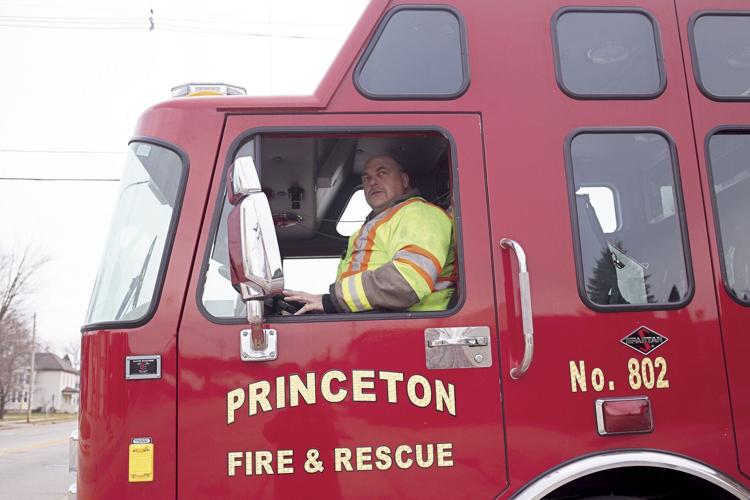 Volunteer firefighter and sheriff’s deputy Ted Kuklinski drives a Princeton Fire & Rescue truck. Kuklinski had a knee replacement with Dr. David Eggert and has been thrilled with the results. 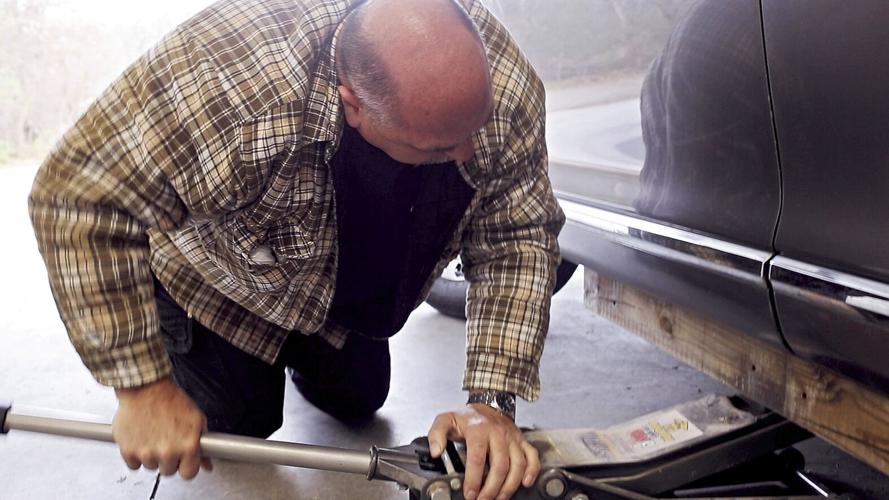 Ted Kuklinski gets on his knees to use a car jack, something he would have struggled to do prior to his knee replacement.

Volunteer firefighter and sheriff’s deputy Ted Kuklinski drives a Princeton Fire & Rescue truck. Kuklinski had a knee replacement with Dr. David Eggert and has been thrilled with the results.

Ted Kuklinski gets on his knees to use a car jack, something he would have struggled to do prior to his knee replacement.

Dr. David Eggert described the robot as being “as close to perfect” as possible at avoiding surgical complications that prolong patient recovery.

“That’s the thing that’s so remarkable. You could argue that because of this perfection, you get back to doing things a little quicker,” he said, adding the caveat that that’s not always the case.

Typically, a knee replacement surgery takes about 32 minutes, Eggert noted. Then, a patient stays at OSI’s skilled nursing facility for two days, before using a walker for two weeks and being able to drive within seven to 10 days.

Within four to six weeks, he says patients are typically “feeling pretty good” and will almost forget that they had a joint replacement.

He added that the Mako robot can work around a deformity and produce near-perfect results every time.

“It’s just so dependable,” Eggert said. “If you do this manually — without a robot — you can accomplish all this stuff, but any type of severe deformity makes it a little more difficult. The robot brings precision that improves the skill of already great surgeons.”

“With the Mako robot, we don't have to say, ‘Well your situation is going to take longer,’” he said. “It's always this way.”

Eggert isn’t the only one who praised the predictable recovery afforded by the Mako robot.

Ted Kuklinski, a Green Lake County sheriff’s deputy and volunteer firefighter, was thrilled with his recovery after a robotic-assisted knee replacement.

Prior to knee surgery, Kuklinski was an athlete in his younger days, playing football and softball. His work in law enforcement and firefighting also created a physical toll.

“I found getting in and out of my car was difficult,” he said, noting he couldn’t sit at sporting events with someone in front of him. “I could never bend my knees that far; my range of motion was shot.”

It got to the point where Kuklinski “had an episode at work” during a rescue where he physically couldn’t perform his job duties.

“When I got down there, I was almost flat on the floor,” he said. “I couldn’t kneel and perform CPR the way I used to.”

That’s what made Kuklinski choose to have a knee replacement procedure done by Eggert, who “immediately recognized” that he was “a prime candidate for replacement.”

“His personality is very comforting; he was energetic, confident and put me at ease,” Kuklinski said. “The folks at OSI, through their experience in seeing as many patients as they have, have refined this process down incredibly.”

Kuklinski added that everything was done in steps and his recovery went “so smoothly” with “no hiccups” and “no hitches in the process.”

After surgery, he’s back on the job and he’s achieved his goal of being able to perform CPR again.

In fact, Kuklinski can kneel in church again, something he wasn’t sure he’d be able to do before the surgery.

“I will tell my closest relatives and my closest friends to go to Dave Eggert,” he said. “Dr. Eggert is as cool as they come, and this guy cares. He probably doesn’t need to do this anymore, but he does it because he wants to and that’s a big deal.”

OSI has a team of highly-trained physicians ready to diagnose and treat an array of orthopedic issues, with locations in Ripon, Appleton, New London, Oshkosh, Shawano and Waupaca.

Orthopedic & Sports Institute of the Fox Valley is part of the Ripon Area Preferred Business program.