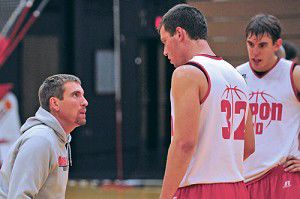 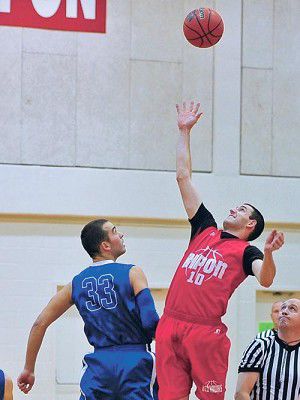 If there is a single theme surrounding the Ripon College men’s basketball team entering this season, it is the need for consistency.

It is not hard to see why.

The Red Hawks graduated five players from last year’s team, three of whom were multi-year starters, and has welcomed aboard a freshman class of seven players.

“Replacing a group of seniors requires some guys you have in your program to develop and improve from their previous year,” Ripon head coach Ryan Kane said. “And then it is going to require some of these freshman to adjust to college basketball as quick as possible, given that they are going to have to be on the floor.

“The nice part about this particular group is there is a natural chemistry about them. They have really taken to each other well and they have really figured out how to play well together already ... Our consistency is not there on both ends of the floor, but they do show some glimpses of being very special in certain areas.”

The largest shoes the Red Hawks will have to fill are those left behind by Midwest Conference Player of the Year Taylor Koth.

Koth led the team and the conference in scoring and rebounding last season.

While no single player will be able to replace what Koth contributed on the court, Kane has confidence that he has players on his roster that can help soften the blow.

Read the full story, which includes information on the team's goals, in the Nov. 14, 2013 edition of the Ripon Commonwealth Press.