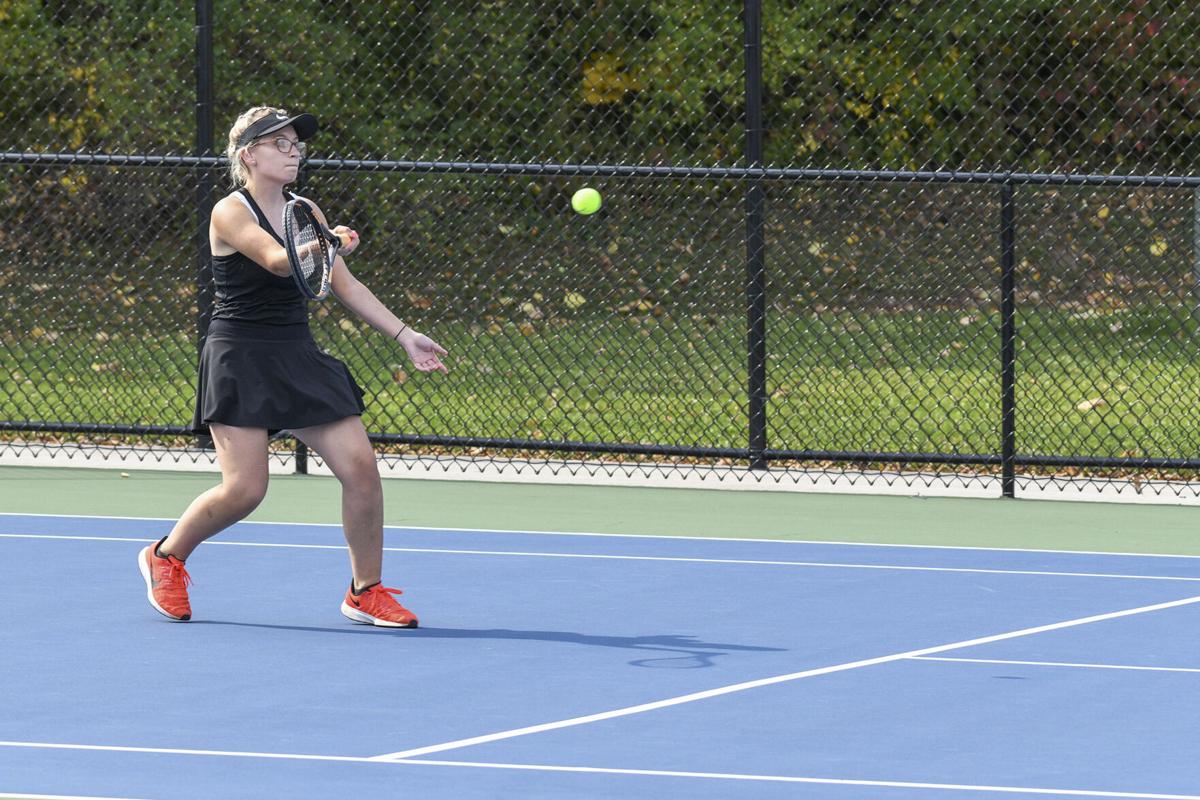 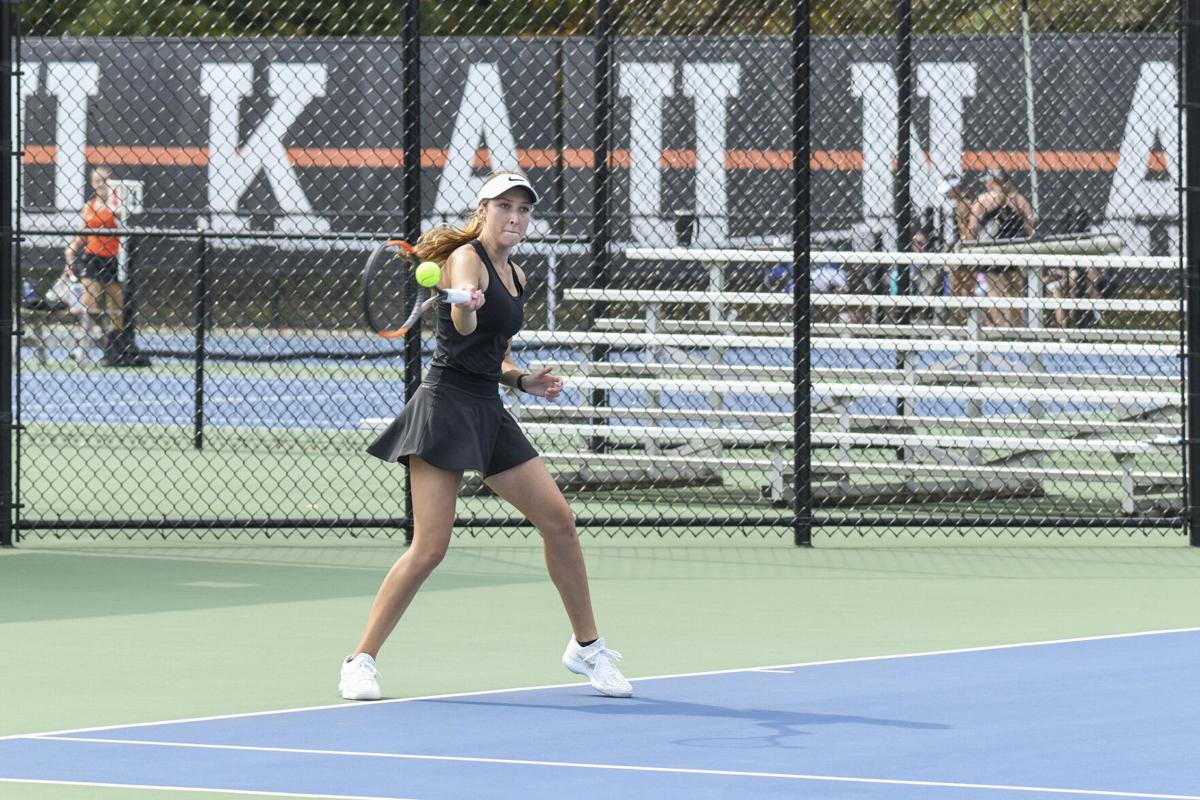 Lexi Tebon connects with the ball during a match at the Kaukauna Triangular. 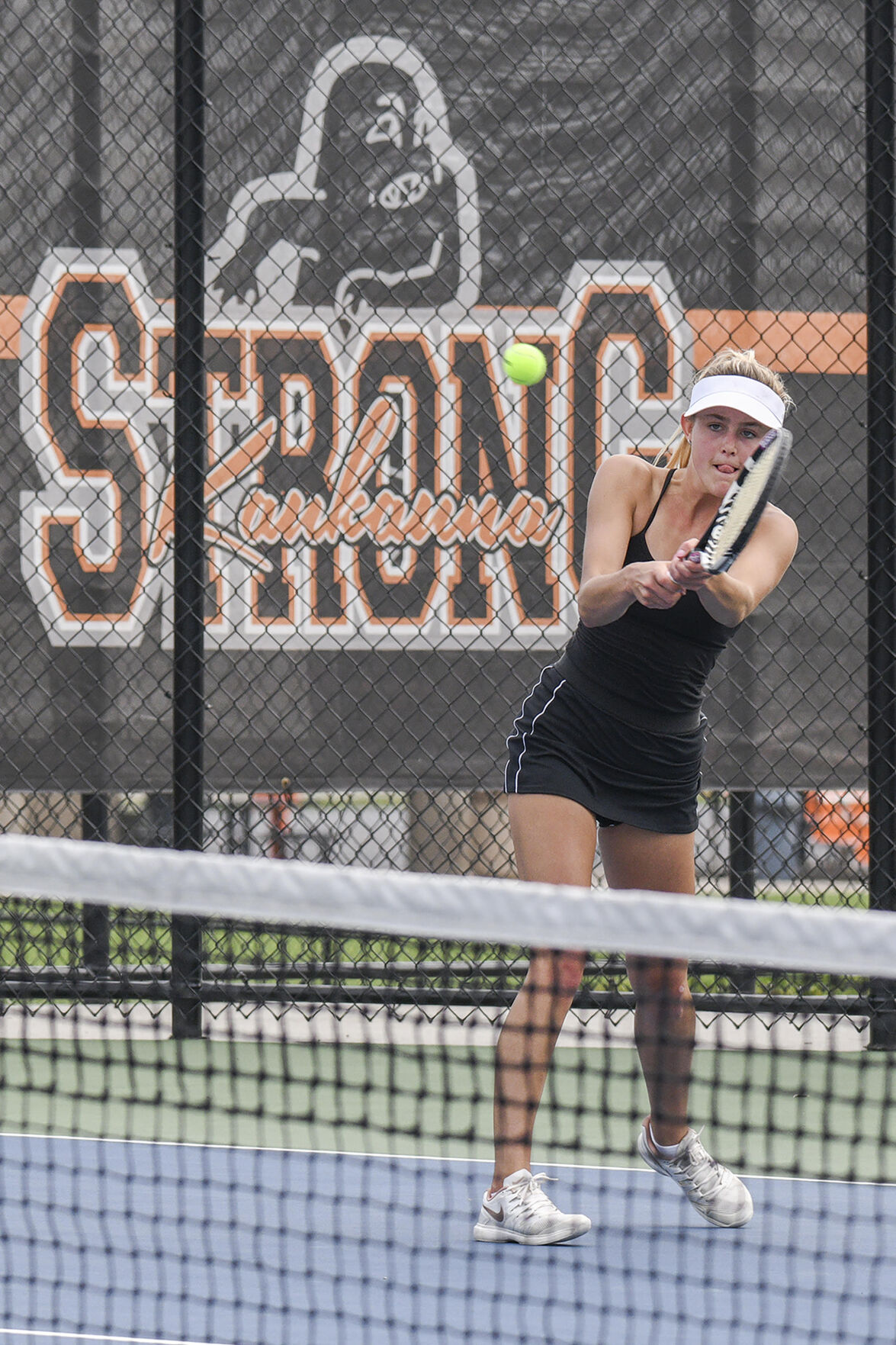 Lexi Tebon connects with the ball during a match at the Kaukauna Triangular.

The Ripon High School girls’ tennis team put up a valiant fight at a few positions, but was only able to come away with one win during its home dual Monday against the Plymouth Panthers.

Halle Hadel accounted for that victory as the senior won her No. 3 singles match 6-1, 6-1 to remain undefeated in conference play and 11-1 overall this season.

This marks the fourth time this season that she kept the Tigers from being shut out, and the third-straight conference dual doing so.

While not able to pull off a victory, another strong performance for Ripon Monday afternoon came from the No. 1 doubles team of Lizzie Grewal and Emma Mott. The duo won a tight first set 6-4, but then dropped the second 3-6 and the third 7-6 on a 7-2 tiebreaker.

Lexi Tebon also had a chance to take momentum in her No. 2 singles match as she narrowly lost the first set 5-7, before falling more soundly in the second 2-6.

Hadley Neper ran into a Plymouth player at No. 1 singles, Alayna Wilderman, who has had Ripon’s number the last couple of seasons, and Wilderman continued her dominance as she beat the Tigers’ Neper 6-1, 6-1.

The Tigers did pick up another victory at the junior varsity as Guimauve Engelschenchilt won her singles match 4-1, 4-0.

Rain washes away chance for Ripon to beat Kaukauna

The Tigers took a break from conference matches last week Thursday as they faced Kimberly and host Kaukauna in a triangular.

Ripon fell to a much larger Kimberly team 7-0, but were poised to potentially defeat Kaukauna before the rains came and washed away the competition.

The dual will not be finished.

In the meet with Kaukauna, the Tigers had dropped the three doubles matches, but won two of the singles matches and were in good position in the other two.

Tebon and Hadel won at No. 2 and 3 singles, respectively, while Neper was leading her No. 1 singles opponent 6-2, 6-5 and had the score at 30-love when it was called. Rudolph won her first set at No. 4 singles 6-4 and was in the process of trying to come back in the second as she was within 3-5 but was unable to get to chance to see if she could get the job done.

Against Kimberly, Ripon lost all seven matches in straight sets.

Putting up the biggest fight for the Tigers in the loss were Rudolph and the No. 2 doubles team of Schram and Edinger. They each won a combined five games, with Schram and Edinger being within 6-4 in the second set of their match.

Ripon closed out the regular season Tuesday night with a road dual against Kiel in a competition that finished after press time.

It then will get ready for subsectionals, which are set for Monday at 9 a.m. at Kohler.

Those who advance past that competition will compete in sectionals Wednesday at Kohler.