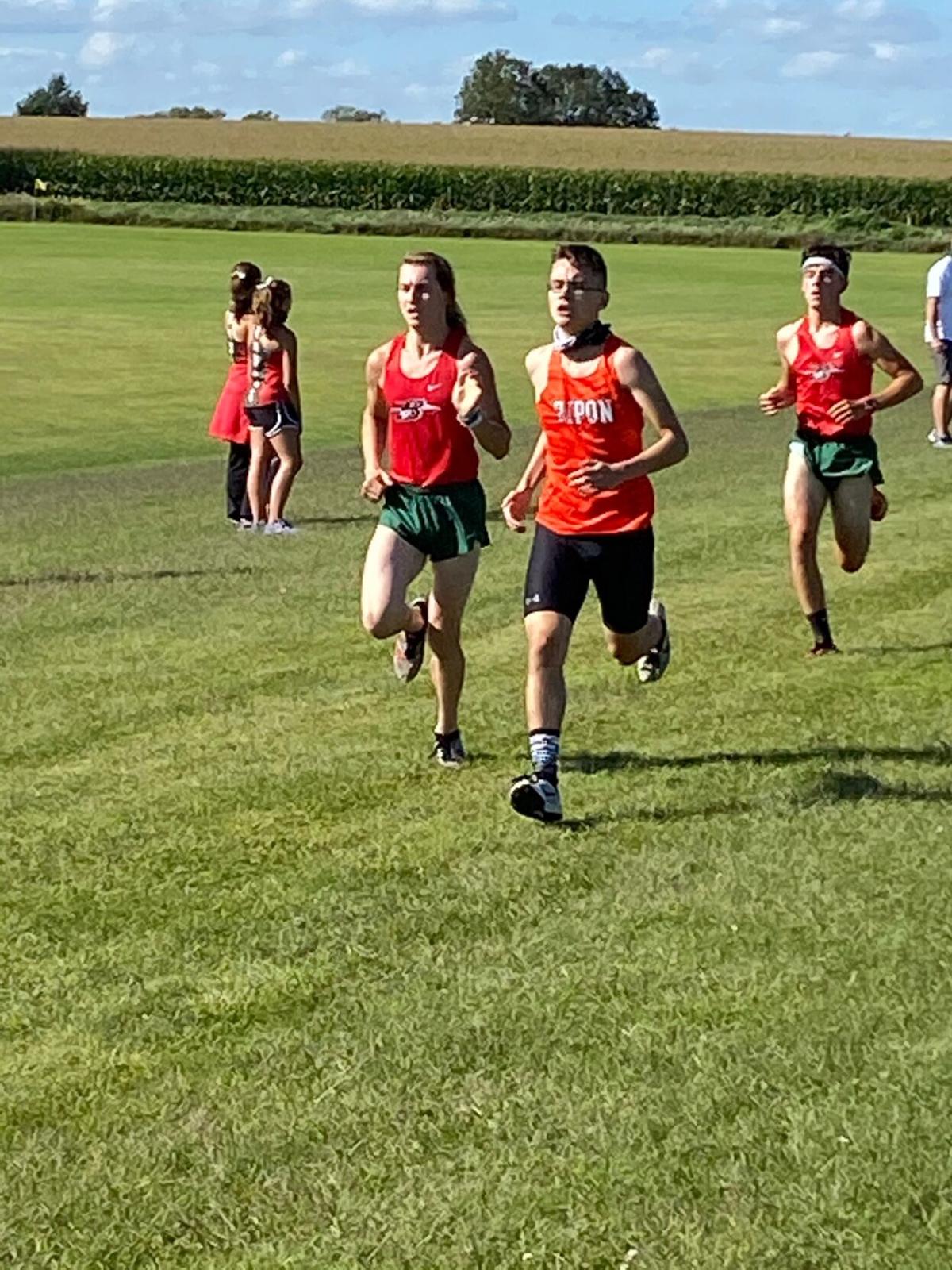 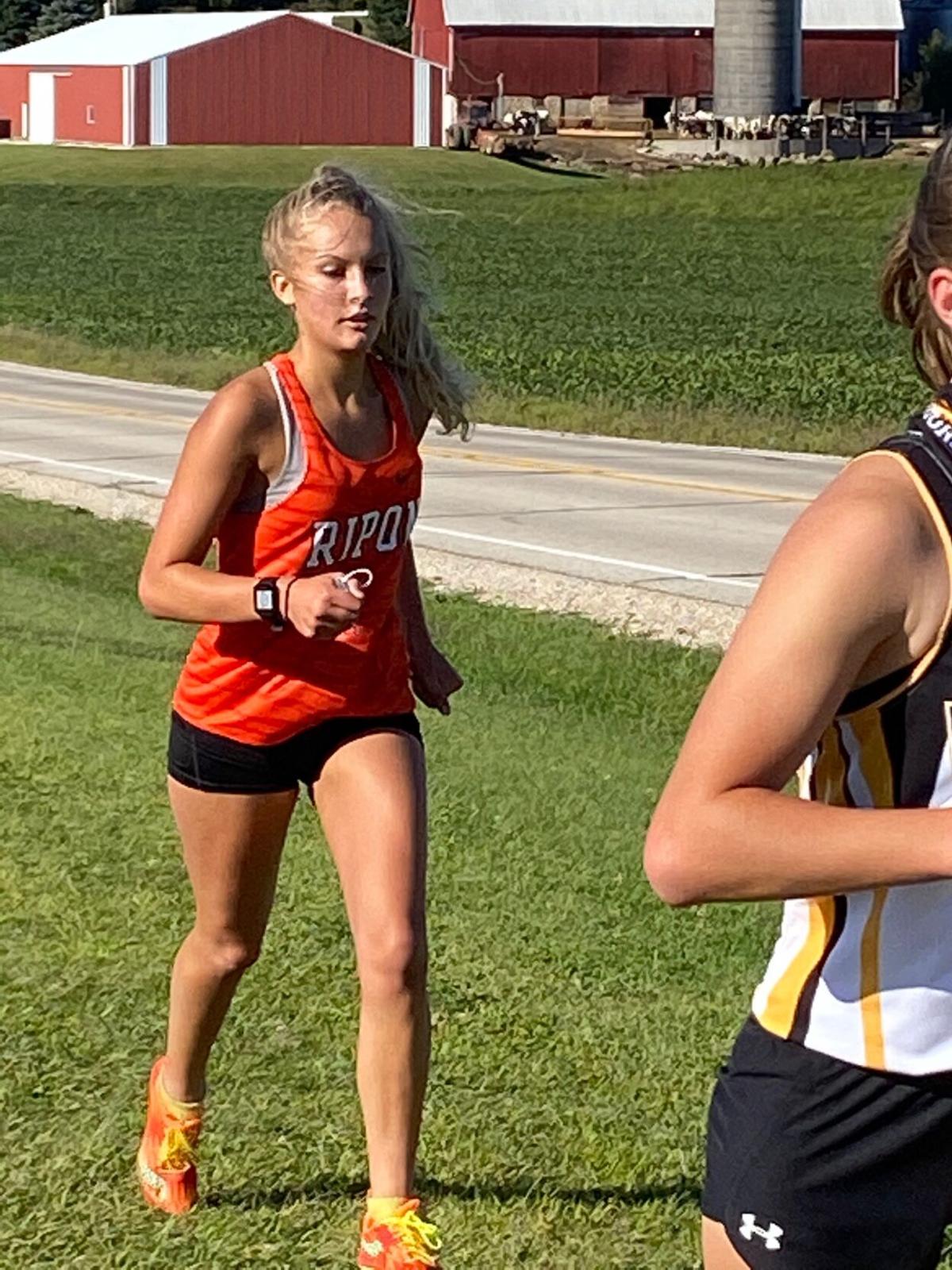 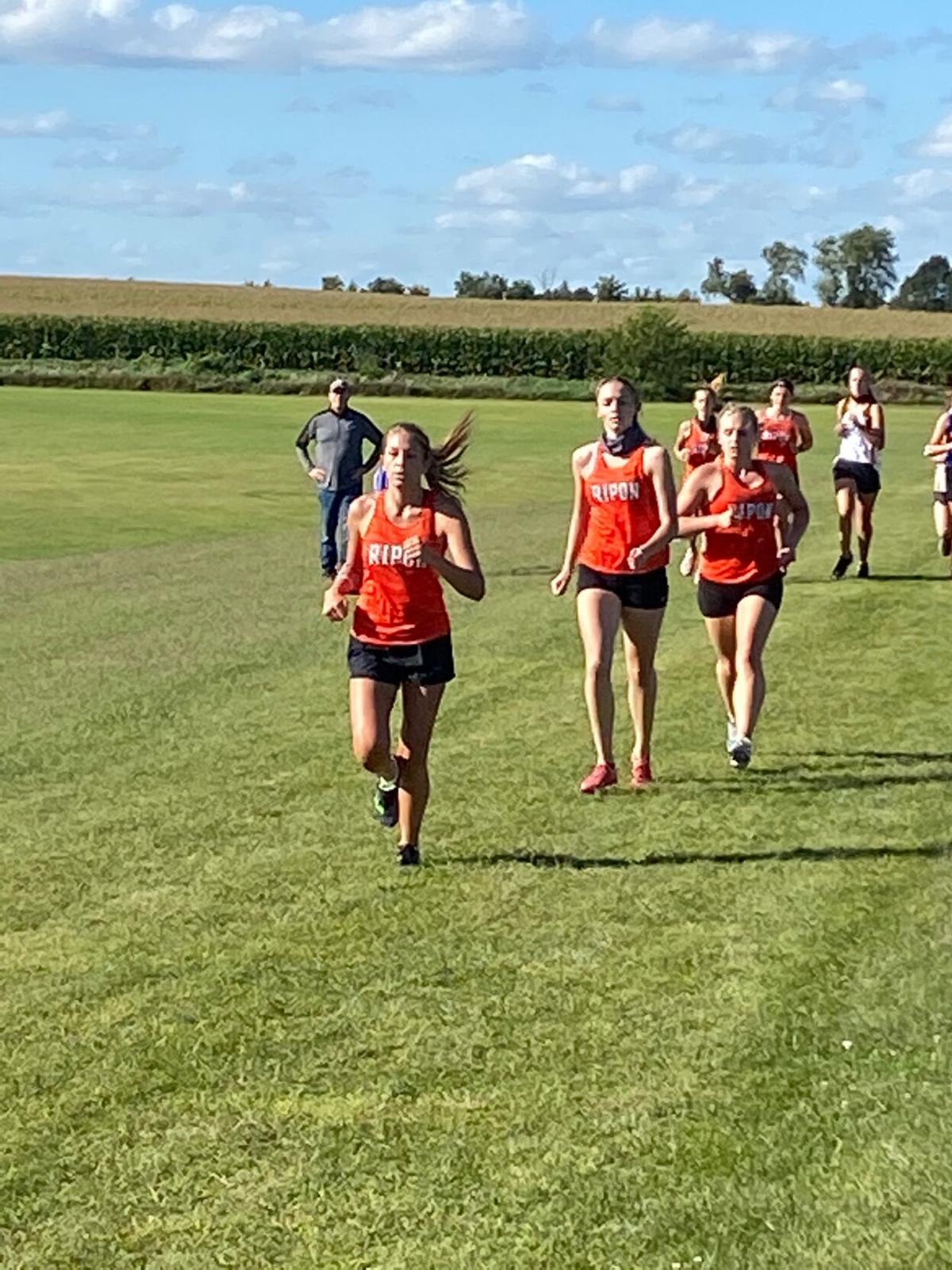 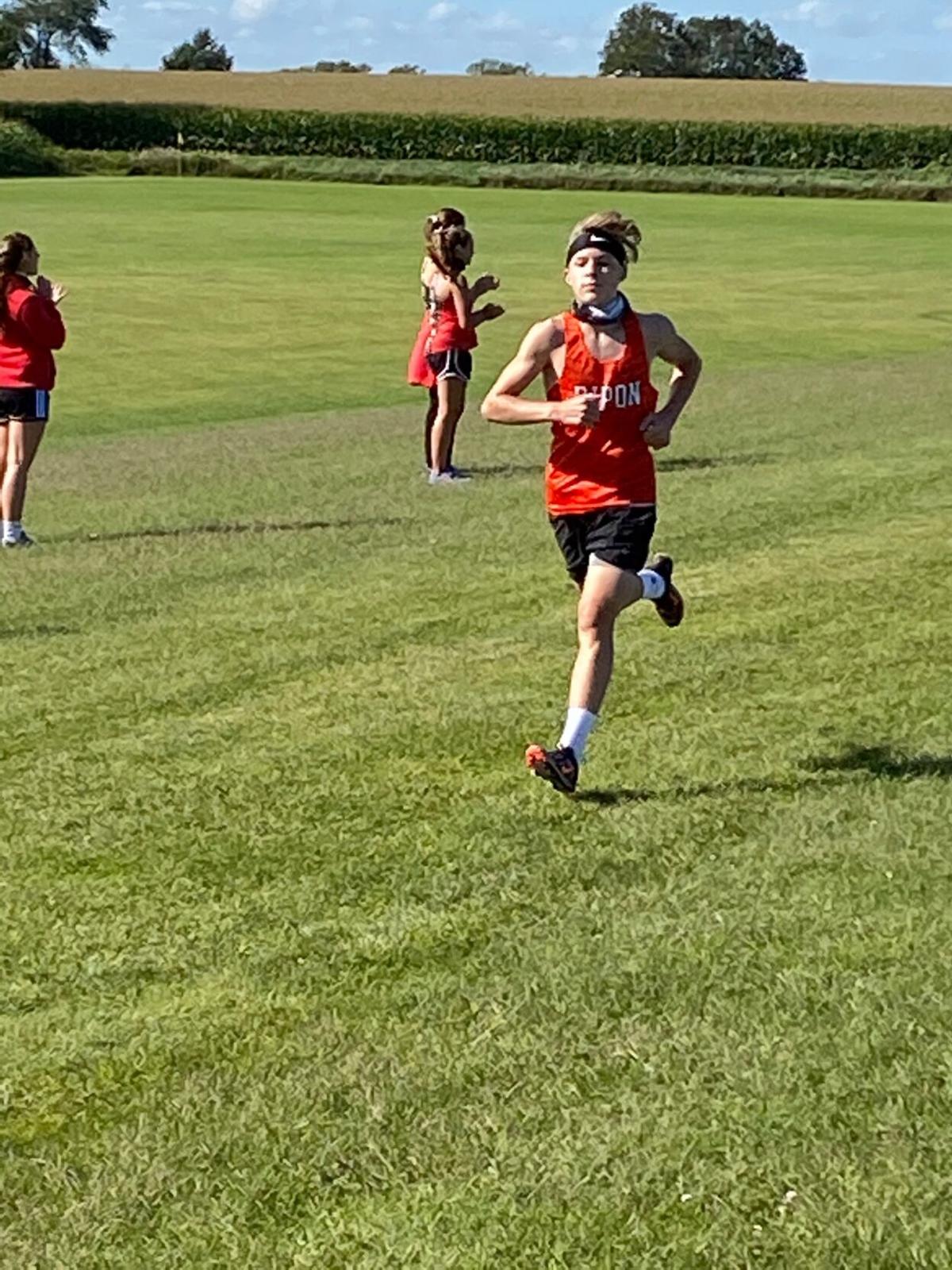 The girls’ team finished second out of four schools at the Campbellsport Quadrangular, while the boys placed third out of four teams.

Berlin placed first on the girls’ side, while host Campbellsport came out on top for the boys. Waupun also competed in the meet.

“I thought it went well,” Ripon head coach Chris Gatzke said. “It was a nice course. It was a beautiful day. The competition was good.”

Leading the way for the Tiger girls were Julia Long and Jasmine Moldenhauer. The seniors came across the line second and third, respectively, with times between 23 minutes, 22 seconds and 24:07.

Exact finishing times for Ripon were not available at press time.

“They ran smart races,” Gatzke said. “At one point, Jasmine was leading the race, but they were in the top-five in the entire time. They competed, but they worked well together being two teammates that have run in practice day in and day out. So they did a nice job there.”

He added that Long and Moldenhauer improved during the second half of the race and that really made a difference. Their performance in the second loop of the race also was encouraging to him as it’s one of the areas both the boys’ and girls’ teams will be working to improve on.

Ripon’s next-four finishers on the girls’ side came in close to one another as they finished within five spots and 26 seconds of each other.

McKenzie Nodolf rounded out the Tigers’ varsity runners at the quadrangular with a 20th-place finish and a time between 26:50 and 27:28.

They were spaced out ... but they were close together in their placing-wise, and in a big meet that will help as well having them all be together,” Gatzke said. “We’ve known that because that group ran together last year. They continue to run together this year ... And what’s really neat is in the meet, they switch it up. So it’s not like they’re just sitting back. They continue to push each other through practices and through meets, which is going to help get us better as the season progresses.”

On the boys’ side J.P. Stanfield paced the way for the Tigers. The senior placed third overall with a time between 18:50 and 18:56.

“[He] ran strong from the word ‘go,’” Gatzke said on what Stanfield did well. “He’s got a little bit of a fire in his eyes. He wants to do well this year. Missing the track season was tough for him, and he views this as his chance to redeem that and keep moving. So he ran a smart race, ran in contact with the people that were in front of them.”

The Ripon coach added the quadrangular posed a different challenge for him and other runners as it forced them to strategize and plan, rather than count on the additional competitors of a larger competition to help pull them along.

It was that challenge that Gatzke believes possibly cost some of the Tiger runners a better finishing spot.

“That’s a whole different ball of wax,” he said of running with a maximum of 28 runners compared to upwards of 100. “You’re a lot more on your own, and now you’re trying to run with somebody. Where J.P. has the experience, and Jasmine and Julia had that, it’s a little bit different for a newcomer and they have to learn how to pace that up. So that will be one thing we’ll have to work on and learn.”

Gatzke noted several runners for Ripon also may have gotten caught up in the moment last week.

“There’s a lot of newcomers and younger kids that did well at the Fun Eun and didn’t do as well when they put the jersey on,” he said. “And we talked about those things after the meet about how racing is different than that Fun Run and how you can get caught up in nerves.

“All the running that they did beforehand when they didn’t have the uniform is just the same as when they’re racing; a couple little things that you do differently, but they can’t get so nervous and uptight and caught up in the fact that it’s a competition and that it’s actually being scored. They just need to do the things that we practice and then good things will come.”

Three runners who that didn’t apply to for Ripon were Dayton Baird, Miles Fisch and Remington Mueller. The upperclassmen finished 11th, 14th, and 17th, respectively.

Rounding out the field for the Tigers were three runners competing in their first high school meet: Mason Killam (21st), Tyler Bradley (22nd) and Jayden Trochinski (23).

In addition to the meet serving as a good learning moment for several younger runners, it also could help the Tigers out later this season.

“It was advantageous too for us to be able to see that because that’s going to be the conference course, provided there is a conference meet,” Gatzke said. “So it was nice to see the terrain change and how things are [on the course].”

Ripon will have some time to work on areas it needs to improve as its next quadrangular isn’t until Tuesday, Sept. 15. Waupun will host the meet, while Plymouth and Winneconne will also compete.

“What’s going to be nice is we have one meet a week, and there’s a couple weeks without, so we’re able to do a long-distance run, a sprint workout, a hill workout,” Gatzke said. “So our workouts are going to be able to be more structured this year, and a little bit easier.”

The Waupun quadrangular is slated to get underway at 4 p.m.