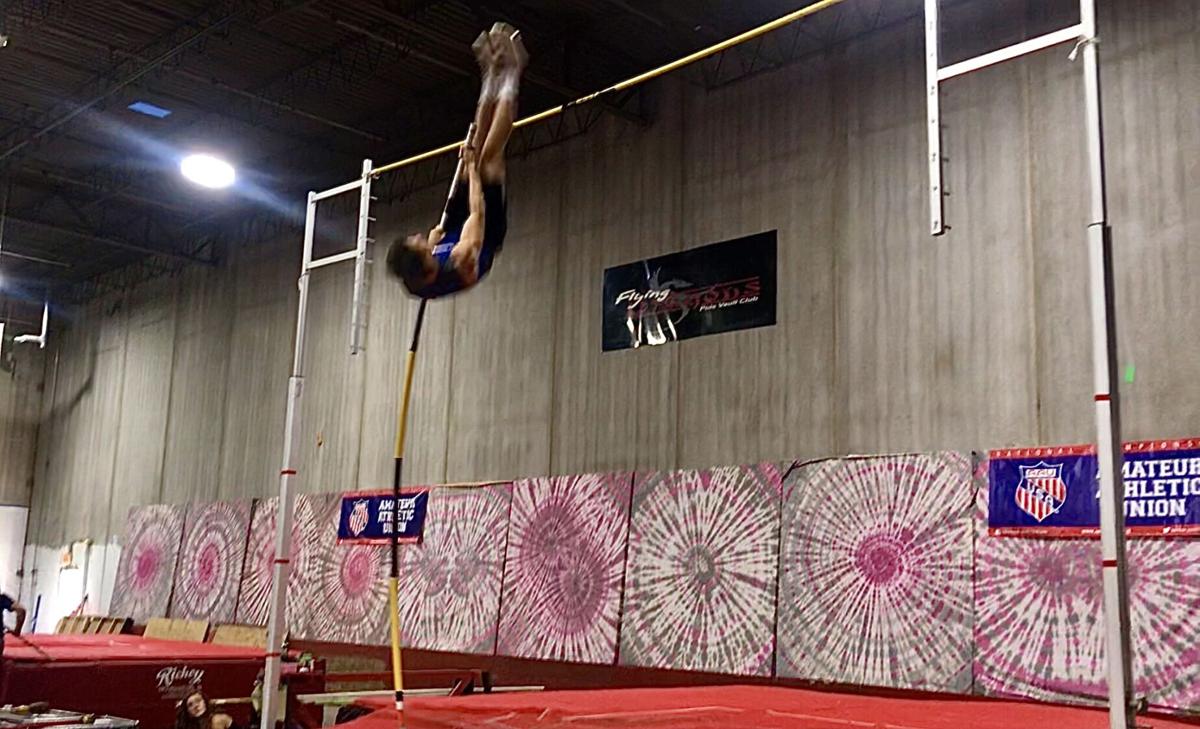 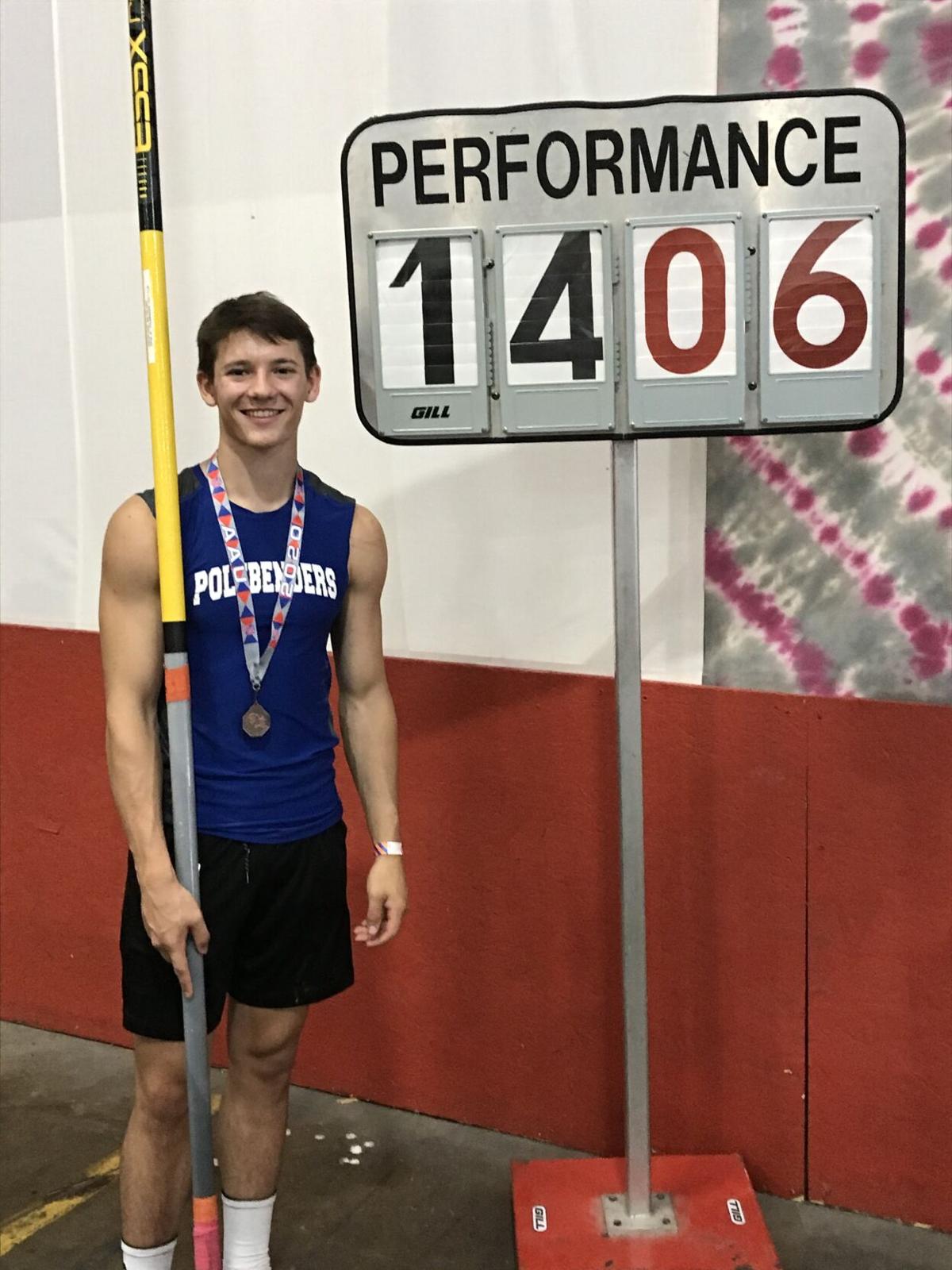 Hunter Cook finished with a height of 14 feet, 6 inches (inset), which placed him third overall.

Vaulting with the Polebenders Vault Club this summer, which is coached by Johnny Graham and his father Joel, Hunter finished strong to lead the Wisconsin Vaulters to two top-eight finishes in the men’s division.

Winning the AAU National Pole Vault Invitational was Kansas recruit Andrew Saloga from Aurora, Ill., with a jump of 15’6.”

“I was feeling good and my form was right on today,” Hunter said. “I’ve been pretty consistent increasing my heights as the season progressed, while continuing to train hard.”

With the completion of the meet, the competitive 2019-2020 track and field season wraps up.