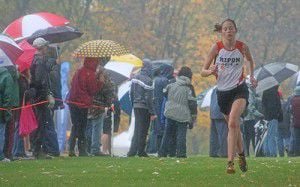 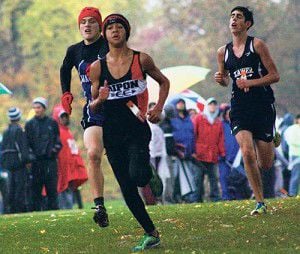 Mother Nature, however, put a damper on the optimism.

Running in chilly temperatures and a constant rainfall, the Tiger girls — who Gatzke believed had a shot to win the title — finished sixth out of nine teams, while the boys placed fifth out of eight schools.

“You definitely don’t want to finish in the lower half of the conference,” Gatzke said. “Although, like we’ve mentioned all along, our conference is a fairly tough conference. We would have had to put the ideal meet together, the perfect scenario ... You would’ve thought in the rain, the perfect storm, we could’ve done it.”

The rain, while everybody had to run in it, was not friendly to Ripon, especially on the girls’ side.

“The girls, for whatever reason, had the toughest time with it,” Gatzke said. “No girl ran their fastest time of the season at conference. Eleven of the boys did, including four of the top-seven boys.”

Even though the team finishes were not quite where Gatzke would’ve liked them, the Tigers did have four runners named to one of the three all-conference teams.

Read the full story in the Oct. 18, 2012 edition of the Ripon Commonwealth Press.