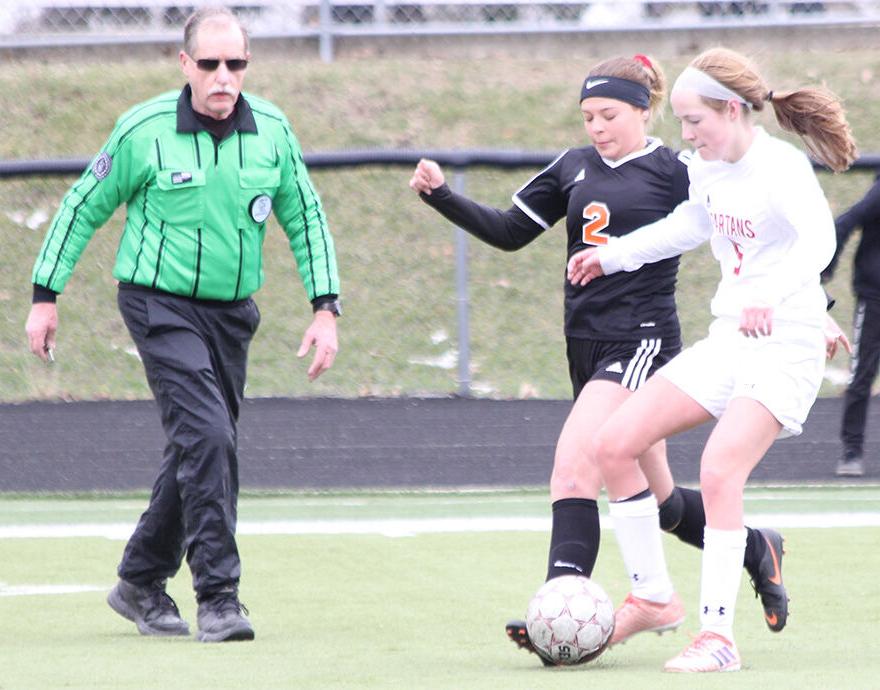 Dan Murray referees a high school girls’ soccer game between Ripon and Luxemburg-Casco last spring. He is retiring from refereeing after 34 years. 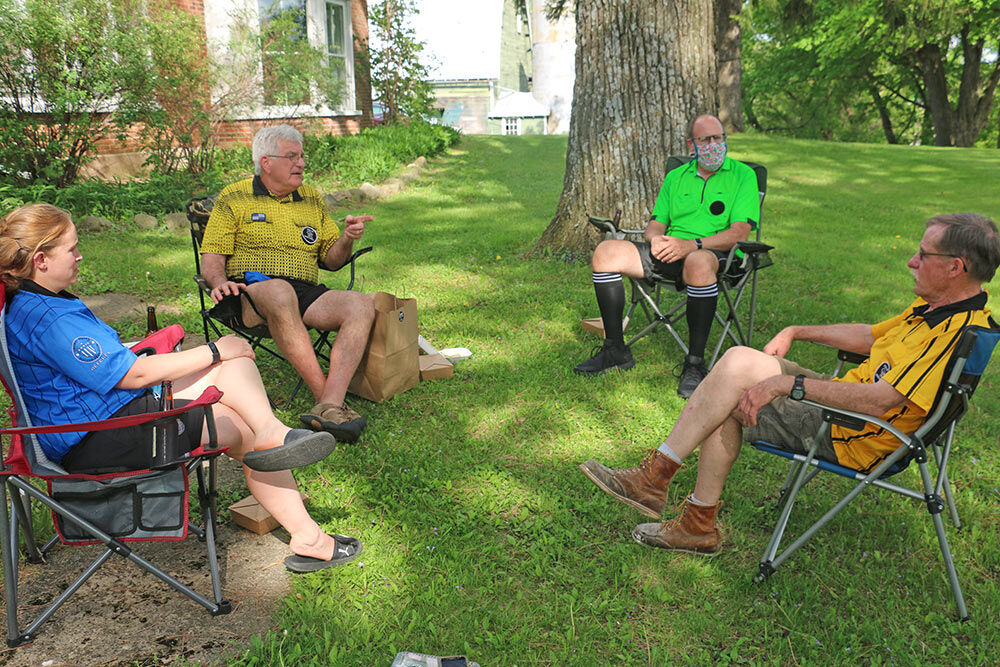 Dan Murray referees a high school girls’ soccer game between Ripon and Luxemburg-Casco last spring. He is retiring from refereeing after 34 years.

Sitting around last week with three other referees with whom he worked many games, Green Lake native Dan Murray reflected on how he got his start in soccer.

“It was kind of a family thing when the kids all started playing soccer in first grade,” he said. “And they always needed referees, so that’s how I got in.”

"When I finished [refereeing] that first game I thought, ‘This is probably my first and last soccer game.’"

“The lady that was getting me started, she says ‘All right Dan, it’s OK, you’ll do fine. I’ll do the first half,’” he recalled, noting the players were 5- or 6-year-olds, with their shorts down to their ankles. “... And I was just nervous as all get out. She did the first half, and then she said, ‘OK, it’s your turn; you do the second half.’ And I remember the parents getting so upset with me because I was looking out over the field and I was knocking kids down, and the parents were like ‘What are you doing out there?’”

What Murray didn’t know at the time was that it would be the start of a 34-year career as a ref.

“When I was finished with that first game I thought, ‘This is probably my first and last soccer game,’” he said. “But there were a lot of good folks that were in the soccer club where we were and a lot of people encouraging and helping people. I was in my 30s or better when I started, so it was a little late to get started, but I’m glad I stuck with it.”

Murray, who lives at the Green Lake home his family built in the 1800s, is retiring after this spring sports season — which was canceled as a result of COVID-19.

He was surprised by fellow referees Tom Konecny and Tiffany Shadick of Ripon and Gary Scholtens of Green Lake as they held a retirement party for him at his Green Lake house last week.

Read the full story in the June 4, 2020 edition of the Ripon Commonwealth Press.