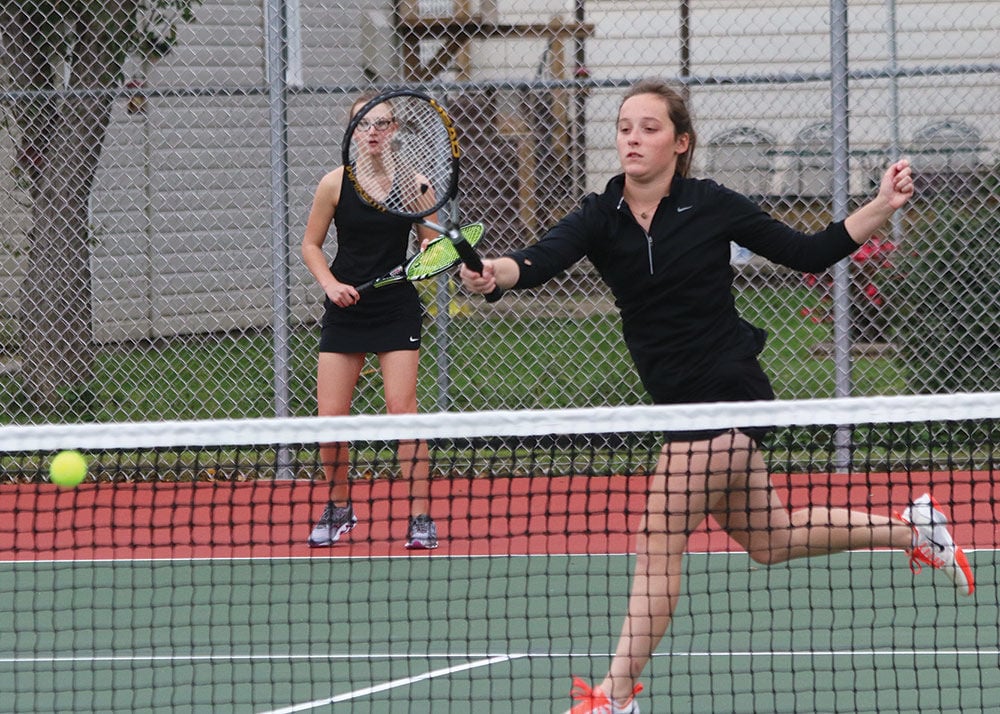 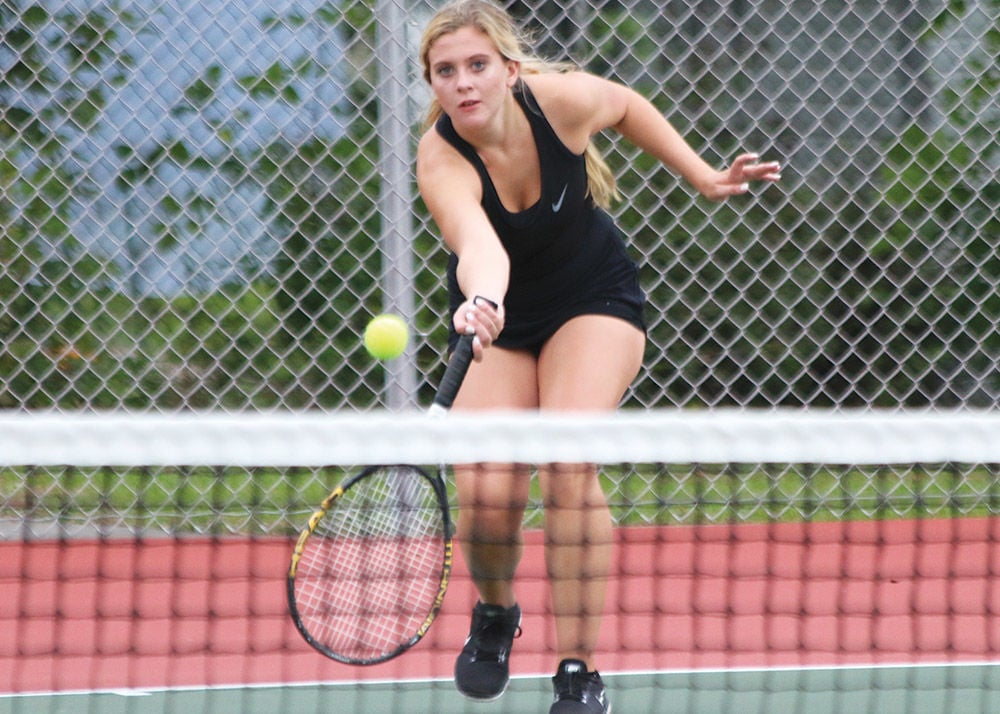 Olivia Reiter lobs the ball back toward her Kewaunee opponent last week Thursday at home. Rain ended her match early.

Olivia Reiter lobs the ball back toward her Kewaunee opponent last week Thursday at home. Rain ended her match early.

The Tigers battled both the Kewaunee Storm and Mother Nature last week Thursday in Ripon.

Playing the make-up of last week Tuesday’s rained-out dual, Ripon won four matches and was well on its way to winning the other three before the rain came and made the courts unplayable.

“We tried to accommodate Kewaunee,” Ripon head coach Breck Speers said. “They had a lot of activities including homecoming that they wanted to rush back for. They were not prepared for a Thursday match, but they came anyway even though it was a bad day for them. We started early. We didn’t ask them to bring JV because they asked not to, so it was really kind of a friendly match. There were three matches at the end that were almost totally finished, but not quite.”

He added the Kewaunee coach “graciously” conceded those final three matches rather than electing to finish them at a later date.

Two of those matches were one win away from being finished as Olivia Reiter was up 6-1, 5-2 at No. 2 singles and the No. 3 doubles team of Abby Cody and Danica Anderson were leading 6-0, 5-1 at the time it stopped.

Read full story in the Oct. 5, 2018 edition of the Ripon Commonwealth Press.