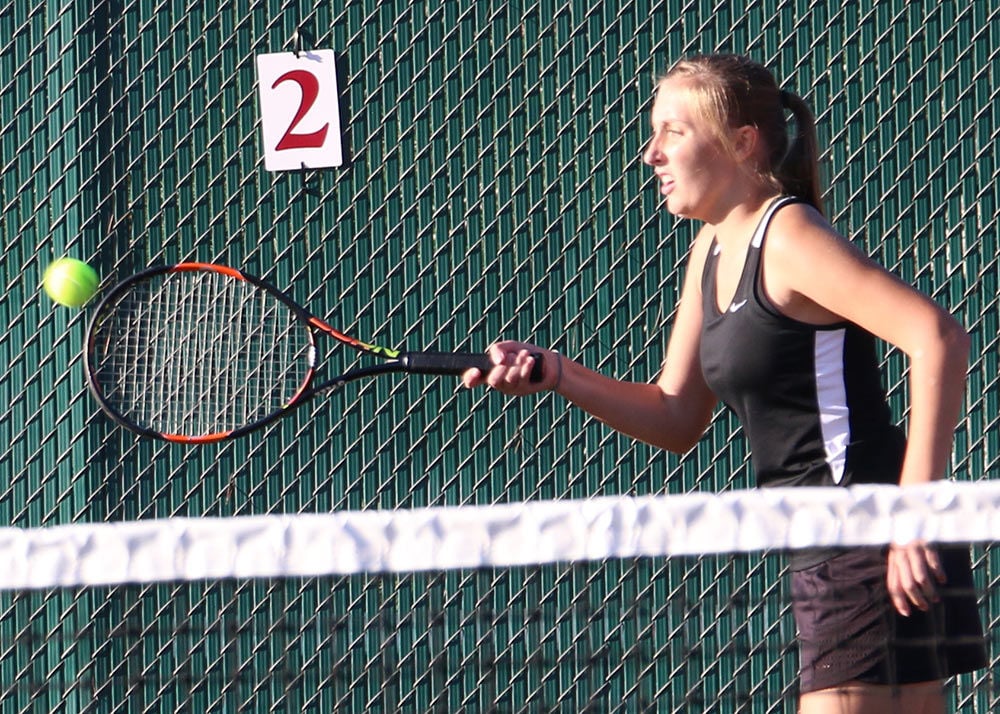 Dayton Coehoorn hits a return shot during her victory over Kewaskum at No. 4 singles.

Dayton Coehoorn hits a return shot during her victory over Kewaskum at No. 4 singles.

Going into Monday’s Wayland Academy Sub-sectional, the Ripon High School girls’ tennis team felt pretty good about its chances to qualify Maggie Raddatz and Emily Goyette at No. 1 and 2 singles.

What it didn’t expect was the performance of Dayton Coehoorn.

The sophomore, who started the year at No. 1 doubles, entered the tournament as the No. 7 seed out of 8 players at No. 4 singles and won both of her matches to advance.

“Dayton played the best tennis I’ve seen her play all year,” Ripon head coach Brent Sanderfoot said. “She started at doubles, but is more comfortable at singles. Though it took her a few matches to get back into singles mode, she picked the best time to play her best. Dayton kept the ball deep and played to her strengths. Dayton impressed a lot of people today.”

Coehoorn’s performance surprised even herself, especially considering her last trip to sub-sectionals, when she lost 2-6, 1-6.

“Going into it, I didn’t expect to get through just because how difficult last year was playing, but it was cool to go up against the girls who were really good,” she said. “... It made me feel good that I could actually beat them.”

Coehoorn will be joined at sectionals by seniors Raddatz and Goyette, who had no trouble winning their respective matches.

Read the full story, which includes comments from Raddatz and Goyette, in the Oct. 6, 2016 edition of the Ripon Commonwealth Press.