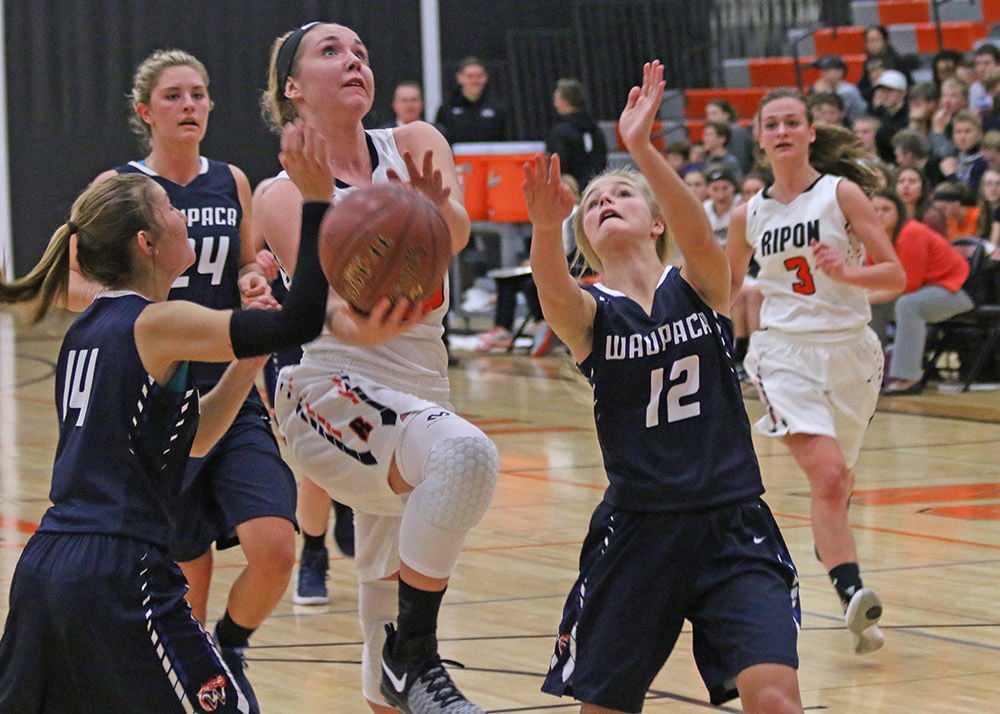 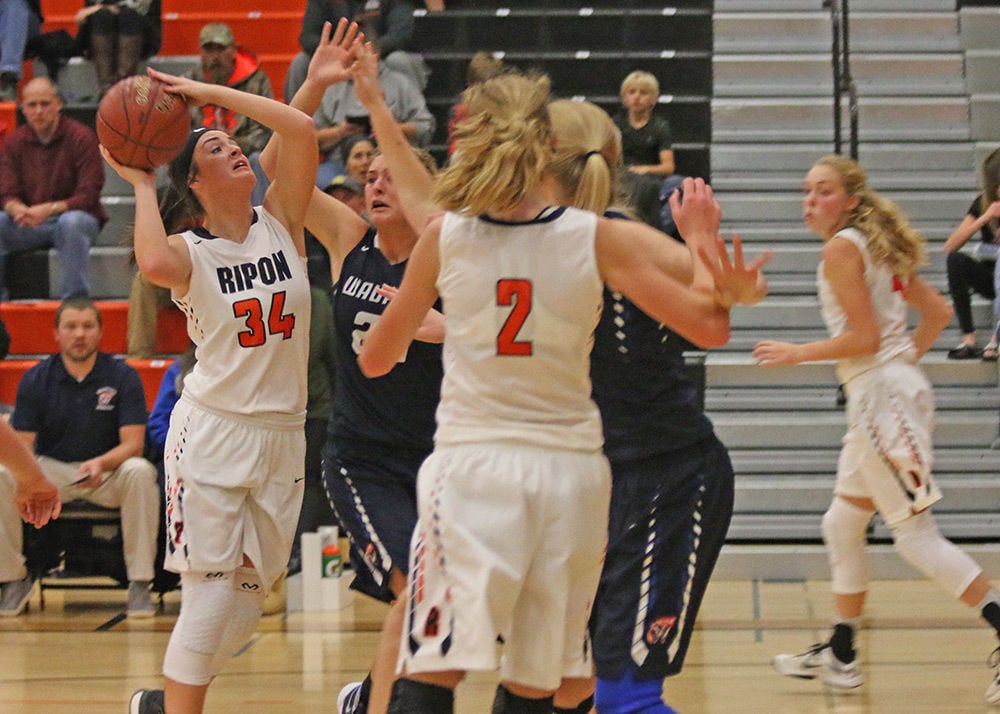 Erin McNeill goes up for a shot. She scored a team-high 20 points.

Erin McNeill goes up for a shot. She scored a team-high 20 points.

A new era of Ripon High School girls’ basketball got off on the right foot Tuesday as the host Tigers defeated Waupaca 41-32.

The game was the first for head coach Tom McNeill, who replaced long-time coach Jason Wickstrom.

“It’s great,” McNeill said of getting the first win. “More than anything it’s the anticipation of the first game and playing against different competition. We’ve been kind of beating up one another in practice, even though we had a limited number of practices. I think it was good for them to see different looks than the offenses that we will run in games.”

While the game wasn’t always pretty, the Tigers controlled Waupaca for the majority of the way.

After a little bit of back-and-forth action to begin the contest, Ripon took an 11-8 advantage on an Erin McNeill 3-pointer with around 10 minutes left in the first half and never relinquished it.

The Tigers extended the lead over the Comets to as many as nine points in the second half at 32-23.

But Waupaca didn’t go away easily as it cut the deficit to 34-30 with two minutes left, prompting Tom McNeill to call a timeout.

Read the full story, which includes information on what Tom McNeill told his team during that break, in the Nov. 17, 2016 edition of the Ripon Commonwealth Press.